The Ingolstadt-based auto company is developing a brand-new 2021 Audi Q4 e-tron compact crossover, which will debut in the first few months of next year. The Q4 e-tron will be another electric vehicle in the growing e-tron lineup, besides the SUV and the e-tron GT sedan. This model will bring 300 hp and an impressive 280 miles of driving range.

The concept is prepared, and we can see Audi’s intentions with this model. Well, at least design-wise plans. The upcoming compact crossover will be based on Volkswagen’s Modular Electric Drive platform, which will fit perfectly for this type of vehicle. Also, the cabin will show all of the technological updates and excellent features, which are one of the trademarks of the German company. 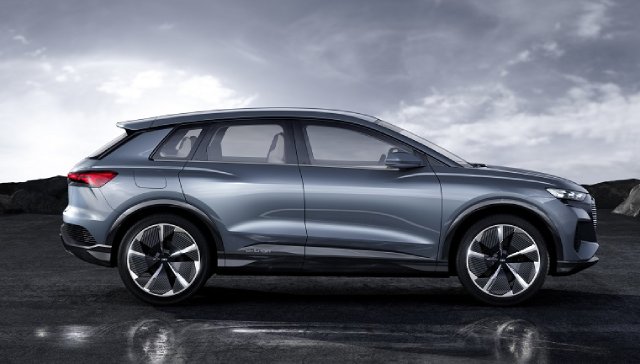 The concept of the forthcoming 2021 Audi Q4 e-tron reveals a new design language. Well, at least in comparison to the competition like Tesla’s Model Y, for example. Recently, we see a lot of the EVs and concepts announced, but only a few enter the production. But, Audi is serious when it comes to the electrification strategy.

As we mentioned in the introduction paragraph, the 2021 Q4 e-tron will be based on a fully electric MEB platform. This architecture allows the vehicle to take full advantage of the packaging opportunities offered by full electrification. The exterior design is a bold step forward, compared to the other similar cars from the class. You’ll notice that the grille features horizontal slats, while the focal point of the rear side is the new version of a horizontal light bar.

Furthermore, the flanks will get muscular fenders, which cause one to remember the traditional Quattro blisters. However, you won’t find any electronics on the outside, not even a camera-based rearview mirror. The cabin looks very futuristic, and it comes with a fully electronic cluster, four Alcantara seats, and a refined gear selector. 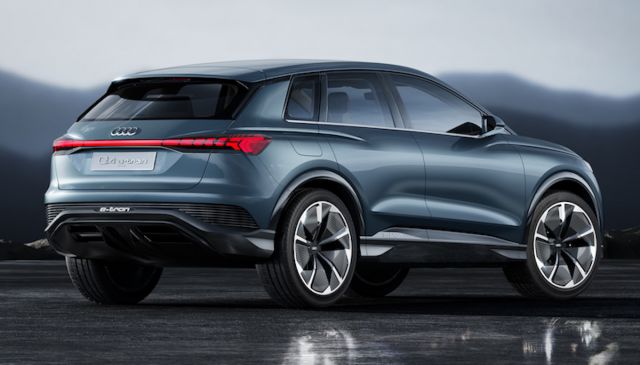 The cabin of 2021 Audi Q4 e-tron is a carmaker’s technological exhibition. You’ll find a bunch of useful gadgets, such as digital gauge display, or large infotainment touchscreen. The screen is now angled more toward the driver, which will make access to the various menus and features much more comfortable.

The Q4 e-tron ca accommodate up to five passengers, with front and back bucket seats, padded with faux-suede upholstery, with metal e-tron-branded detailing below the headrest. Furthermore, the cabin space should be equal to the current Q5 model. That’s more than enough room for four adults passenger and their cargo. 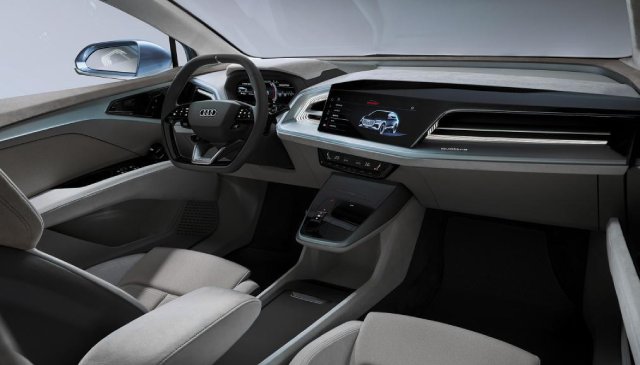 As for the engine room, 2021 Audi Q4 e-tron comes with an electric motor on each axle, with a total output of 300 hp. The German company claims that the 0-60 mph acceleration will be 6.3 seconds and a maximum speed of 112 mph. Moreover, an available 82.0 kWh battery provides 280 miles of driving range. However, we can’t tell you if the driving range is true since the Q4 e-tron is still a concept car.

Therefore, we didn’t see any official driving tests. The rear-biased torque distribution, the 50/50 front/rear/ weight balance, alongside the ultraquick torque control system, will deliver more sporty feeling to the Q4 e-tron, as well as more agility. This model will roll on 22-inch wheels, and 265/40 Pirelli P Zero rubber. On top of that, Audi will include a MacPherson front and multilink rear suspension with adaptive dampers.

The release date for the United States is scheduled in the early months of 2021. But, at the same time, the rest of the major automotive companies will probably release an EV of their own. So, the forthcoming 2021 Audi Q4 e-tron will have fierce competition. One of the major rivals will be the announced Tesla Model Y. The starting price is still unknown.