Although the photos don’t reveal much, due to the heavy camouflage, it is noticeable that the brand-new Pathfinder will follow the same design language as the recent Nissan’s models. Still, the Japanese company did not yet confirm that the spied prototype will be the new generation of the Pathfinder. But, one thing is sure – the forthcoming model will keep the D platform and the front-wheel-drive setup. That also means that the engine list will remain the same as well. 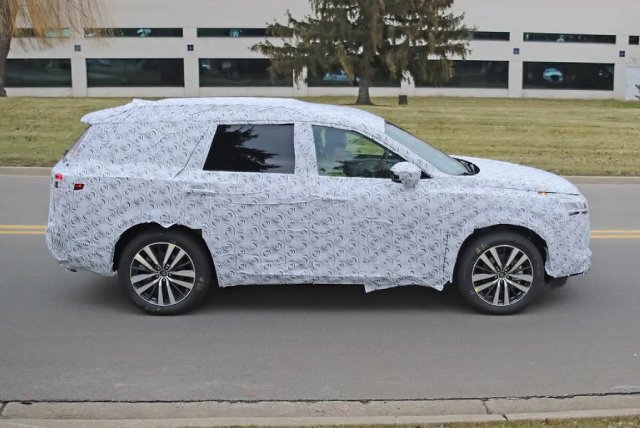 Well, as we look at the leaked photos, we can say that the exterior design of the brand-new 2021 Nissan Pathfinder fits in the mold of the previous version. But, the forthcoming brings more aerodynamics and different styling than the traditional boxy SUV look. Moreover, the nose brings a prominent chrome “V” grille, like on the Altima, and the tall headlights which are swept back. On the side, you’ll notice massive, short shoulder lines over the wheels arches.

We assume that the latest Juke model was the inspiration for this design element. Furthermore, the roofline will remain the same as in the previous generation. However, it seems lower a little bit than before. The windows appear different, while the rear windows wrap around the D-pillar. As for the back, the taillights come slimmer and wider, and they blend into the back shoulder lines. Yet, the hatch glass doesn’t include the bevels from the current model, enhancing even further the wrap-around design.

As for the cabin, the 2021 Nissan Pathfinder will provide an equal amount of space as before. Moreover, the company will include more modern technologies and premium features. We can expect to see a good amount of updates. Of course, the Pathfinder will be refined more, when the automaker gets the first feedbacks from the customers.

As for the standard equipment, the base model will offer an 8-inch touchscreen, USB ports, HD Radio, and tri-zone climate control. The SL version adds more luxury features, such as a 13-speaker sound system, leather seats, and heated front seats. On top of that, the top-ranking model Platinum will include all the standard equipment fro the previous two and add a significant amount of unique features like the panoramic moonroof and rear-seat entertainment system. 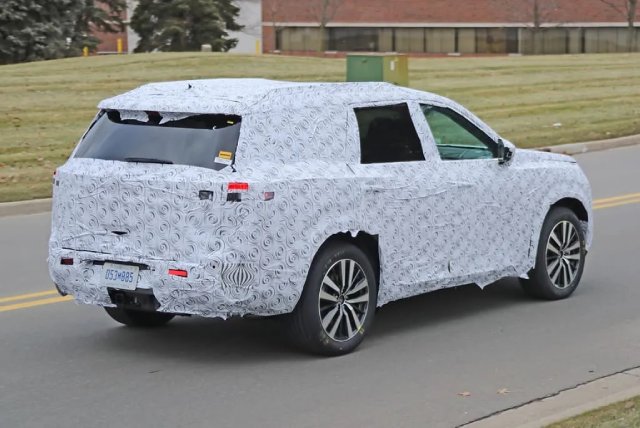 However, there’s not much info about the engine room of the 2021 Pathfinder. Sure, we know that we will ride on a D platform, with a transverse-mounted engine and FWD system as standard. Of course, the AWD will be available as well. So, the main question is, is the old 3.5-liter v6 still good enough for the new generation?

Still, the Japanese company might decide to use a turbocharged 2.0-liter variable-compression four-cylinder mill, which the Nissan Altima uses. Well, since the spied prototype looks almost production-ready, we assume that Nissan will reveal more info regarding the engine room very soon.

The release date of the 2021 Nissan Pathfinder is still unknown. Likewise, the Yokohama-based carmaker didn’t reveal the starting price either. But, according to some reports, the brand-new mid-size crossover SUV will start around $33,000. On the other hand, the Premium model will come with a $50,000 price sticker.