2023 Honda Pilot Redesign: What We Know So Far

The current generation of Honda’s three-row crossover debuted as a 2016 model and if we consider the company’s practice to redesign its models every seven years, it’s quite obvious that big changes are around the corner. The 2023 Honda Pilot will come completely redesigned and we have big expectations from it. The testing model has already been spotted and while it still wears a camouflage, we know what to expect from the new model, at least in some aspects.

The new model is still in the early stage of development but we know for sure it will get a completely new chassis. Furthermore, it will come with a completely new look, as well as with a new interior. It will also be bigger compared to the current model, which promises more space on the inside. Finally, we might see some interesting novelties under the hood.

The all-new 2023 Honda Pilot is expected to arrive sometime in the second half of the next year. 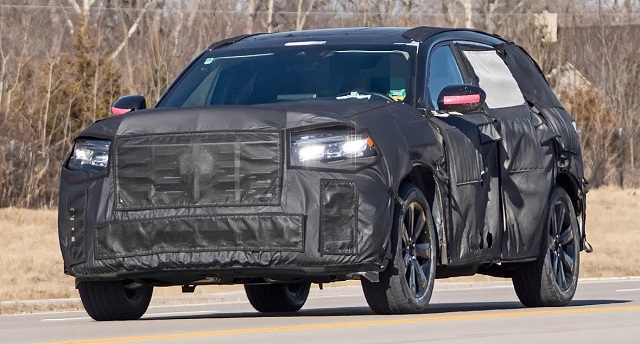 The 2023 Honda Pilot will come completely redesigned and we count on big novelties. One of the first things that come to mind is the platform, which will be the same as the one that’s used for the new Acura MDX. The two models will share a lot of things, including the new chassis, which is notably stiffer than its predecessor. Along with a new suspension setup, there is no doubt that the new Pilot will bring notable improvements in terms of handling and overall ride quality.

The new platform will bring other kinds of novelties and one of them is electrification. It should be able to accommodate all kinds of battery packs, so one of the novelties we expect to see is a plug-in hybrid version in the future. More about that in the “Engine” section.

Of course, some of the biggest changes will be regarding exterior design. Once again, the Pilot will share most of its design characteristics with the MDX, including the wheelbase, which is 2.8-inches longer than before. Obviously, the 2023 Honda Pilot will be bigger in other dimensions as well, including total length. All this will bring improvements regarding interior space and practicality.

Naturally, we also count on a completely new styling. At this point, the test mule still wears a complete camouflage, so it’s hard to talk about details. However, we may presume that the new model will take a lot of inspiration from the recently updated Ridgeline. The new pickup features a pretty massive and bold face, which would perfectly suit the new Pilot, so we expect the same aesthetical approach from the three-row SUV. The rest of the body should also bring a more muscular appeal. 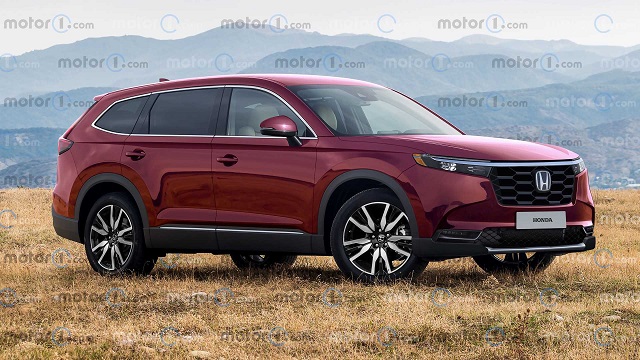 Without any doubt, this redesign will also bring a completely new interior design. First of all, we count on a completely new dashboard. The current one looks good and features good quality but somehow looks less upscale to flashier younger rivals. We count on more attractive aesthetics, as well as on further improvements regarding materials, build quality etc. Also, we expect to see more tech features, including a new, much better infotainment system.

As we already mentioned, the new 2023 Honda Pilot will be bigger than its predecessor. So, we also count on more interior space. Of course, three rows of seats will be standard, while the longer wheelbase should provide more legroom, especially in the third row. The cargo area could also be bigger, though the current model is already pretty impressive in this aspect and offers some of the highest ratings in the class.

When it comes to the powertrain, we expect that the 2023 Honda Pilot will stick with proven design solutions. In other words, the current 3.5-liter V6 will certainly carry on. We count on a max output of 290 horsepower and 267 pound-feet of torque, which should ensure solid driving dynamics and a convenient ride. Of course, the engine will come in pair with a 9-speed automatic transmission.

We also count on some form of electrification. The current Pilot isn’t available with such a powertrain but things will change soon. Most likely the 2023 Honda Pilot will come with a plug-in hybrid setup, though the details are still unavailable. We presume more things will be known in the near future.

The new platform supports various forms of electrifications, so it won’t be a surprise if we see an all-electric version one day as well. 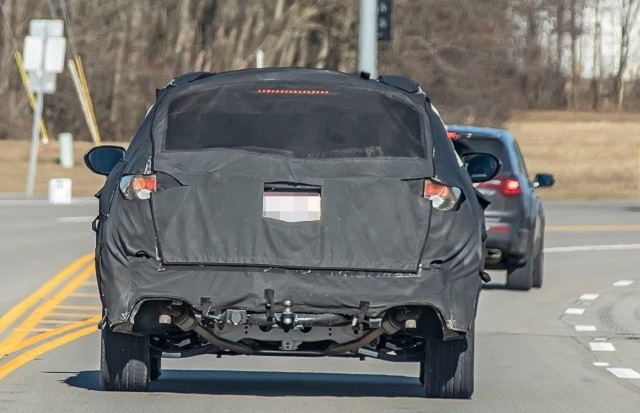 We expect that the 2023 Honda Pilot will hit the market sometime in the second half of 2022. The starting price should go around 33-35.000 dollars. Of course, the competition remains the same – Toyota Highlander, Hyundai Palisade, VW Atlas etc.