2021 Buick Enclave Is Ready For Facelift!

The 2021 Buick Enclave is about to get big changes if we can rely on the latest reports. The brand’s flagship crossover is about to get a mid-cycle refresh, a little bit sooner than you would probably expect. When it comes to age, the current generation has been around since 2018, so the refresh will come only three years later. At this point, we can only judge by the spy shots, which show the test mule with a bit of camouflage, particularly at the front. It’s not hard to conclude that the focus will be on visual updates. On the other side, the overall layout should remain the same, so you may count on the same dimensions, engine etc. The interior design should remain pretty much the same as well.

All this means that you may count on a crossover that puts focus on comfort and offers a very smooth ride. You may count on plenty of interior space, powerful engines, and a long list of standard equipment, which is something that puts this crossover pretty close to something that we call a premium segment. The 2021 Buick Enclave should hit the market sometime late in the year. 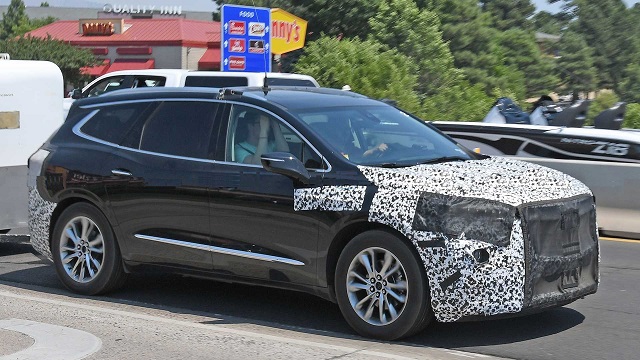 Without any doubt, this will be the aspect with most changes. Moreover, we don’t expect any bigger changes in other areas, so the styling will be in the focus. The testing model has been spotted already. From what we can see on spy photos is that most of the changes will come at the front. This will be a typical facelift, and the covered areas clearly show what will be changed for the next year. Naturally, those are parts like headlights, grille and bumper, but it looks like the new model will also get more muscles around wheels. On the other end, we count on a new hatch design and some smaller revisions on taillights. Finally, count on a couple of new color options and new wheels.

Some reports suggest the new front end will look just like the recently-introduced Chinese version of Enclave, which comes with extra narrow headlights and many other modifications. This model is notably smaller compared to the North American version, and rides on standard variants of the C1 platform, with a little bit more than 112 inches in wheelbase, just like GMC Acadia.

On the other side, the 2021 Buick Enclave for the domestic market will carry on with the same dimensions. It rides on a stretched C1 platform and measures nearly 121 inches in wheelbase, just like Chevy Traverse. With such length, it offers three spacious rows of seats and some of the highest levels of comfort in the class. 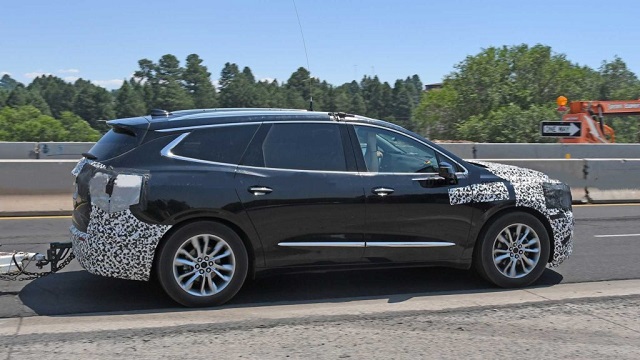 As we’ve just mentioned, this is one of the most comfortable models in the class. Given the wheelbase length, it’s no wonder that there are three spacious rows of seats, where the third row is also adult-friendly, which isn’t the case with most mid-size crossovers. The cargo area is also extremely generous. You may count on about 23.6 cubic feet of space behind the third row, while the overall cargo volume goes all-away up to pretty impressive 97.6 cubic feet.

When it comes to the dashboard design, we don’t expect bigger changes for the next year. This means you may count on an attractive layout, full of quality materials. Of course, new color schemes are always possible.

Of course, there is always a chance to see novelties in terms of standard features, though we have to say that the current model already looks pretty impressive in this aspect. The list of standard equipment includes tech goodies like an 8-inch touch screen, smartphone connectivity via Apple CarPlay and Android Auto, a six-speaker stereo, a Wi-Fi hot spot, a satellite radio, Bluetooth, six USB ports, and Siri Eyes Free. The list of available features includes navigation, wireless device charging, a premium 10-speaker Bose sound system, an 8-inch driver display, and a dual-pane moonroof. Some of these could become standard in the next year. 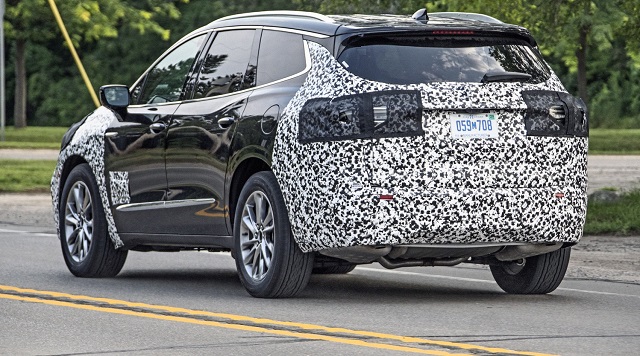 This aspect of 2021 Buick Enclave definitely won’t bring any change. The next-year model will carry on with the same setup, which is based on a well-known and proven 3.6-liter V6 engine, which in this case delivers around 310 horsepower and 266 pound-feet of torque. That’s a quite respectable amount of power, which is sent through a smooth-shifting 9-speed automatic transmission to either front or all wheels, depending on the version you choose.

Driving dynamics are very good, as well as fuel economy. You may count on about 18 mpg in the city and 26 mpg on the highway, which are typical numbers for the class.

We expect to see 2021 Buick Enclave sometime late in the year, with the starting price around 40.000 dollars.