2021 Jeep Grand Cherokee Gets A New Platform, Perhaps Even The Three-Row Setup

Still, Jeep announces a new platform for the upcoming SUV. With that said, maybe the 2021MY will get a new engine as well? Furthermore, if the new platform arrives, we assume that the Grand Cherokee will be larger and more massive than its predecessor. But, according to the reports, it will keep a two-row configuration. All in all, there’s a lot of mystery around the upcoming model. We will try to give you a bit of insight into what to expect. Well, “when to expect” is a whole different story, since the release date is unknown. 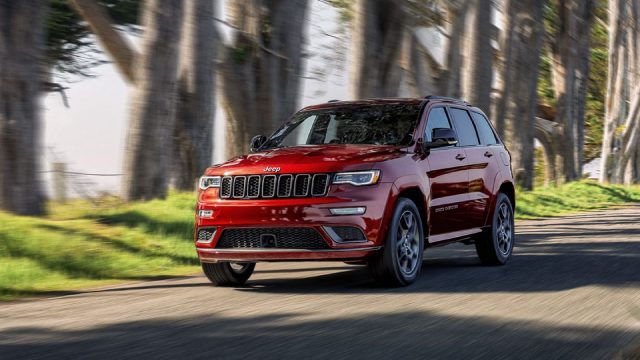 The recently leaked spy shots of the upcoming 2021 Jeep Grand Cherokee reveals a couple of things. First, we have no doubt that the mid-size SUV will look quite impressive. The new model will keep the traditional design language, which includes a seven-slot grille. Also, the wheelbase seems to be longer than before. At the back, the overhangs are more striking, which will additionally improve the overall appearance.

Moreover, the longer wheelbase means more space for the passengers, better comfort, and extended cargo area. But, the vehicle is still in the early stage of the production. The design department will surely change some elements, and tweak the exterior shape a bit. But, we assume that the general form of the vehicle will remain pretty much the same. 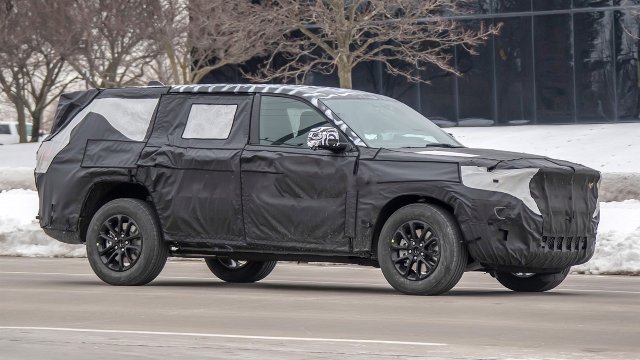 2021 Jeep Grand Cherokee Will Ride On A New Platform

Certainly, the platform speculations are one of the most interesting topics around the 2021 Jeep Grand Cherokee. Last year, Jeep’s CEO stated that the forthcoming mid-size SUV will be built on a stretched version of the Alfa Romeo’s architecture. So, that actually means that the brand-new Grand Cherokee will ride on a Giorgio platform.

The identical architecture can be found in Giulia sedan, and Stelvio crossover as well. Well, the Giorgio platform also means larger dimensions of the Grand Cherokee. The ongoing model rides on the architecture shared with Dodge Durango, and Mercedes-Benz.

As for the interior, 2021 Jeep Grand Cherokee is preparing a good number of updates and changes. The automaker is working on a smooth design, and it will present a redesigned instrument panel. Furthermore, the center console will get some minor tweaks too. Also, the HVAC vents will be more horizontally-oriented, while a fresh 7-inch touchscreen will be part of the standard equipment.

Likewise, the Grand Cherokee will include another 10.5-inch cluster. But, it will be available only for the higher trims. The customers will find an improved steering wheel 360-degree camera system, and a new shift leveler. On top of that, the rotary dial will replace the ZF 8-speed automatic shift leveler as well. As we mentioned above, the arriving model will have a longer wheelbase. Besides that, the stretched platform will provide more room inside and better comfort. The Grand Cherokee will stay the two-row SUV. However, there are some rumors which claim that we might see the three-row setup for the first time. 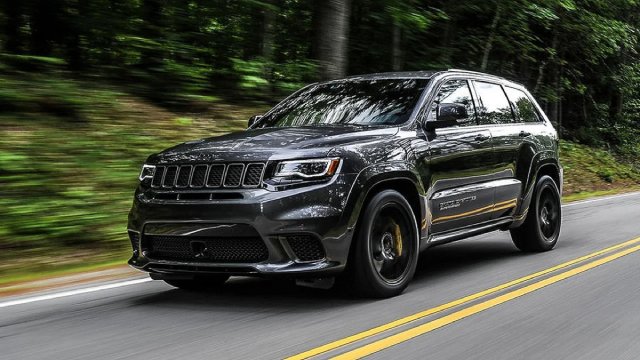 What Engine Will the New Grand Cherokee Use?

Well, if the 2021 Jeep Grand Cherokee will have a new platform, the next logical question is – what engine will it use? One of the options could be a new turbo-six powertrain, also known as “GME-T6”, that makes over 400 hp. But, the more realistic solution is that the company will choose a range of proven and reliable drivetrains.

So, we expect to see a 3.6-liter V6 unit perfectly suitable. This type of engine comes with practically every Jeep’s SUV or crossover model, so the customers will be familiar with it. Also, a 5.7-liter Hemi V8 unit could be an additional force. The last option is a smaller 2.0-liter turbo-four engine, which produces 270 hp and 295 lb-ft of torque. On top of that, 2021MY will include the Trackhawk version and its powerful supercharged V8 mill.

At the moment, the company still did not announce the official release date. But, the sources from the Ohio-based automaker claims that the 2021 Jeep Grand Cherokee will be ready before the end of the year. However, the sales will start in the first few months of 2021.

Furthermore, taking into account the expected updates and changes, we assume that the starting price will be significantly higher than in the current model. So, the new Grand Cherokee might come with a price sticker of around $35,000-40,000. On the other hand, the range-topping model, the Trackhawh will hit close to $85,000 mark.