2021 Kia Sorento Redesign: What to Expect?

The current generation of Kia’s mid-size crossover is getting close to the end of the production cycle and the new model is on the way. According to the latest reports, the all-new will certainly come by the end of the year, despite the Coronavirus outbreak. It will come as the 2021 Kia Sorento and it will bring a full load of novelties. While the company still tries to keep most details as secret, many of them are already known.

From what we know about the 2021 Kia Sorento, and we know a lot, the new model will be slightly bigger. Also, it will come with completely new styling, bolder, and sharper than before. Furthermore, big improvements in terms of the interior quality are on the way as well, as well as the additions of various new tech and safety features. Finally, count on interesting engine options, including a hybrid version. 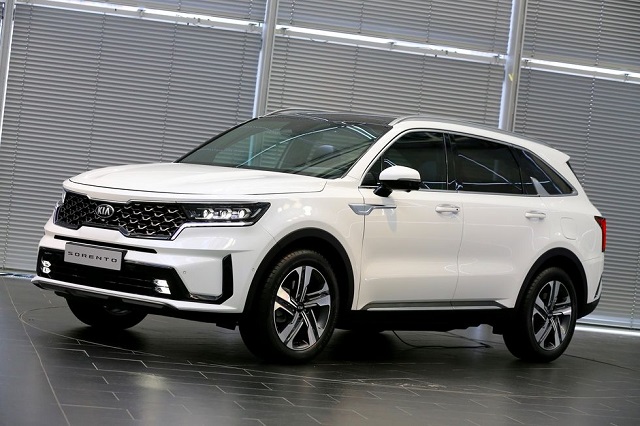 The upcoming redesign is about to bring loads of interesting novelties and the first one that comes to mind is definitely a new styling. We can already see rendering photos and from what we can see, the new model will look amazing. Compared to the previous generation, changes are significant. There are no more curvy lines. The new 2021 Kia Sorento is extremely sharp appearance, characterized by a very boxy shape, designed in a typical SUV manner. Furthermore, there are numerous details like chrome, LED lighting, and similar things that make this model look far more upscale.

The overall shape is pretty SUVish, while both ends of the new model look quite premium. Simply we have no doubt that the styling will be one of the key selling points of the new generation. Another thing we should mention is the side. With the appearance of the brand-new Telluride, it became obvious that the next-generation Sorento won’t grow too much, as it was expected before. The new model gets only an inch and a half in wheelbase, while the overall length is practically the same.

As we already mentioned, the new model features practically the same size as its predecessor. However, the slight increase in wheelbase will certainly make the drive more relaxed, especially in the second row. We count on more space in the cargo area as well. 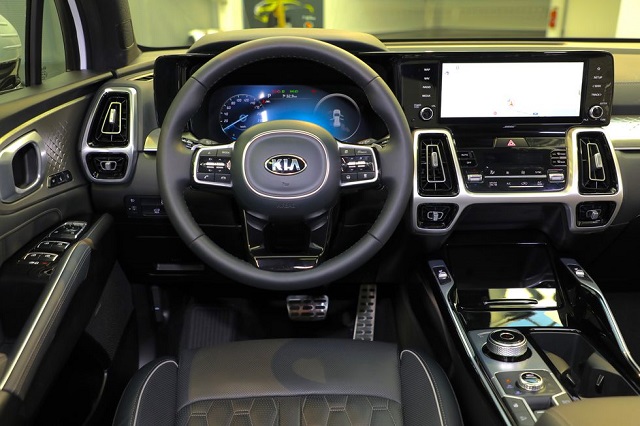 Still, the thing that feels far more important in this case is that the 2021 Kia Sorento brings a completely new cabin layout. We particularly like the look of the new dashboard, which feels far more upscale compared to the previous generation. The aesthetics are really impressive and this crossover definitely can be comparable with premium crossover in some aspects. Materials are really fine, while the final touches are on a high level as well. Finally, we count on a pretty long list of tech goodies, which will make everything look even more opulent.

From what we know so far, the new 2021 Kia Sorento will come in two variants for the North American market. First of all, you may count on a new 2.5-liter turbo-four, which puts around 277 horsepower. All this power will be sent through an 8-speed transmission to front wheels in standard models, while the AWD models will be available as well.

For those who are looking for something more efficient, there will be a hybrid version as well. This model will combine a familiar 1.6-liter turbo-four petrol engine with a 59-hp electric motor, for a total output of 227 horsepower. This engine will also come in pairs with 8-speed automatic transmission. 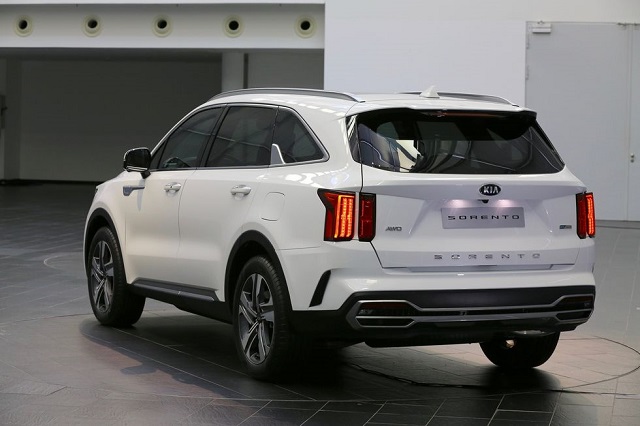 The Coronavirus outbreak caused many delays but it looks like that won’t be the case with the 2021 Kia Sorento, which will hit the market by the end of the year, according to the latest reports. The price is still a mystery but we presume base models will go around 28.000 dollars. Key competitors will be models like Honda Passport, Ford Edge, Chevy Blazer, etc.