The European car market has always been specific, so it’s no wonder that Korean company has a developing center in Germany, which has a task to bring the Korean models closer that demanding drivers of the Old Continent. Kia has been doing this in a great fashion for years and these days, it’s not just a cheap alternative, the equal competitor to refined European cars. This particularly refers to small cars and given the latest situation on the market, the Korean company has prepared something very interesting. It comes in the form of 2021 Kia Xceed, which represents this company in the segment of compact crossovers.

The new model offers a great driving experience. It is comfortable and easy to drive. Despite the relatively high ground clearance, it offers responsive handling and solid driving dynamics. The interior looks classy, while the list of standard and available equipment is pretty long. All this comes at a quite attractive price, so it’s hard not to like the 2021 Kia Xceed. 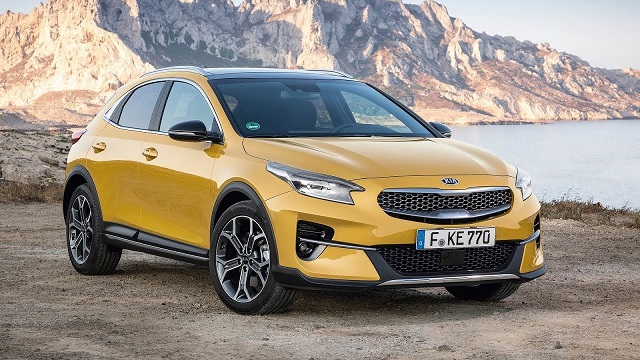 Given the model’s name, it’s quite obvious to realize which model serves as the basis for this crossover. Of course, we are talking about the popular compact hatchback Ceed, which has been notably tweaked for this occasion. Even though the two models look very similar, the 2021 Kia Xceed is actually 85 millimeters longer. Obviously, it sits notably higher than the hatchback, around 40 mm. That makes it look crossover-ish but the ground clearance is actually much lower compared to the more traditionally designed compact SUV, the Sportage. As a result, the Xceed is still pretty amazing on the road, which remains its natural habitus

The new model is based on the company’s new K2 platform, which brings many novelties. One of the things that come to mind first is the independent rear suspension, which has a significant impact on comfort and ride quality. The actual ride quality isn’t much different compared to the more conventional hatchback, which is good.

On the inside, you can notice a familiar layout. The dashboard comes in the manner of Kia’s latest-generation modes, which brings notable improvements in terms of quality and style. Most materials are soft to the touch, even in most basic variants. Furthermore, there is a large 10.25-inch touchscreen. In higher trim levels, you can also get a large 12.3-inch digital instrument cluster. 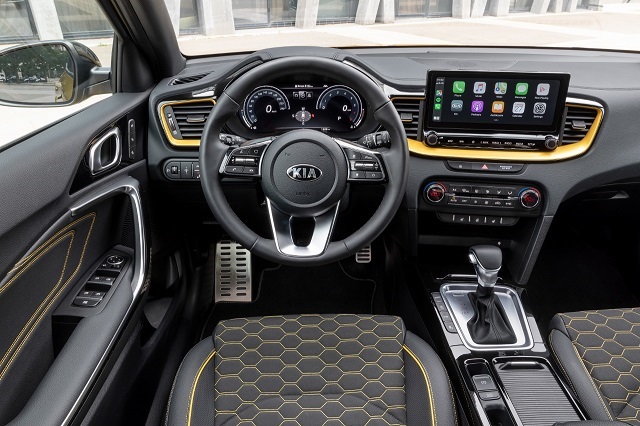 Speaking of standard and available equipment, it’s worth to mention that things like Satellite navigation, Apple CarPlay and Android Auto preparation, DAB radio and Bluetooth are all standard. As we’ve just mentioned, a 12.3-inch digital instrument cluster is available in higher trims, as well as a premium JBL audio system.

The 2021 Kia Xceed benefits from the bigger size in a few ways and one of them is the cargo area. It is good for about 426 litres, which is 31 more compared to Ceed.

You may count on three engine options for the 2021 Kia Xceed. Base models feature a small 1.0-liter turbo-petrol unit, which puts out around 120 horsepower. The acceleration is decent, though the optional 1.4-liter engine delivers around 140 horsepower. Those who prefer diesel can pick a familiar 1.6-liter turbodiesel, which is good for about 136 horsepower. All three engines come coupled with a 6-speed manual gearbox, while the 1.4-liter engine is also available with a 7-speed dual-clutch automatic transmission. 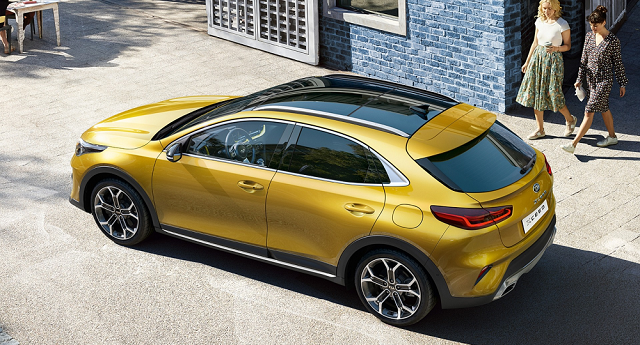