Lexus GX 460 is one of the finest luxury mid-size SUVs on the market. This model is famous for its reliability, premium features, and outstanding performances. However, even the best of the best needs come updates from time to time. Therefore, the automaker confirmed that the upcoming 2021 Lexus GX 460 will get a couple of changes. Well, the LX enters a new generation.

The company will introduce LX600 SUV with a 6.0-liter drivetrain, which will produce 600 hp. On the other hand, the GX 460 will probably keep the same V8 mill under the hood. But, the automaker is developing a brand-new twin-turbo V6 setup as well. There’s a big chance that we will see it in the 2021 GX 460. As for the release date, the model is in the testing phase at the moment. So, we expect to see it in the second half of the year. 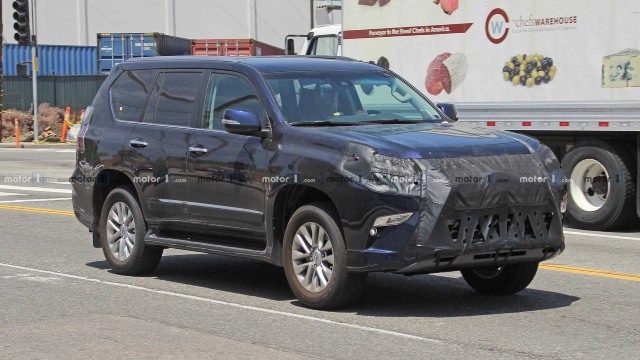 According to the leaked photos of the forthcoming 2021 Lexus GX 460, we’re in for the serious redesign. The overall appearance is more aggressive and powerful. As you can see, the front side is mostly covered with camo. Therefore, we expect to see some changes for the grille, and eventually the front bumper. Also, the test vehicle seems a higher a bit than the previous version. The GX 460 design is becoming quite old, in a modern-day industry.

Surely, the company will try to find a way to make this mid-size SUV as attractive as it can. Furthermore, recently we had a chance to see leaked photos od the Land Cruiser Prado. Why is this important? Well, Prado is GX 460’s sibling for European and Asian markets. So, Lexus might borrow some of the design cues from the parent company, and integrated it into its mid-size SUV. 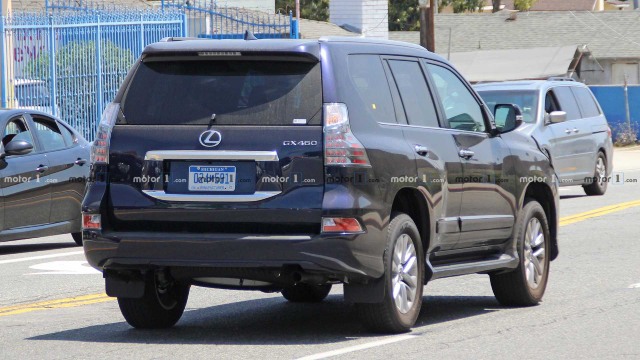 Well, the LX600 is not going the be the only model with the new engine. Lexus is developing a more efficient system for the 2021 GX 460. At the moment the mid-sie SUV uses a 4.6-liter V8 engine. This unit is good for 300 hp, and it returns 16 miles per gallon. That’s more than enough power to take you wherever you want to go. However, the fuel economy is an obvious problem. Therefore, the company will introduce a brand-new twin-turbo V6.

Will it be ready for the 2021MY? It’s hard to tell. There’s a chance bit we expect to see a new engine in 2022 GX 460 rather than in the arriving model. Moreover, certain rumors claim that the mid-size SUV will include a hybrid powertrain as well. Taking into account that Toyota is the leader in the hybrid SUV segment this doesn’t sound impossible. The Japanese automaker is capable to produce hybrid powertrain for a vehicle of this size. We’ll see if Toyota will take this challenge.

The release date of 2021 Lexus GX 460 is set for the second half of the year. We will come back to this review and edit this section when the company announced the official date. As for the price, the luxury mid-size SUV will start around $55,000. But, if you choose the higher trim levels and additional packages, the price will go over $65,000.