While some sources suggest that the 2021 Nissan Murano might come completely redesigned, we are pretty sure that this won’t happen. The current generation will probably remain in production for another year or two. Things are pretty simple here. The Japanese manufacturer has just launched the all-new Juke, while the new Rogue/X-Trail and Qashqai are also on the way to hit the market. Therefore, this mid-size crossover will have to wait its turn. After all, it is the youngest model among the mentioned crossovers.

All this means that the 2021 Nissan Murano won’t feature too many changes. We are about to see a familiar design, which hasn’t been changed too much since 2015. The next model year won’t bring any particular change and the best we could see are tweaks in terms of standard equipment and optional packages. On the other side, you may count on the same styling and mechanics, as well as on the same interior layout. Considering that there are no bigger changes to come for the next year, we expect to see it sometime in the last quarter of 2020. 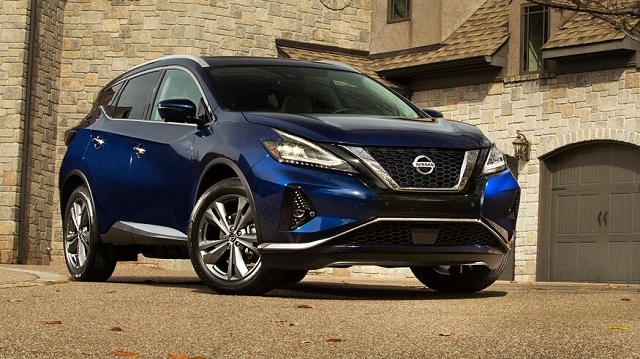 In terms of base design characteristics, the 2021 Nissan Murano definitely won’t change. The current generation has been around since 2015 and the model still looks fairly attractive. It doesn’t feature the brand’s latest design language but definitely looks contemporary, with the well-known V-Motion grille layout. The next year might bring new color options, but we doubt anything more than that will happen.

When it comes to mechanics, Murano still relies on a good-old D platform. It is spacious and comfortable, though the driving experience isn’t at the same level if we compare this crossover with rivals like Ford Edge, Honda Passport or new Hyundai Santa Fe. Simply, handling feels a little bit uninspiring, while there is also a lot of body roll in the corners.

When it comes to the interior design, the 2021 Nissan Murano shouldn’t change either. Of course, tweaks in terms of interior color schemes are always possible, but the overall cabin layout will certainly remain the same. This means you may count on a well-built cabin. There is a lot of fine materials around the cabin, while the dashboard looks nice. However, we have to say that many rivals look more attractive from the inside. 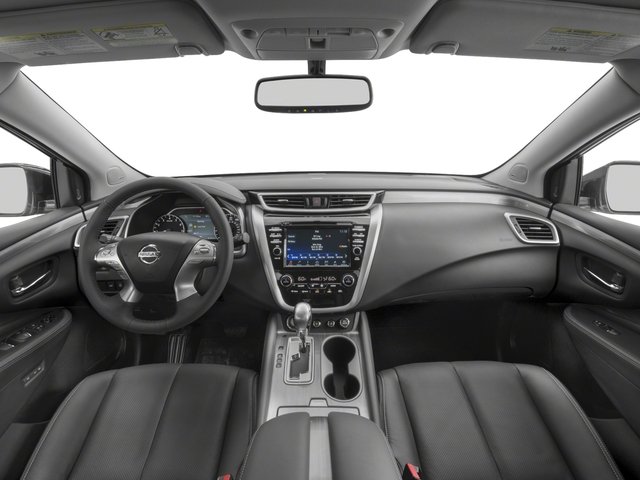 From the comfort side, there is really nothing to complain about. Traditionally, Nissan offers some of the best seats in the class, while the amount of legroom is generous in both rows of seats. The cargo area is also more than decent. You may count on about 32 cubic feet behind the second row and 67 cubic feet of the overall cargo space.

This is the aspect where we could see some changes for the next year. Still, don’t expect too much. Most of the things will remain the same, though there is some room to see a couple of additions to the list of standard equipment. The current model comes standard with tech goodies like an 8-inch touch screen, Apple CarPlay, Android Auto, satellite radio, voice recognition, six speakers, Bluetooth, and four USB ports. In higher trim levels, you can also get things like navigation, premium Bose audio system, HD radio etc.

Things under the hood will certainly remain the same. The 2021 Nissan Murano will carry on with a well-known 3.5-liter V6. In this case, the well-known engine puts out around 260 horsepower and 240 pound-feet of torque.  It definitely isn’t the fastest model in the class, but driving dynamics are more than decent. The engine comes in pair with a CVT gearbox, which is one of the best units of this type on the market. You can get both FWD and AWD layout.

One of the main benefits of CVT gearbox is fuel economy. This crossover returns around 20 mpg in the city and 28 mpg on the highway. Those are some of the highest ratings in the class, better than many four-cylinder rivals. 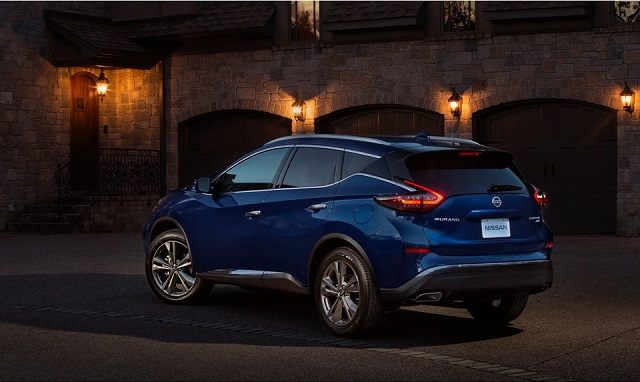 Considering that there are no bigger changes to come for the next year, we presume that the 2021 Nissan Murano will hit showrooms sometime in the last quarter of the year. When it comes to the price, we don’t expect bigger changes either, so base models should go around 32.000 dollars. As we already mentioned, this model competes with other two-row mid-size SUVs, such as Ford Edge, Hyundai Santa Fe, Honda Passport etc.