Subaru’s smallest crossover has been in the current form for about three years and the 2021 Subaru Crosstrek brings a couple of quite interesting novelties. In order to be more competitive, the Japanese manufacturer prepares a new front end for the upcoming model year, while we are about to see notable changes under the hood as well. So far, one of the main negative critics about this crossover was the lack of more powerful engine options. This will finally change with the 2021 Subaru Crosstrek, which brings a new option to the table.

On the other side, the overall layout will remain the same. This crossover is strong in many points, starting from solid build quality and excellent AWD systems. Furthermore, the cabin looks nice, while the list of standard equipment is also pretty decent. The hybrid version will remain in the offer too and it won’t feature any particular change. We expect to see the new model in the next couple of months. 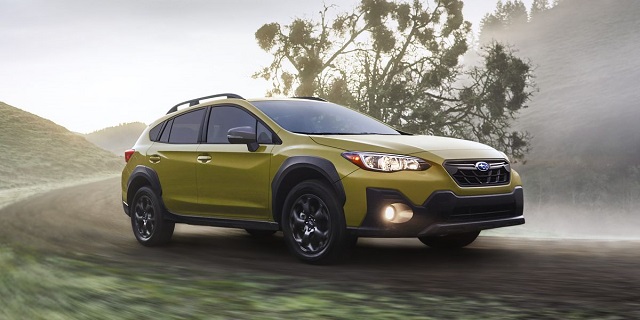 The Crossotrek has always bee considered as a great crossover. However, the main complaint was about power. More precisely, most drivers wanted a more potent version in the offer. Fortunately, this is finally happening and the 2021 Subaru Crosstrek is coming with a new engine option. It will use the same 2.5-liter four-cylinder unit, which powers Legacy and similar models. The max output goes around 182 horsepower, which is something that should provide notable improvements compared to the base engine.

Speaking of the base engine, the next-year model will carry on with a familiar 2.0-liter unit, which puts out around 152 horsepower. With such numbers, the Crosstrek isn’t particularly fast but on the other side, you may count on pretty high mpg ratings. You may count on about 27 mpg in the city and 33 mpg on the highway.

The base engine comes with either manual or CVT gearbox and we presume that the new 2.5-liter engine will also be available with both gearboxes.

The 2021 Subaru Crosstrek Hybrid will carry on in the same way. We are talking about a plug-in hybrid setup, which is based on a four-cylinder engine and gets help from a couple of electric motors. The total output goes around 148 horsepower, which isn’t a spectacular amount of power but seems more than okay for daily commuting.

On the other side, the fuel economy is pretty good. You may count on about 90 mpg-e and as we are talking about a PHEV model, there is also an all-electric range that goes around 17 miles. When it comes to charging options, you can use both 120V and 240V outlets. 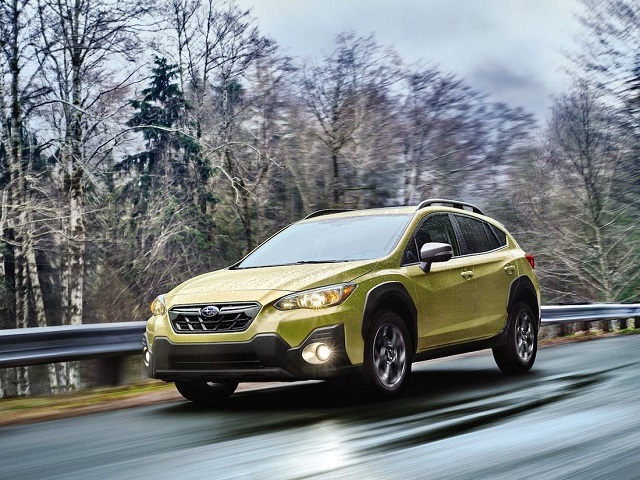 Besides the new engine, the 2021 Subaru Crosstrek will also come with novelties in terms of styling. The front end has been slightly revised and there are things like new grille, bumper etc. On the other side, the rest of the vehicle remains the same. The subcompact crossover keeps the same shape and proportions. Of course, we could also see typical novelties in terms of new color options, new wheels and similar things.

Mechanically, things will remain the same. This model rides on the company’s new Global Platform, which is highly modular and underprints lots of Subaru models. With around 105 inches in wheelbase, it seems quite big for a subcompact crossover, and it’s actually among bigger models in the class.

On the inside, we don’t expect to see any particular change. The 2021 Subaru Crosstrek will carry on with a familiar cabin design, which offers solid build quality and a decent level of comfort. The dashboard looks pretty attractive, especially if we consider all those tech goodies, which make everything look more opulent. Materials are really fine, while we also like fit and finish.

Besides good overall quality, the cabin is also quite spacious. Both rows seem pretty good in terms of leg and headroom, and we can say this crossover accommodates four adults with ease. When it comes to the cargo area, you may count on about 21 cubic feet behind the second row, while the overall cargo volume goes up to 55.3 cubic feet. These are above-average numbers for the class.

When it comes to tech features, all models come standard with goodies like a 6.5-inch touch screen, Apple CarPlay, Android Auto, Bluetooth, and a four-speaker stereo. In higher trim levels, you can also get goodies like a six-speaker stereo, an eight-speaker Harman Kardon stereo, satellite radio, HD Radio, additional USB ports, a Wi-Fi hot spot, navigation, an upgraded infotainment system with an 8-inch touch screen etc.

We expect to see 2021 Subaru Crosstrek on the market in a couple of months. When it comes to the price, base models should go around 23.000 dollars. Key competitors are models like Toyota C-HR, Honda HR-V, Mazda CX-3, Hyundai Kona, Nissan Juke etc.