The legendary crossover/station wagon has been completely redesigned for the 2020 model year and that’s why we don’t expect more significant changes for the 2021 Subaru Outback. The second production year won’t bring anything in particular, especially if we consider that the sixth generation has brought a full load of interesting novelties and significant improvements.

All in all, you may count on a familiar design in all aspects, whether it’s about mechanics, sheet metal, or features. You may count on a practical family hauler, which is also characterized by excellent off-road capabilities, thanks to high ground clearance and the company’s legendary AWD system. At the same time, this crossover offers impressive interior design, which has been significantly improved with the recent overhaul. There is plenty of passenger room in both rows, while the cargo area is as impressive. Finally, the optional turbo-four offers some pretty respectable performances.

Given the lack of changes, we expect to see 2021 Subaru Outback sometime late in the year. 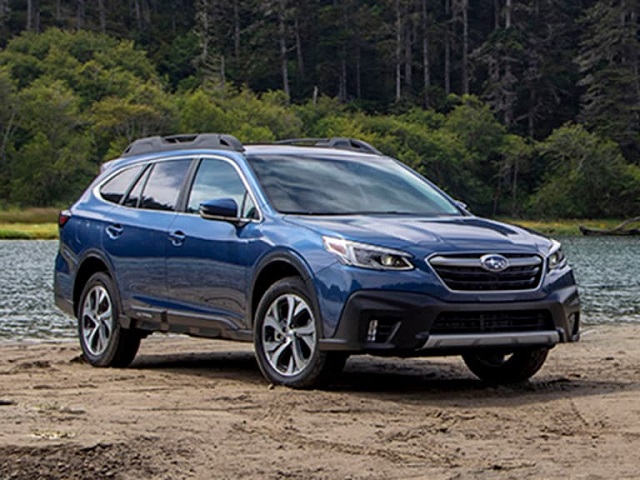 Base design characteristics definitely won’t change. The 2021 Subaru Outback will represent the second production year of the sixth generation of this crossover. You may count on the same mechanics, which are based on the company’s new modular platform, but still shares most parts with Legacy. Compared to the previous generation, the sheet metal doesn’t seem significantly different, though the changes are notable. Typically for Subaru, we saw an evolutionary redesign, with mild styling changes only.

On the other side, the mechanical aspect has been significantly improved. The new model is lighter and also slightly bigger, with more interior space than before. Also, the new platform has brought obvious benefits in terms of the drivetrain. A familiar naturally-aspirated four-cylinder unit has been updated. There is also a new turbo-four, along with the new version of the company’s CVT unit.

Bigger changes won’t come on the inside either. That’s not a bad thing at all, considering that the new model features pretty amazing interior design. Not so long ago, Subaru modes were characterized by Spartan interiors, which were simple and full of hard plastics. Things are completely different these days, as models like Outback come with impressive interior quality. Materials are super-nice, while aesthetics are on the high level as well. Furthermore, a full load of standard and available features, especially those tech ones, make the cabin look even more opulent.

In terms of space, this crossover stands pretty well. Both rows are generous in terms of legroom, while the amount of headroom is as impressive. When it comes to the cargo area, you may count on 32.5 cubic feet behind the second row, while the overall volume goes up to 75.7 cubic feet. These are really respectable numbers for the class. 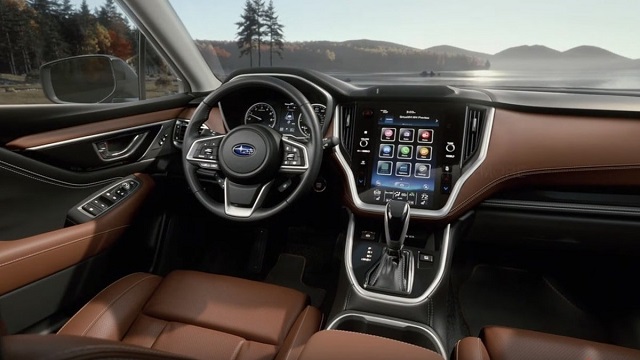 Considering that we are talking about the second production year of the current generation, we don’t expect any bigger changes in terms of features. Of course, a couple of additions in terms of standard equipment are possible, but most things are about to remain the same. Therefore, all models will come standard with goodies like a dual-screen infotainment system, with each display measuring 7 inches. Android Auto and Apple CarPlay smartphone integration, satellite radio and two front USB ports. Additionally, you can get a new 11.6-inch touchscreen, remote start, dual-zone automatic climate control, a moonroof, a Rockford Fosgate stereo, a 12-speaker Harman Kardon premium stereo, two rear USB ports, HD Radio, navigation, wireless device charging and more.

Things will remain the same for the next year when it comes to powertrain. Base models will continue with a familiar 2.5-liter engine that puts out around 182 horsepower. While this power is okay for daily commuting, most drivers would probably prefer something more potent. Fortunately, there is an options 2.4-liter turbo-four, which puts out 260 horsepower and 277 pound-feet of torque. With such numbers, the Outback needs just seven seconds to hit sixty. Both engines come in pairs with a CVT gearbox. 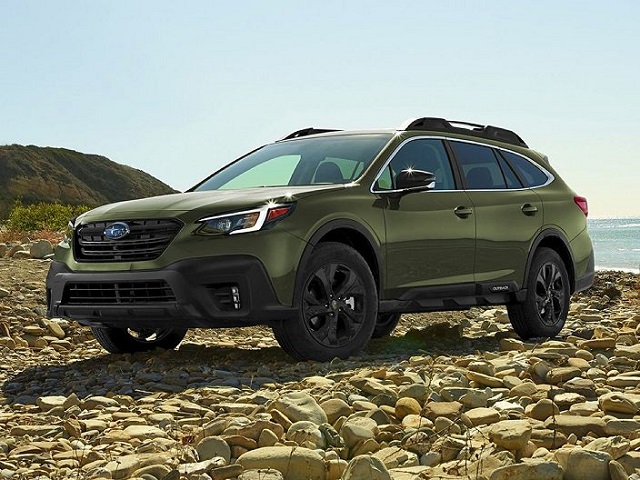 We expect to see 2021 Subaru Outback sometime late in the year, with the base price around 27.000 dollars. This model has a pretty wide range of competitors, including compact crossovers like RAV4 and CR-V, or wagons like Audi Allroad and Volvo V60 and V90.