The current generation of the popular luxury SUV has been around for a couple of years and it’s time to see a big novelty. For the next year, the German manufacturer prepares the famous “R” badged version which will come with an electrified powertrain in this case. The new model will be called 2021 VW Touareg R Plug-In Hybrid and it will feature a new system. This system may have some similarities with the Bentayga hybrid, but some of the things will be notably different as well.

Other than a capable powertrain, we expect that the new version will feature some quite distinctive details. Of course, some of them refer to the styling, while others will be in terms of the interior design. Considering that we are talking about a performance version, we expect to see some suspension upgrades and other things that are typical for performance version. The exact launch date is still a mystery but we presume the new model would hit the market sometime in the second half of 2020. 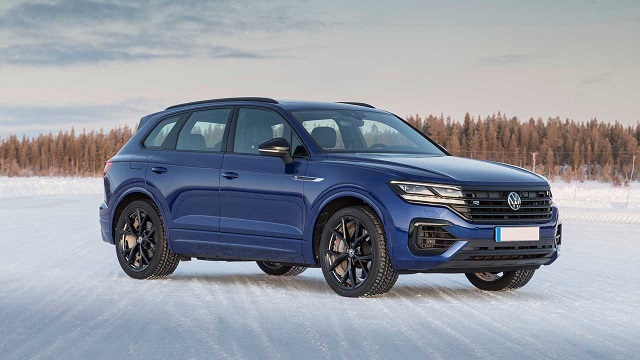 Without any doubt, the most interesting thing about 2021 VW Touareg R Plug-In Hybrid will be its powertrain. The company has prepared a new hybrid system, which may have some similarities with the Bentayga hybrid, but it also comes with unique design solutions as well. On one side, it features a smaller battery pack. On the other, it has more power.

The new system is base on a familiar 3.0-liter V6 engine, which puts out around 335 horsepower. Along with this gasoline engine, the Touareg R Plug-In Hybrid will use the power from a 134-hp electric motor. So, a combined output will go up to a pretty impressive 456 horsepower, which is a number that promises some pretty amazing performances. According to some estimations, 0-60 times should go around 4.8 seconds, this is even faster than the V8 turbodiesel version.

Still, excellent acceleration won’t be the only great thing about this PHEV SUV. You may also count on a decent fuel economy, as well as on a decent all-electric range. As we’ve just mentioned, the battery will be smaller compared to the Bentayga and it will measure around 14.1 kWh. Still, that should be enough to ensure 30 miles of the all-electric range and top speed of 87 mph in this drive mode. 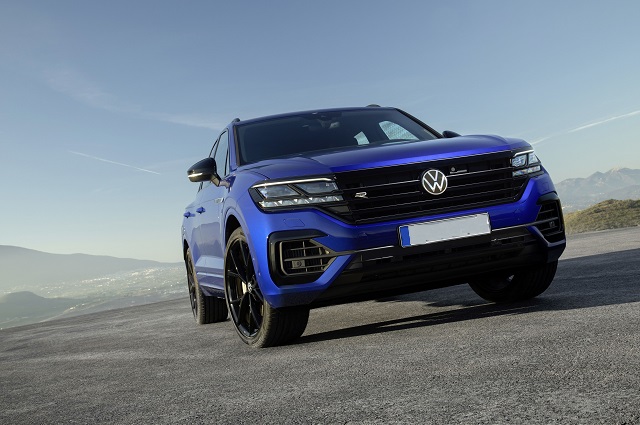 As you may presume, the new version will come with an excellent 8-speed automatic transmission, which will send power to all wheels. The 2021 VW Touareg R Plug-In Hybrid will feature a Torsen central differential lock combined with the 4Motion layout. Such setup will ensure a nice power transfer of up to 70 percent of power to front wheels and up to 80 percent of power to rear wheels.

When it comes to the exterior design, we expect to see upgrades that are typical for “R” badged models. This means a batch of subtle visual upgrades, including a couple of blacked areas, as well as unique and bigger wheels, new exhaust pipes and more. Some exclusive color options are about to come as well.

When it comes to the interior design, you may expect typical “R” upgrades, similar to ones you can see in the Golf R and similar models. Does this also mean more standard equipment? Probably. 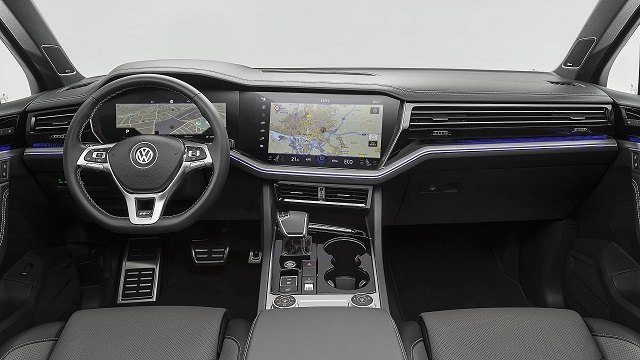 The 2021 VW Touareg R Plug-In Hybrid is about to hit the market sometime in the second quarter of the year. Details about the price are still unknown.

Other than a new plug-in hybrid version, we presume that the 2021 VW Touareg will carry on with a familiar engine in the offer. That means you may count on one gasoline and three diesel versions in the offer. When it comes to the gasoline model, it comes with a 3.0-liter V6 engine that delivers around 335 horsepower. On the other side, the diesel offer starts with a 3.0-liter TDI V6 engine that is good for about 230 horsepower. The same engine is available in a much more potent version, with a max output of 282 horsepower, which offers significantly better driving dynamics and overall performances.

Speaking of performances, there is a range-topping version with a 4.0-liter V8 TDI engine. This one features an impressive max output of 416 horsepower and 664 pound-feet of torque. Such numbers are enough to provide an impressive 0-60 sprint in just five seconds. Also, we should mention that all models come with VW’s excellent 8-speed automatic transmission.