The world of entry-level crossover is tough, especially among premium carmakers. Buyers are looking for a relatively affordable vehicle, which is luxurious and engaging to drive at the same time. A few models meet these demands and we can say that Q3 is among them. The current generation has been around for about three years but it looks like the company from Ingolstadt won’t rush with updates. Instead, the 2022 Audi Q3 is about to be a typical carryover model.

This means that you may count on a crossover that offers a well-balanced ride, which is both comfortable and engaging at the same time. Furthermore, we like its luxurious and hi-tech interior, while surprisingly high predicted reliability rating for an Audi is also a big plus. However, keep in mind that many rivals offer more space for passengers and cargo, as well as a quite poor fuel economy.

Considering that there are no bigger changes to come for the next year, we presume that the launch date will be scheduled for the last quarter of the year.

The current generation has been around for a while but it is still quite competitive in the segment. Considering that the 2022 Audi Q3 will be a typical carryover model, you may count on familiar design characteristics. Compared to bigger Audi models, this one rides on VW’s MQB platform. This means things like transverse engine, lack of genuine AWD system etc. Does this mean that this is not a genuine premium crossover? Definitely not.

Despite the drawbacks, this crossover still has a lot of fantastic things to offer. While the styling probably isn’t everyone’s cup of tea, no one can deny its fantastic balance between sporty handling and a comfortable ride. This makes the Q3 more versatile and a better everyday car compared to a little bit firm X1 and not particularly engaging GLA Class.

This is where we can talk about genuine Audi interior. Here, you will find an excellent build quality. Materials are amazing, while the dashboard features a relatively conservative and simplistic approach, which will certainly keep it look modern for a long time. Also, we like that Audi’s well-known hi-tech approach, which makes everything look more upscale. 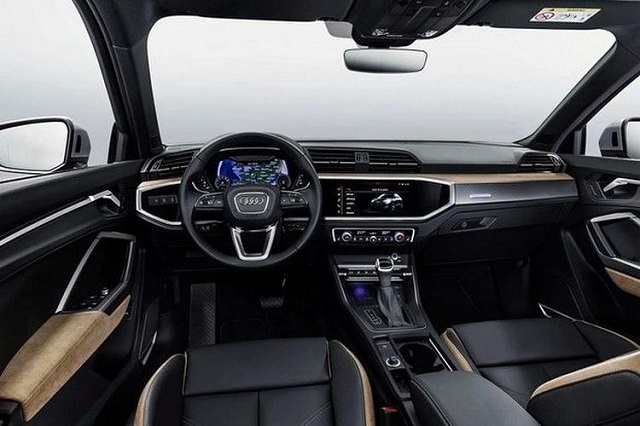 When it comes to interior space, things are okay but could be better. Both rows offer a decent amount of passenger room, though we have to say that BMW X1 is way better in this aspect. The Bavarian rival is also way better in terms of cargo capacity. This one is good for 23.7 cubic feet of space behind the rear seats, which is okay. However, the overall cargo volume is just 48 cubic feet, which is really disappointing.

Yearly updates usually bring a couple of new standard features and the 2022 Audi Q3 probably won’t be an exception. Still, we have no doubt that most of the things are about to remain the same. The current model already comes with a pretty long list of standard equipment. There are goodies like dual-zone climate control, panoramic sunroof, an 8.8-inch touch screen, Bluetooth, four USB ports, HD Radio, a 10-speaker stereo, Android Auto, and wireless Apple CarPlay. The list of standard safety features includes a rearview camera, a pre-collision system that rolls up the windows and tightens seat belts, forward collision warning with pedestrian detection and automatic emergency braking and lane departure warning. 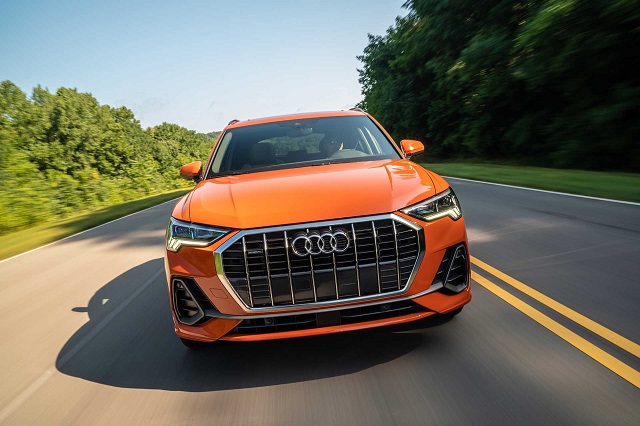 While the European version comes with a quite long list of engines in the offer, the North American version has just one. That is a familiar 2.0-liter turbo-four, which puts out 227 horsepower and 258 pound-feet of torque. While it has plenty of power, keep in mind that we’ve already mentioned a transverse engine and MQB platform. Therefore, you get a dual-clutch transmission, which isn’t particularly refined. Shifts can be pretty rough sometimes.

Another big complaint goes to fuel economy. This engine returns just around 20 mpg in the city and 28 mpg on the highway. That’s below-average for the class.

The lack of updates means that the 2022 Audi Q3 will probably hit the market sometime late in the year. The price should remain pretty much the same as well. For reference, the current model starts at around 36.000 dollars.