While most carmakers tend to make frequent changes to their small crossovers and SUVs to be competitive, Jeep does the opposite with the Renegade. This small SUV was launched back in 2015 and even though most competitors are much younger, the company doesn’t plan a full redesign in the near future. Instead, it looks like the 2023 Jeep Renegade may receive another facelift. Allegedly, we are about to see another update and once again, the focus will be on aesthetics, as well as on interior features. On the other hand, the overall layout will certainly remain the same.

Despite the updates, the overall design will remain the same. In other words, we are about to see a familiar layout and familiar pros and cons. This crossover is quite comfortable, but its main strength is pretty good off-road performance, the best in the class. Furthermore, the cabin offers plenty of headroom, while the infotainment controls are very intuitive. On the other hand, the biggest complaints go to the small cargo area, as well as to the unrefined transmission. 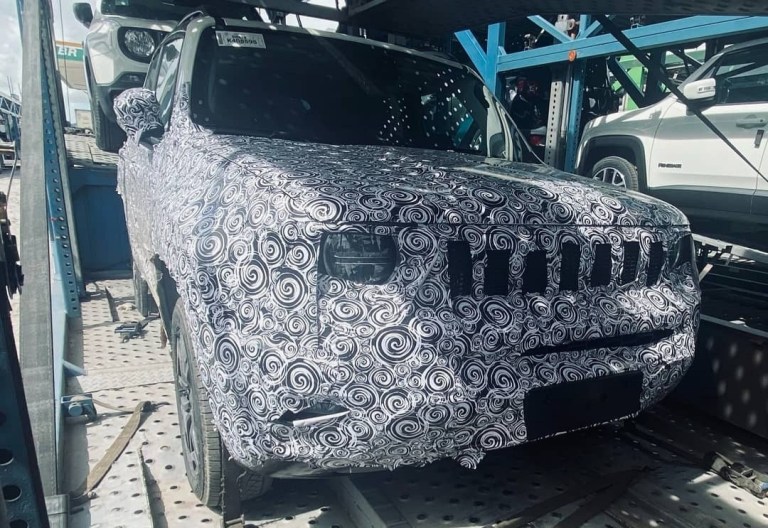 The 2023 Jeep Renegade will come with some interesting updates. From what we know so far, this will be a relatively subtle facelift, which will bring most changes to the front end. At this point, the test mule still wears camouflage but we presume that the new model will come with new headlights, a new grille and a front bumper. The rear end may come with some modifications but we don’t expect much in this aspect.

On the other hand, the overall layout will remain the same. The 2023 Jeep Renegade will offer familiar ride quality, which is smooth and comfortable, though not particularly engaging. The thing we like most about this crossover is off-road performance, which is at a surprisingly high level for this segment. You can opt for all-wheel drive and in that case, you also get various selectable driving modes, including those for mud, snow and sand. Base models feature 8 inches of ground clearance. Also, there is the Trailhawk version, which comes with various upgrades, including increased ground clearance to 8.7 inches, low-range gearing, hill descent control, a couple of skid plates, off-road tires, and additional rock traction control mode etc.

Interior updates are possible too. This particularly refers to the bigger infotainment screen, which should be the same as in the recently updated Compass. Another thing from Compass that’s expected to come is the new steering wheel. A few more revisions to the dashboard are possible and other than that, things should remain pretty much the same. 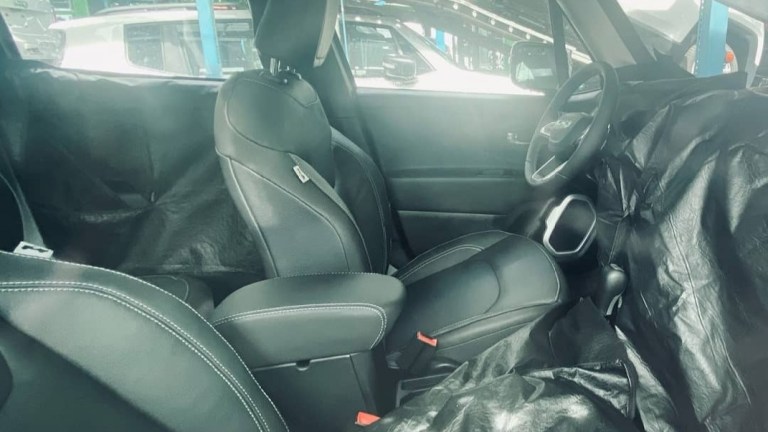 Of course, the overall cabin layout will remain largely the same. We are about to see the same amount of space, which is pretty decent for this segment. This particularly refers to the amount of headroom, while the legroom is typical for the class.

Unfortunately, the cargo area isn’t that generous with space. You get no more than 18.5 cubic feet behind the second row, while the total volume goes up to 50.5 cubic feet.

We’ve just mentioned that the 2023 Jeep Renegade is about to get a new infotainment screen. A digital instrument cluster is also possible as an option. On the other hand, most other features should remain the same. So, base models should be offered with goodies like dual-zone climate control, navigation, Android Auto, Apple CarPlay, Bluetooth, a USB port, satellite radio, voice recognition, and a six-speaker stereo.

The current list of options includes goodies like a 9-speaker premium audio system, ambient interior lighting, proximity keyless entry, remote start, an auto-dimming rearview mirror, a household-style power outlet, and a dual-pane panoramic roof. We presume some of these things could become standard in the 2023 model.

This aspect won’t bring any changes, so the 2023 Jeep Renegade will continue with a single option on the offer. That is a 1.3-liter turbo-four gasoline engine, which puts out around 177 horsepower and quite respectable 210 pound-feet of torque. It provides good driving dynamics, though things would be way better with a different transmission. The current 9-speed automatic seems unrefined and it is in a constant hunt for the right gear.

Despite the small displacement, it turns out that the engine isn’t particularly efficient. The average fuel economy goes around 24 mpg in the city and 32 mpg on the highway, which is low for the segment.

When it comes to max towing capacity, AWD models are good for about 2.000 pounds. 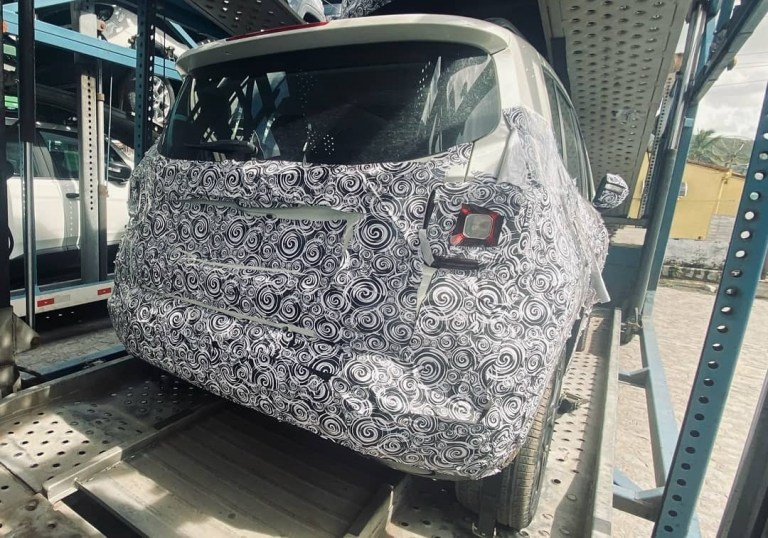 We expect that the 2023 Jeep Renegade will arrive sometime in the last quarter of the year, with a starting price of around 24.000 dollars. Some of the competitors are models like Subaru Crosstrek, Hyundai Kona, Kia Soul etc