2023 Subaru Crosstrek Redesign: What We Know So Far

The current generation of Subaru’s subcompact crossover has been around since 2018 and if you are familiar with the company’s policy regarding the production cycle, which usually lasts five years, it’s easy to conclude that the 2023 Subaru Crosstrek will bring a completely new model. This redesign will certainly bring a lot of novelties, as the company has prepared a completely new architecture for future models.

From what we know so far, the new model will ride on a completely new platform. Of course, big novelties are expected in other aspects as well, such as styling, interior design, new features etc. Also, we are about to see new powertrain options, including a hybrid version

The new 2023 Subaru Crosstrek is about to hit the market sometime in the last quarter of 2022.

As we already mentioned, one of the most important novelties is a new platform that Subaru has developed. The new architecture is modular and it will be used for all future Subaru models. The first ones to ride on it will be the new Impreza and the 2023 Subaru Crosstrek. We expect it will bring all kinds of improvements, regarding weight reduction, ride quality, efficiency, comfort etc.

Besides new mechanics, we also expect to see a new styling. At this point, it’s still early to talk about details but we are pretty sure that most of the changes will be evolutionary. In other words, the overall shape will remain the same, while the front end will bring relatively subtle changes only.

We don’t expect to see significant changes regarding dimensions. The current model features around 105 inches in wheelbase, while the total length goes slightly under 176 inches. 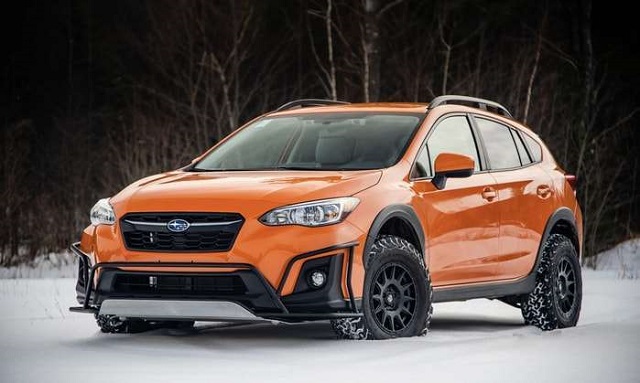 Of course, a new cabin design is expected as well. At this point, we don’t know the details but we count on further improvements in terms of materials and overall quality. Naturally, the dashboard will look more modern, while we also count on more tech features than before. The current model already stands pretty well in this aspect, so we don’t expect to see significant changes.

We have no doubt that the new model will continue to deliver a high level of practicality and functionality. The current generation already features one of the most spacious cabins in the segment, whether it’s about cargo or passenger space. So, things could only get better in the 2023 Subaru Crosstrek.

Big changes are coming under the hood as well. From what we know so far, a 2.5-liter flat-four will remain on the offer, with a max output of 182 horsepower. On the other hand, the current base engine, a 2.0-liter unit, will be replaced with the new 1.5-liter turbo-four engine, which is expected to feature similar power but way more torque. Finally, we expect to see a hybrid version in the offer as well.

All three engines will come in pair with a CVT gearbox and, of course, all-wheel drive will be standard. At this point, it is still early to talk about performances and fuel economy. The larger 2.5-liter engine will probably offer similar ratings to the current version, which returns around 27 mpg in the city and 34 mpg on the highway. 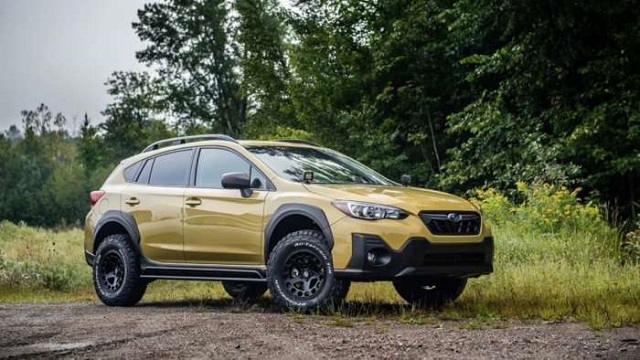 We expect that the all-new 2023 Subaru Crosstrek will hit the market sometime in the second half of 2022. Bigger prices are not expected, so base versions should go around 23.000 dollars. The competition in this segment is pretty tough. Some of the key players are models like Mazda CX-30, Toyota C-HR, Honda HR-V etc.