Lincoln’s flagship SUV is a great car in many aspects and after the recent update, it became even better. The recent update has brought new styling, as well as some pretty interesting new features, such as a larger touchscreen and semi-autonomous driving. This indicates that the carmaker plans to keep the current generation active for a few more years, which also means that the 2023 Lincoln Navigator should carry on without more important updates.

We count on the same design as for the 2022 model. In other words, we count on an SUV that comes with a high-quality and well-equipped interior, which offers tremendous amounts of passenger space. The cargo area is also very generous with space. Furthermore, we like the ride quality, as well as the capable V6 engine. Practically, there are no major drawbacks and that’s why believe that the 2023 Lincoln Navigator will compete with rivals successfully.

Since there are no significant changes to come, we presume that the new model will hit the market sometime late in 2022. 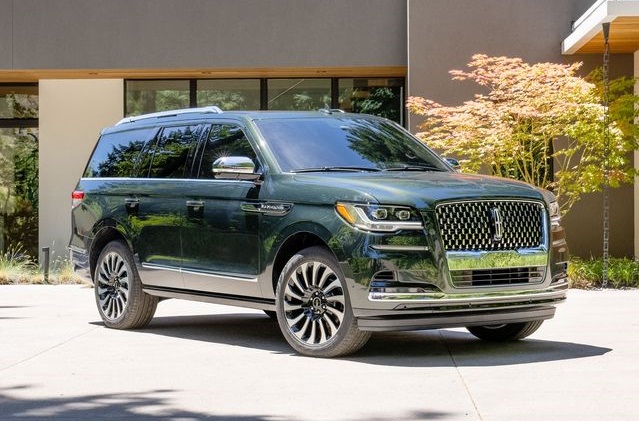 Design-wise, the 2023 Lincoln Navigator definitely won’t bring any changes. The recent update has brought a couple of things, such as a new grille, revised lighting groups, tweaked bumpers, etc. However, the overall look remained largely the same and that state will remain in the next year as well. Still, minor updates, such as new color options, or even things like new appearance packages are always possible.

Mechanically, things haven’t changed much since the initial launch of the current generation. This model rides on the same platform as the popular F-150 and benefits from all those technical and design solutions, such as aluminum and HSS chassis, which provides a lot of weight savings. Also, the independent rear suspension comes as a part of standard equipment and definitely has a positive impact on the driving experience.

Interior changes aren’t expected either. We are about to see a familiar cabin layout, which has been updated with the new, bigger touchscreen and a few more tweaks to the dashboard. The rest of the cabin looks largely the same as in the initial model and that’s not an issue at all. Simply, the aesthetics are really attractive, while materials and build quality are excellent. 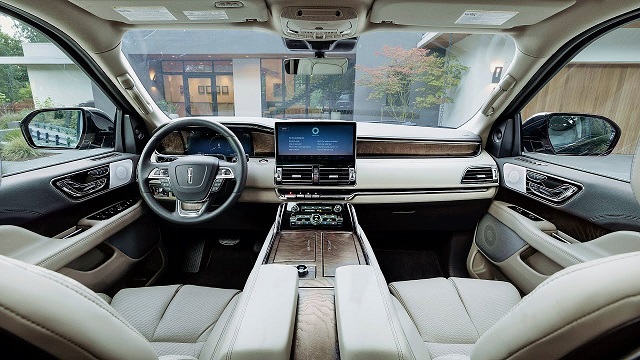 Besides premium quality, this SUV also offers plenty of passenger space. It accommodates up to eight people and all three rows offer enough space for adult passengers. The front seats are massive and supportive, while the same level of comfort can be achieved in the second row, if you opt for captain’s chairs.

The cargo area is also generous. You may count on about 20.9 cubic feet of space behind the third row and 63.6 cubic feet behind the second and 103 cubic feet of the total cargo volume. That’s plenty of cargo space but the new Cadillac Escalade offers even more.

The recent update has brought a couple of interesting novelties, so we don’t expect that the 2023 Navigator could bring anything more important. With the recent update, the company introduced a new, bigger 13.2-inch infotainment screen, as well as a new Active Glide system, which is a semi-autonomous driving system, which works in a similar way as GM’s well-known Super Cruise system. Another thing we like about this SUV is a forward-facing camera, which recognizes bumps in the road and adapts the suspension to reduce the impact.

The 2023 Lincoln Navigator will continue in the same way when it comes to the powertrain. You may count on the same 3.5-liter twin-turbo V6, which puts out around 450 horsepower and comes in pair with a 10-speed automatic transmission. The engine is pretty capable and moves this SUV with authority, while the transmission works well too.

Standard models come with rear-wheel drive, while you can also opt for the 4WD model. The average fuel economy goes around 16 mpg in the city and 22 mpg on the highway for the standard model, while the 4WD version is slightly thirstier.

When properly equipped, this SUV can tow up to 8.700 pounds. 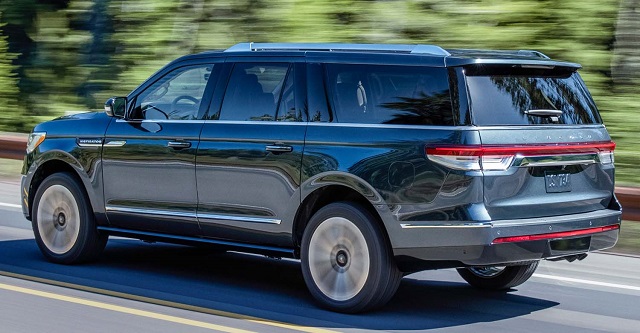 Considering that there are no significant changes to come for the next year, we expect that the 2023 Lincoln Navigator will hit the market sometime in the last quarter of 2022. The current model starts at around 77.000 dollars and we don’t expect to see a significant increase in the future. The competition in the segment is tough. Of course, the Cadillac Escalade is the key competitor, but there are also models like Mercedes-Benz GLS, BMW X7, Lexus LX etc.