Although we are talking about a pretty fresh model, it looks like the 2021 Buick Encore GX will come with notable updates. This model came a year ago, primarily designed for the Chinese market. However, GM realized the full potential of this crossover, so after a short period, we’ve already seen it in North America as well. The new model came early this year, as the 2020 model. However, the company started to work on changes just a couple of months later.

From what we know so far, the number of changes for the 2021 Buick Encore GX will be surprisingly big. We are about to see some interesting styling tweaks, as well as notable changes on the inside. Furthermore, we count on some nice additions in terms of standard equipment as well. On the other side, the engine lineup is about to remain the same. At this point, we are still waiting for the details about the release date.

In terms of base design characteristics, the 2021 Buick Encore GX definitely won’t change. This is a pretty fresh model, which rides on GM’s latest VSS platform. While the mechanical aspect is about to remain untouched, the visual aspect of the car will come with notable updates. From what we know so far, some reports suggest the addition of an exterior molding kit, but there is a chance to see more substantial styling changes as well. Some sources suggest revisions on the grille, as well as a revised front bumper. However, the overall styling will remain the same.

When it comes to interior design, we probably won’t see bigger changes on the dashboard. However, we are about to see some notable additions in terms of standard features. One of the biggest novelties will be the addition of wireless smartphone integration of goodies like Apple CarPlay and Android Auto, which has been USB connectable so far. The Sirius XM Satellite radio will also become part of the standard equipment. 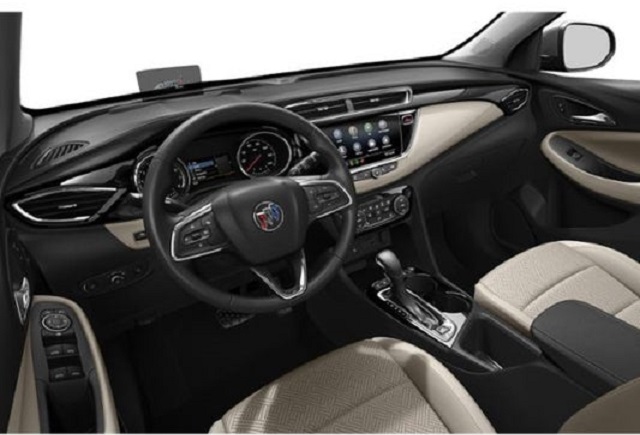 On the other side, the overall cabin layout will certainly remain the same. The overall quality is at a pretty high level, while the list of tech goodies is pretty impressive as well. With almost 104 inches in wheelbase, this is one of bigger subcompact crossovers around and you definitely may count on enough space for adults in both rows. The cargo area seems decent as well, though we can’t say it’s among class leader.

The engine lineup is the aspect of 2021 Buick Encore GX that definitely won’t change. You may count on the same offer, which includes two small-displacement gasoline units. Base models will carry on with a 1.2-liter turbo inline-three, which puts out around 137 horsepower and 162 pound-feet of torque. That seems like a decent amount of power for a vehicle of this size, though many drivers won’t be delighted with the CVT gearbox, which may have a positive effect on fuel economy but definitely doesn’t bring an adequate driving experience.

Fortunately, there is an optional 1.3-liter turbo inline-three, which comes in pair with a 9-speed automatic gearbox. It is also more powerful and puts out around 155 horsepower and 174 pound-feet of torque. Another obvious benefit of this engine is the available AWD version. 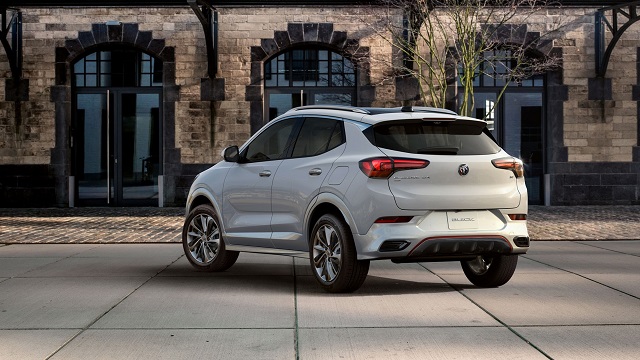 We are still waiting for the details about the launch date, but we are pretty sure that the new model won’t arrive before the last quarter of the year. When it comes to the price, base models should go around 24/25.000 dollars. Models like Jeep Compass, GMC Terrain and Hyundai Tucson could be some of the key competitors.