While the next generation of the company’s flagship SUV is in works, it won’t be ready for the next year. So, the 2021 Land Rover Range Rover is about to carry on with the same design, essentially. However, that doesn’t mean we won’t see novelties for the next year. Moreover, there will be three of the. As the Range Rover celebrates fifty years of its existence, it’s time for the special edition. More precisely, we will see three special editions, all characterized by loads of exclusive features.

On the other side, the rest of the lineup will carry on in the same way. The  2021 Land Rover Range Rover will continue with the same design, which hasn’t essentially changed since 2012. However, that doesn’t make Range Rover feel outdated at all. Moreover, you may count on loads of amazing features, starting from a wide engine offer, hi-end cabin, proficient off-road capabilities and more. 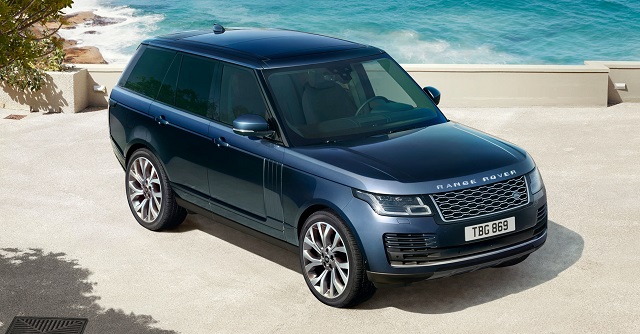 For this model year, the company has prepared three special editions of the luxury SUV. As the model celebrates the 50th anniversary, there is the same-named version. This is the most expensive of three new versions and comes based on the hi-end Autobiography trim level. Of course, it comes with a powerful V8 engine and several interesting upgrades. Of course, most of them are in terms of styling, which includes loads of “50th Anniversary” badges as well.

Another special edition that is coming is called Westminster Edition and it is based on the HSE trim. This means a similar list of standard features, but a couple of exclusive styling details as well. You may count on exclusive wheels, as well as on loads of new interior features. Some of the highlights are things like walnut wood finishes, 20-way power-adjustable front seats with heat and ventilation, a refrigerated compartment between the front seats, soft-close doors, and a 19-speaker Meridian stereo system.

Finally, there is the Dynamic Black Edition. As you may presume, this model comes with loads of blacked details, including gloss-black-painted 22-inch wheels. This version will be offered exclusively in the Santorini Black Metallic finish. 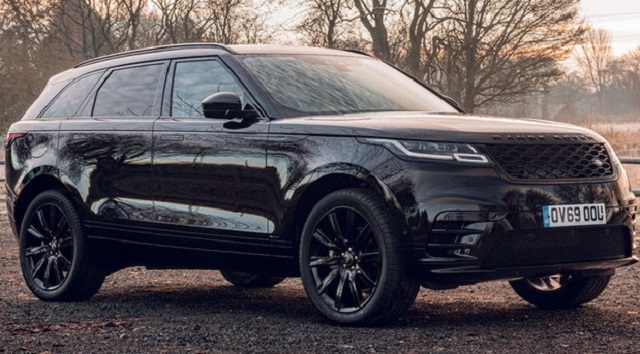 Other than new special editions, the 2021 Land Rover Range Rover will carry on in the same way. This means you may count on a familiar design, which hasn’t changed in the last eight years. The exterior design is really hard to mix with any other model around, while the mechanical aspect is as impressive. Of course, there are loads of off-road goodies that make this model one of the most capable off-roaders around. However, the Range Rover is also great on the row, as its soft suspension provides great driving experince if you are looking for a straight-line cruiser.

Things are as impressive on the inside. Once, we haven’t seen too many changes since the launch of the current generation but the cabin still looks really amazing. The overall quality is great, materials are very fine, while we particularly like Range Rover’s aesthetical solutions.

Despite being a full-size SUV, this is a two-row vehicle, so you may count on plenty of room for passengers. Both rows are very generous in terms of passenger room. On the other side, the cargo area isn’t that spacious if we compare it with other models in the class. You may count on about 31.8 cubic feet of space behind the rear seats and a total of 68.6. The long-wheelbase version increases volume to  75 cubic feet, but these are still subpar numbers for the class.

On the other side, the thing we really like about this SUV is a long list of tech features. All models come with things like a dual-screen infotainment system, a navigation system, Apple CarPlay and Android Auto smartphone integration, Bluetooth, a Wi-Fi hot spot, a 13-speaker Meridian stereo, satellite radio, HD Radio, and USB ports. 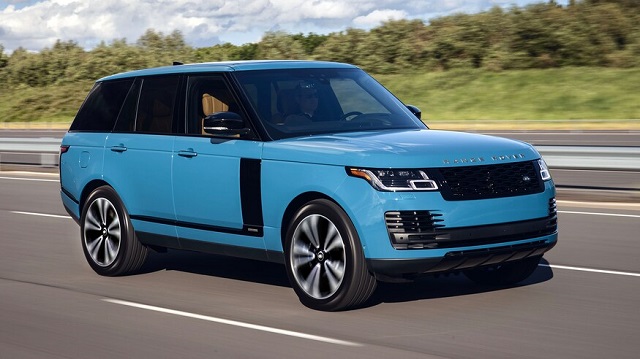