2021 Hyundai Tucson Redesign: What We Know So Far

Tucson has always been a vastly important model for the Korean manufacturer. These days, the segment of compact crossovers is the most competitive segment in the automotive industry. So, quick changes are more important than ever. Therefore, the 2021 Hyundai Tucson is coming completely redesigned, even though the current generation hasn’t been around for too long.

The new model will bring loads of novelties, in all aspects. Of course, we are about to see a completely new design, which loads of upgrades in terms of mechanics. Big novelties are coming in terms of aesthetics as well, as the new model is about to look better than ever. Naturally, we also count on improved performances and that’s why the Korean manufacturer prepares a couple of new engine options.

The new model is still in the testing phase. The test mule has been spotted for a couple of times and despite it still wears a complete camouflage, it will hit the market by the end of the year, if we can rely on the latest reports. 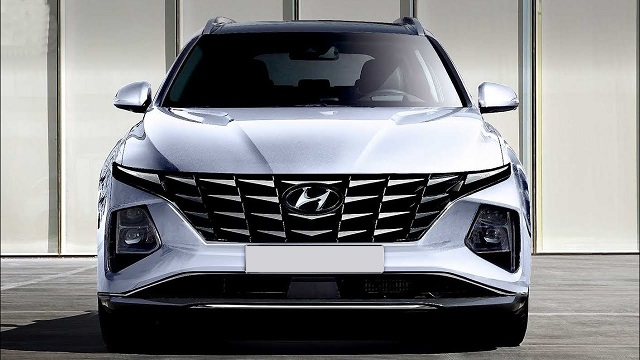 There’s no doubt that the upcoming redesign will bring loads of novelties. The company prepares loads of novelties for this occasion and one of the first things that come to mind is the platform. We presume that the Korean manufacturer has prepared a new version of the N3 platform, which underprints models like Sonata. This mid-size sedan is expected to borrow many things to the new Tucson, despite that the crossover is notably smaller.

Speaking of the side, the testing model doesn’t look notably bigger than the outgoing model. It looks like we won’t see significant changes in this aspect and that the 2021 Hyundai Tucson will feature quite similar dimensions to the current model. In numbers, that would be around 106 inches in wheelbase and nearly 180 inches in the overall length.

The new generation of the compact crossover will come with big changes in various aspects. Still, the thing that comes to mind first is the styling. This is where we have big expectations from the new model, even though the test mule features pretty similar overall shape to the current model. The catch is in a completely new sheet metal work. It will take a lot of inspiration from the Vision T concept. This concept had a premiere last year and it has brought loads of interesting design solutions, particularly at the front end. This refers mostly to the massive grille, which comes with a pretty interesting pattern and which comes integrated with narrow headlights. They will definitely make the new Tucson look futuristic, while the rest of the crossover should follow this design approach as well.

While the testing model has been spotted for a couple of times on the road, the fact is that spy photographers haven’t managed to take a proper interior pic so far. Therefore, we can only speculate about things like the new dashboard design, which will certainly take a lot of inspiration from the new Palisade.

On the other side, the new model doesn’t look significantly bigger than the current one. So, we may presume that the amounts of passenger and cargo space will be similar to the current version. Count on minor improvements only. In terms of tech features, we count on loads of novelties. Base models will certainly come with things like a large infotainment screen, smartphone integration etc.

Loads of safety features are also about to come and we are pretty sure that things like automatic emergency braking with pedestrian detection and lane departure warning. Of course, we count on many more goodies, both on the list of standard and available features.

Lackluster engines and uninspiring performances are probably the biggest issues of the current generation. That’s why the company prepares significant improvements for the 2021 Hyundai Tucson. First of all, a naturally-aspirated base engine will probably be dropped and the base version should come standard with a 1.6-liter turbo-four, which puts out around 180 horsepower. We also count on a high-performance, N-badged version. It is about to come with a new 2.5-liter turbo-four engine, which puts out around 290 horsepower. Both engines will come coupled with a new 8-speed automatic gearbox.

When it comes to electrification, we still don’t know the exact details but there is no doubt that the company will offer hybrid and plug-in hybrid versions in the future. They probably won’t be ready for the initial launch, but we should wait for too long either. 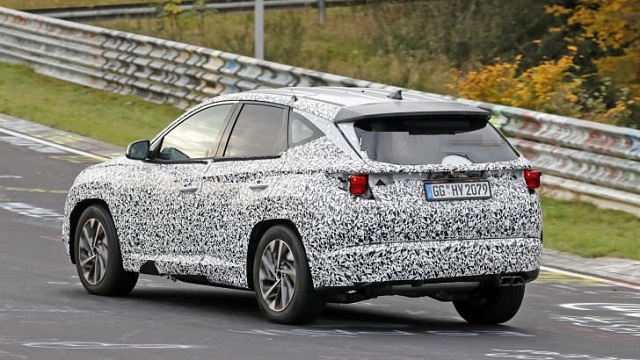 We are still waiting to hear something from the officials on this matter but we are pretty sure that the new model will hit the market by the end of the year. When it comes to the price, base models should go around 25.000 dollars. When it comes to the competition, some of the key players in the segment are models like Toyota RAV4, Honda CR-V, Nissan Rogue, Ford Escape etc.