2021 Dodge Ramcharger Comeback: Is It a Hoax?

Let’s begin this review with a little history lesson. Back in the 1970s, the Dodge launched a two-door SUV, which was based on the Ram 1500 pickup. This model was built to be direct competition to the full/size vehicles like Ford Bronco, or Chevrolet Blazer. Powered by the V8 engine, FWD, and removable roof in the back, this model was produced between 1974 and 2001. During that time the two generations of the Dodge Ramcharger were introduced. Of course, there was even the third generation, from 1999 to 2001, but it was discharged very soon.

At that time, the compact, fuel-efficient vehicles were the buzz in the industry. Since then, the fans awaiting Dodge (now Ram) to make a brand-new three-row crossover. The ideas sound reasonable because the crossover could be easily built on the newest generation of Ram trucks.

Furthermore, we already know that Ford will introduce the Bronco and Chevrolet Blazer. So, it is to expect that the Ram will also build a three-row SUV, which will carry legendary Ramcharger nameplate. However, there’s no official confirmation from the company. But, we had a chance to see leaked spy shots of what could become the all-new 2021 Dodge Ramcharger. 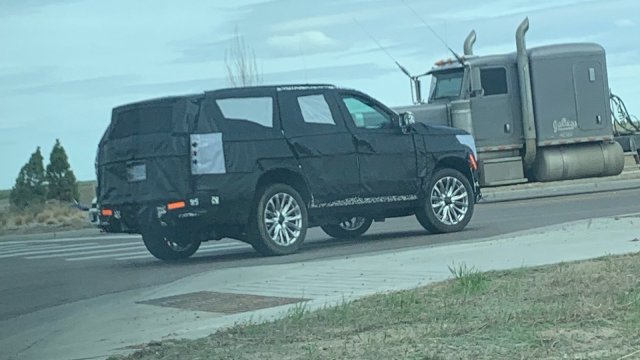 The first thing you’ll notice on this test mule is that it has no emblems. Also, the front photos are lacking, but we’ll try to figure something out of this. According to the source, four different test cars were spotted on the road. The first one was very quiet during the drive, so the vehicle is probably powered by a refined diesel engine, with six exhaust outlets, and a four-wheel independent air ride.

The second test mule is described by the source as “very fast”, with dual exhaust. Now, the camouflage covers most of the vehicle, but the taillights will be very similar to the ones on the Ram 1500. Also, the boxy shape is very noticeable. Therefore, we assume that the new 2021 Dodge Ramcharger will be very ruggedly-designed, with aggressive exterior design. 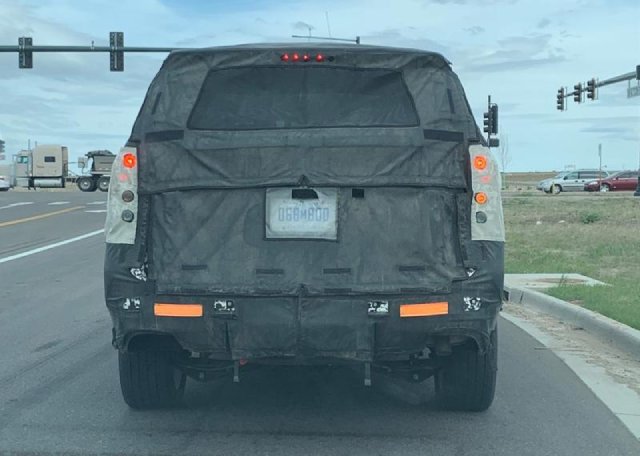 The upcoming three-row 2021 Dodge Ramcharger will offer several engine choices. The first one is the gasoline unit, probably the 6.4-liter HEMI V8 mill from the 2019 Ram 2500. This drivetrain produces 410 hp and 429 lb-ft of torque, and it is matted to an 8-speed automatic transmission. The second option could be the Ram 1500’s 3.6-liter mill, which generates 305 hp. But, the forthcoming will probably be too massive for this type of engine.

So, the third option will be a 5.7-liter HEMI unit with 395 hp and 410 lb-ft of torque. This engine also comes with a 48-Volt hybrid system, which improves fuel economy. But, as we already mentioned, the spotted prototype was probably powered by a diesel powertrain. Therefore, we assume that the only real option is the 6.7-liter Cummins inline-6 diesel engine. The 6.7-liter mill produces 370 hp and impressive 850 lb-ft of torque. So, with these specs, the chances are that the spotted dual-exhaust model uses with t 6.4-liter HEMI engine. On the other hand, the “quiet one” probably works with a 6.7-liter Cummins.

At the moment, there’s no official info regarding the release date of 2021 Dodge Ramcharger. Even though we hear a lot of rumors about the comeback, the company never actually confirmed that the three-row crossover would come out. But, the images above could be a prototype of the future model. Besides, with the upcoming launch of all-new Bronco, we expect to see the new Ramcharger as well. For further info, check out the Ramcharger article from our source.