The sixth generation of Explorer has been introduced last year but it looks like some nice novelties are coming for the second production year as well. The 2021 Ford Explorer is about to come with a new, XLT Sport Appearance package, which will bring loads of new styling details. Still, this probably won’t be the only novelty for the second production year. It looks like we might see a PHEV version offered in North America as well. Currently, this powertrain option is available in Europe only.

However, a vast majority of things will remain untouched for the next year. The 2021 Ford Explorer is about to carry on with the same design that has been introduced last year. It comes with several powerful engine options in the offer and delivers a pretty comfortable driving experience. The amounts of passenger and cargo space are also at a high level, while the list of standard and available features is also pretty long. We expect to see the new year model by the end of the third quarter of the year. 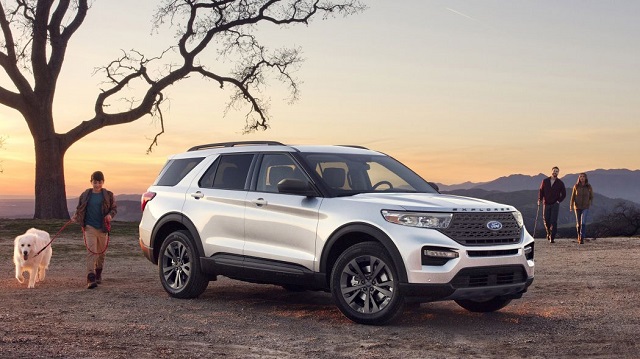 Probably the biggest novelty for the 2021 Ford Explorer is the resurrection of the XLT Sport Appearance Package. The mid-size crossover will once again come with this version in the offer, which brings loads of interesting aesthetical novelties. Outside, you can notice goodies like a grey hood, hood lettering, skid plates, and painted 20-inch wheels. Also, there are new exhaust pipes on the rear end.

Besides notable exterior upgrades, this version also brings a couple of interesting interior upgrades. You may count on goodies like ActiveX upholstery, which covers part of seats, instrument cluster and several more areas. You can also notice a lot of satin grey and sliver trim across the dashboard. This package will be available in the XLT trim level only.

PHEV May Arrive In North America

Another potential addition for the next year could be a plug-in hybrid powertrain. Currently, this version is sold in Europe only. Still, its setup offers pretty amazing performances, so many experts anticipate it could be offered in North America as well. The system is based on a new 3.0-liter V6 engine, which gets significant help from an electric motor. All in all, the combined output goes around 450 horsepower and an impressive 600 pound-feet of max torque. With such numbers, performances are really astonishing, while the fuel economy is amazing at the same time. You may count on 69 miles per gallon with this setup.

When properly equipped, this version can tow more than 5.500 pounds, so there is no doubt that this version would be a popular choice in North America as well.

While there are some quite interesting novelties to come for the next year, most of the things will remain the same. This also refers to the engine lineup. So, besides the potential new PHEV version, North American models will carry on with four familiar engine options in the offer. Base models come equipped with a 2.3-liter turbo-four, which puts out around 300 horsepower. Those who are looking for something peppier can pick a new 3.0-liter twin-turbo V6, which is good for about 400 horsepower. The same engine powers the flagship Platinum model, but in a slightly detuned version. In this case, the max output goes around 365 horsepower. 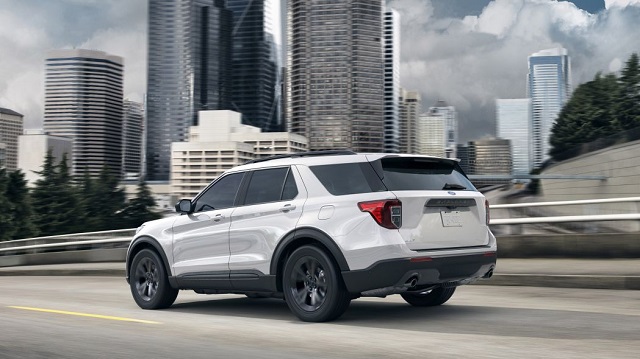 In higher trim levels, you can also get goodies like a 10.1-inch touch screen with a portrait layout, a 12.3-inch customizable driver display, a 12-speaker Bang & Olufsen sound system, a household-style power outlet, wireless device charging, twin-panel sunroof and more. 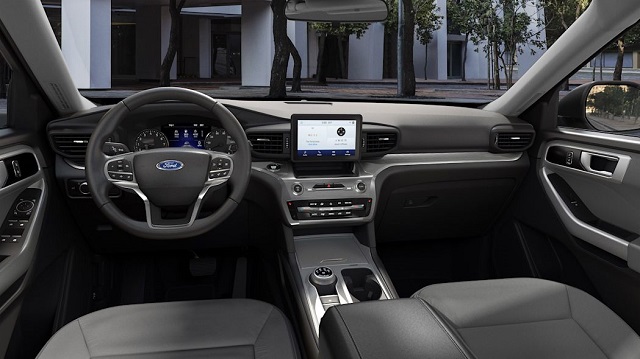 The 2021 Ford Explorer should arrive by the end of the third quarter if we can trust the latest reports. When it comes to the price, base models should go around 34.000 dollars. Key competitors are models like Toyota Highlander, Chevy Traverse, Honda Pilot etc.