2021 Toyota Venza Is Coming Back In Different Form

The familiar nameplate is coming back. This time, we will see a significantly different vehicle compared to the first generation. The original model was in production between 2009 and 2015. During this period, Toyota sold around 270.000 units of this model, which was essentially a crossover wagon version of the legendary Camry. Just like some other carmakers, Toyota also came with a model that supposed to be a rival to the legendary Subaru Outback. However, it wasn’t particularly successful. The company once again has big expectations. However, the 2021 Toyota Venza will come in a notably different form this time.

For this occasion, we are about to see a classic SUV crossover, which will compete in the segment of mid-size SUVs, with models like Ford Edge, Honda Passport etc. Still, the new 2021 Toyota Venza will be smaller and significantly more efficient. Those should be the model’s key strengths, even though we presume it will be pretty amazing in other aspects as well. The new model should hit the market in a couple of months. 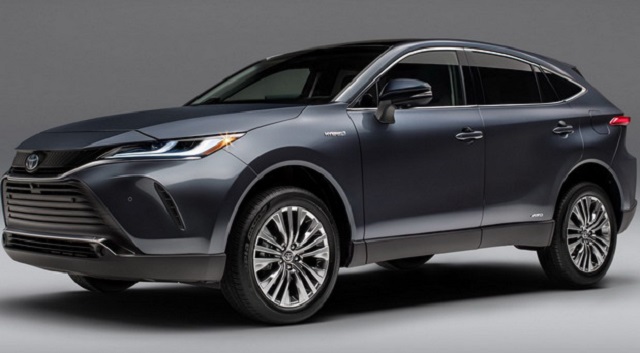 Although with a familiar nameplate, the 2021 Toyota Venza will come as a brand-new model, at least in North America. The new crossover will actually be a renamed version of the well-known Harrier, which has been sold in Japan for years. We’ve recently seen the fourth generation of it and the new Venza won’t be any different.

This refers to both styling and mechanics. When it comes to mechanics, the new model will ride on the company’s new TNGA platform, which brings significant improvements in terms of handling and overall driving experience. The center of gravity is pretty low, even though we are talking about an SUV, so there isn’t much body roll in corners.

When it comes to the exterior design, the first thing that comes to mind is the styling. From what we can see on rendering photos, the North American 2021 Toyota Venza won’t be much different than the Japanese Harrier. This includes the front end as well, which features a little bit different layout compared the what we know as Toyota’s latest design language. You can easily notice a little bit of Lexus’s influence, particularly if you look at headlights and front bumper.

When it comes to interior design, we are still waiting for the exact details. Still, if we consider that Harrier has always been characterized by pretty high overall quality, which is pretty much on par with Lexus models, we presume that the 2021 Toyota Venza won’t be any different. The dashboard will probably look the same, which means attractive lines and loads of hi-quality materials. Base models will probably come equipped with an 8-inch touchscreen, while a large 12.3-inch unit should highlight the range-topping trim level. Naturally, we expect nothing less than a full load of standard equipment, especially in terms of safety features. 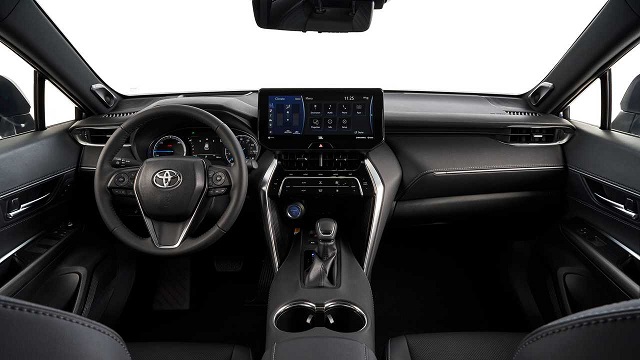 In terms of interior space, you shouldn’t expect too much from the new model. With the same wheelbase as RAV4, the 2021 Toyota Venza probably won’t be much more generous in terms of legroom. Moreover, the cargo area will probably be slightly smaller than the one in RAV4, due to the slightly curved rear end.

While the Harrier comes in both gasoline and hybrid versions, the new 2021 Toyota Venza will come exclusively in a hybrid variant. As you may presume, it will use the same system as RAV4, which is based on a 2.5-liter four-cylinder engine. The combined output goes around 220 horsepower. This means you shouldn’t expect some sporty performances, but rather relaxed and, most importantly, economic ride. According to Toyota, the new 2021 Toyota Venza will be able to return around 40 mpg in a combined ride. This is a significantly higher rating compared to rivals that ride on pure gasoline. 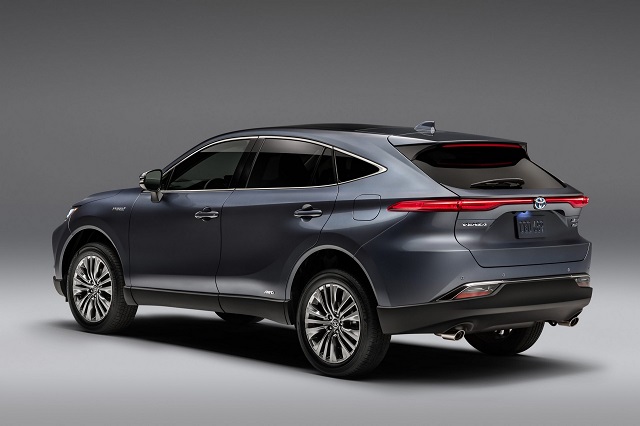 As we already mentioned, the 2021 Toyota Venza is about to hit the market in August. Still, we won’t exclude the possibility to see some slight delay, due to pandemics. When it comes to the price,  base models will probably go around 35.000 dollars.