Last year, the Korean manufacturer came with a new entry-level crossover, even smaller and even cheaper than Kona. That model came as Hyundai Venue and it targets all those drivers who want an SUV at a really affordable price. Considering that we are talking about an all-new model, it seems logical to see no bigger changes for the second production year. However, there are some changes in the 2021 Hyundai Venue. For example, the manual gearbox is no longer in the offer. Also, we should mention some small changes in terms of standard and available equipment. Other than that, things remained pretty much the same.

So once again, you may count on a crossover that offers an SUV in a small package, which is maneuverable and offers decent fuel economy, along with intuitive infotainment controls. However, its drawbacks are normal in this price range, you may count lethargic acceleration, small cargo volume and a couple more weak points. 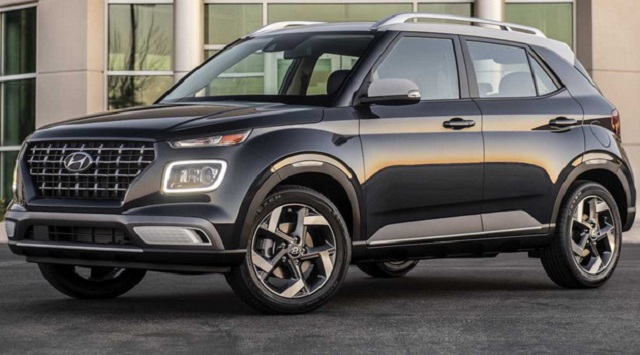 In terms of base design characteristics, the 2021 Hyundai Venue comes without any particular change. We are talking about a model that arrived last year, with a design that borrows some solutions from models like Kia Seltos. This is a very small crossover, notably smaller than Kona, with less than 100 inches in wheelbase and just 165 inches in total length. Those are pretty modest numbers, even for this segment. Still, benefits come in terms of maneuverability, so you definitely won’t struggle to find a parking spot.

Visuall, the second production year doesn’t bring novelties either. There are some styling solutions borrowed from Kona, including separated lighting groups at the front. However, everything looks notably toned down and pretty conservative. All in all, the styling won’t be a deal-breaker for those who don’t like futuristic aesthetics and too sharp lines but won’t impress anyone either. This is just a simple small SUV, nothing more than that.

Typically for the segment, the interior of this crossover isn’t something that impresses the masses. It is rather functional than stylish. Most areas feature hard plastics, though the overall build quality is actually more than okay for the segment. The dashboard is designed in a pretty simplistic manner and as you may presume, the biggest highlight is that tablet-like touchscreen on the center stack. 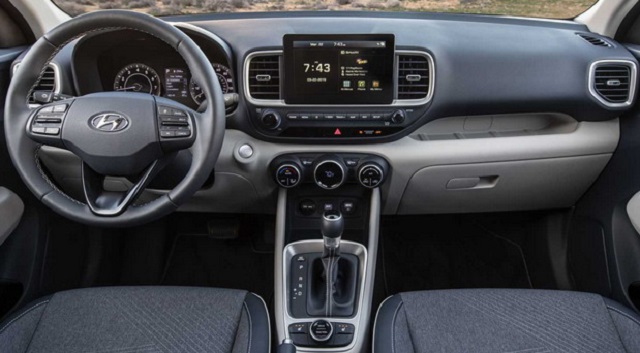 Considering the model’s dimensions, it’s no wonder that there isn’t plenty of room on the inside. In theory, this crossover accommodates five passengers but in practice, adults will hardly find space in the second row. On the other side, the front seats and spacious and comfortable, while the driving position is pretty good.

As we already mentioned, the 2021 Hyundai Venue has brought a couple of changes in terms of standard and available equipment, but most of the things remained the same. Therefore, the list of standard equipment includes goodies like an 8-inch touchscreen, four speakers, HD Radio, a USB port, Bluetooth, Apple CarPlay, and Android Auto. The infotainment system is one of the most intuitive in the segment. In higher trim levels, you can also get goodies like navigation, six speakers, satellite radio, an additional USB port, push-button start, automatic climate control, a sunroof etc.

The biggest change for the 2021 Hyundai Venue came under the hood. The original 2020 model was offered with both manual and CVT gearbox but that’s not the case with the new model. The CVT has remained the only one in the offer, while the manual stick has been discontinued.

On the other side, the engine remains the same. We are talking about a small 1.6-liter, naturally-aspirated engine, which puts out around 121 horsepower and 113 pound-feet of torque. With such modest numbers, you definitely can’t expect some impressive dynamics. However, the engine’s relatively simple construction promises good reliability and cheap maintenance.

Another good thing about this engine is fuel economy. You may count on about 30 mpg in the city and 33 mpg on the highway. Those are some of the highest ratings in the class 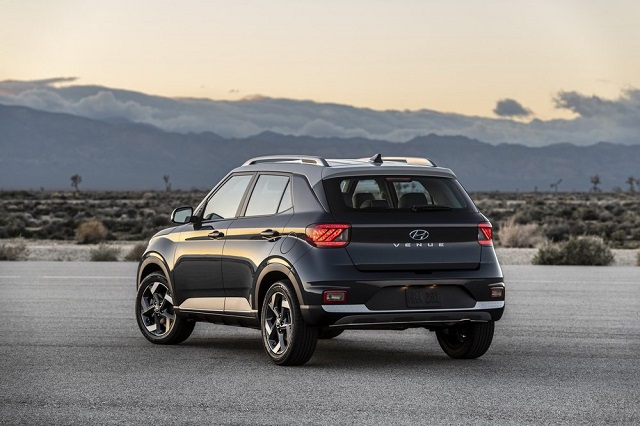 Another strong point about this crossover is the price, which starts already at around 19.000 dollars. Some o the key competitors will be similarly-priced models in the class, such as Chevy Trailblazer, Nissan Kicks and Mazda CX-3.