Other than solid off-road performances, this subcompact crossover doesn’t have too many advantages compared to other models in the class and if we consider that small SUVs are mostly about the urban ride, it definitely needs something big to improve sales numbers. It looks like FCA has found that thing. It will come in the form of a plug-in hybrid powertrain. This version has already been presented and everything looks quite promising on paper. The rest of the 2021 Jeep Renegade design is about to remain the same.

While the new PHEV version is definitely a big thing, the rest of the vehicle is about to remain the same. We are about to see the same design, which has been around for six years, with a major update a couple of years ago. The styling will remain the same, as well as the engine lineup, which includes two familiar but non-inspiring versions. We expect to see the new model this fall. 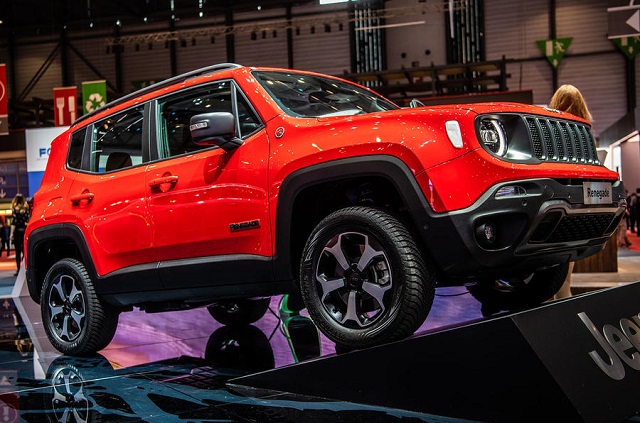 Without any doubt, the biggest novelty for the 2021 Jeep Renegade will be a new powertrain option. Along with the Compass, this crossover will come with a new plug-in hybrid powertrain. The system has already been presented and from what we’ve seen on the premiere, things look very promising.

The new system is based on a small 1.3-liter turbocharged engine but gets big help from a powerful electric motor on the rear axle. The total output goes up to quite respectable 240 horsepower, while the gasoline engine switches the current 9-speed automatic transmission for a 6-speed gearbox. A sufficient amount of power will certainly provide solid acceleration and overall performances. Some sources suggest 0-60 time in about seven seconds. We also coubt on a decent all-electric range, which goes around 30 miles.

When it comes to base design characteristics, the 2021 Jeep Renegade won’t change. You may count on the same design, based on FCA’s familiar Compact Wide platform, shared with models like Fiat 500X, Jeep Compass etc. This design has been around for about six years but we saw a facelift for the 2019 model year. For that occasion, this small crossover received a new bumper, slightly revised grille and a couple of more updates. All in all, it’s hard to expect any particular update for the next year.

The same thing goes for the interior design, where we could also see a couple of exclusive details for the new plug-in hybrid version. Still, most of the things will remain the same and all 2021 Jeep Renegade models will come with a familiar cabin design. This means you may count on the same dashboard layout, which still looks modern and features quite fine materials, despite the age.

On the other side, the current model has a couple of drawbacks, which could be even bigger in the new PHEV model. This particularly refers to the cargo area, which could be compromised with the new battery pack. When it comes to the passenger space, things are quite typical for a subcompact crossover. The front seats are quite generous in terms of space, while the second row may feel a little bit tight to taller passengers. 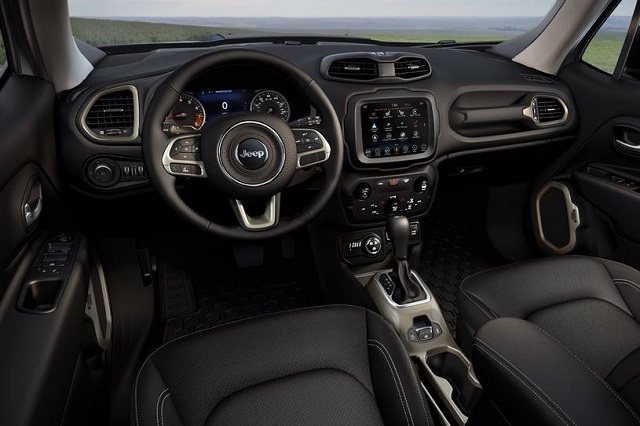 We expect to see 2021 Jeep Renegade this fall. Bigger changes in price are not expected, so base models should go around 22.500 dollars. Pricing details for the new plug-in hybrid model are still unavailable.