The current generation of the German compact crossover has been around for a relatively long time and if we consider the last-year facelift, it is expected that the current model will remain in production for a few more years. That’s why the 2021 Mercedes-Benz GLC is coming without more significant changes. More precisely, you may count on just a couple of tweaks in terms of standard and available equipment. Other than that, things remained pretty much the same.

If you’re familiar with this crossover, you know what to expect. Once again, this model will be offered in two body styles, with a quite wide engine lineup in the offer. Also, this model offers good handling and a pretty impressive overall interior quality. Finally, you may count on one of the best infotainment systems in the business. The 2021 Mercedes-Benz GLC is about to hit showrooms in the next couple of weeks. 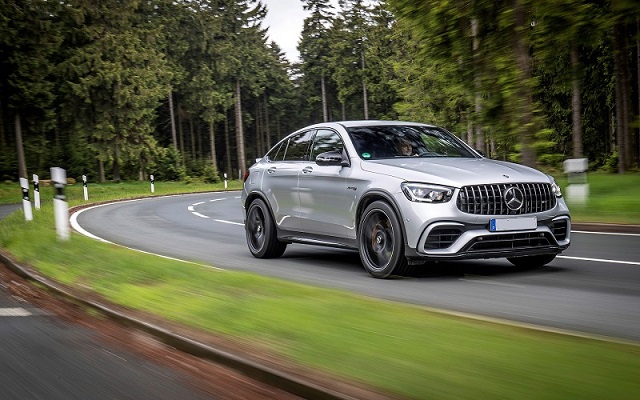 In terms of base design characteristics, this is pretty much the same vehicle that has been launched five years ago. Still, keep in mind that this model has been updated last year. We saw a typical facelift, which has brought things like new styling details, but novelties on the inside as well.

Once again, there will be two body styles in the offer. A coupe model has been introduced a few years ago and while it offers less functionality than the standard model, it looks sportier, thanks to that sloping roof layout. For the next year, the only we could see are things like a couple of new color options in the offer.

That’s not a bad thing at all, considering that we are still talking about one of the best-looking cabins in the segment. Materials are super-fine, while aesthetic and final touches are also pretty impressive. 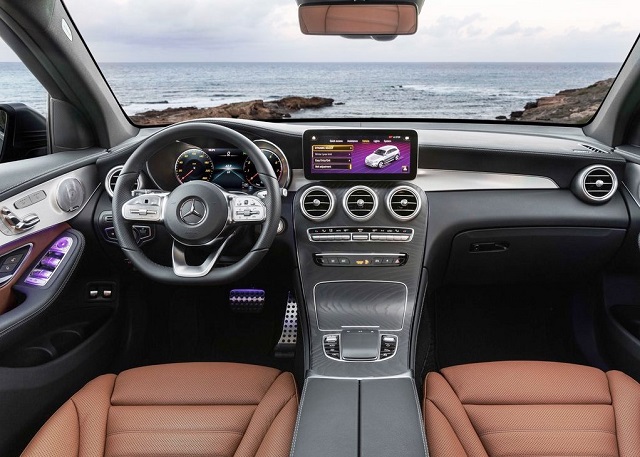 When it comes to the interior space, this crossover comes with two comfortable rows of seats. Both of them offer sufficient amounts of space for adults, though taller passengers may feel a lack of headroom in the second row of the coupe version.

In terms of cargo volume, the standard model is definitely a better pick, as it offers a couple more cubic feet. In numbers, that would be around 19.5 behind the second row and 56.5 with the rear seats folded down.

The 2021 Mercedes-Benz GLC brings a couple of novelties in terms of standard and available features. For example, things like hands-free entry as, self-parking function and rear cross-traffic alert are now standard in all models. On the other side, automatic emergency braking and a 360-degree camera are now standalone options instead of being parts of optional packages. 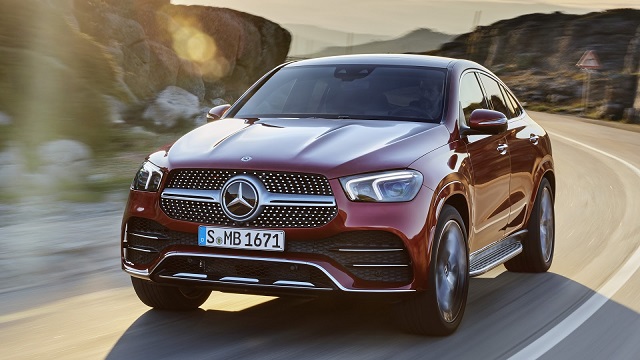 Under the hood, the 2021 Mercedes-Benz GLC will be offered in four variants. Base models will carry on with a familiar 2.0-liter turbo-four, which puts out around 255 horsepower. Despite that driving dynamics are pretty decent with this one, the optional twin-turbo V6 seems like a much better pick.  It puts out around 385 horsepower.

If you’re up to something even faster, there is a well-known 4.0-liter V8, which comes in two versions. The first one delivers around 469 horsepower. A more powerful version of this engine puts out 503 horsepower.

The 2021 Mercedes-Benz GLC should arrive in showrooms in the next few weeks. Base models should go around 44.000 dollars. Key competitors are models like Audi Q5, BMW X3, Volvo XC60 etc.