While most luxury SUVs are nothing more than makeup, Toyota’s legendary off-roader remains faithful to its original design philosophy. It still rides on a traditional body-on-frame platform and combines off-road performances with luxury in the way no other SUV on the market does. So, even though the current generation has been around for more than a decade, it still has a lot of things to offer. After all, sales numbers speak for themselves. The best thing is that the 2021 Toyota Land Cruiser Prado comes with some pretty big updates.

When it comes to novelties for the next year, the first thing that comes to mind is the engine upgrade. The familiar 2.8-liter turbodiesel has been upgraded and features more power and torque. At the same time, it is more efficient and more environment-friendly. Other than that, there is a new infotainment system, as well as a new Black Pack package, which brings several interesting styling details. 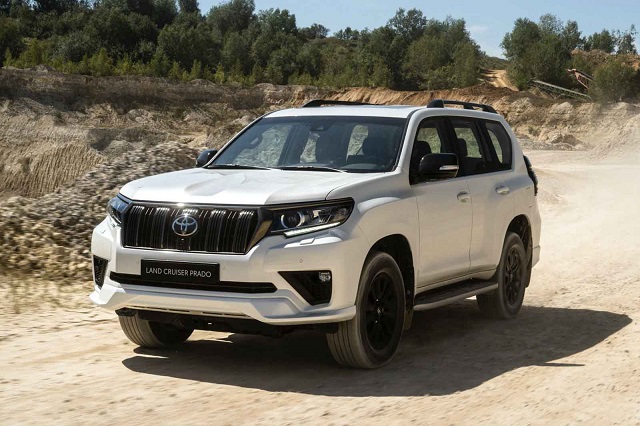 Without any doubt, the biggest upgrade for the next year is located under the hood. We are all familiar with the exceptional durability and reliability of a 2.8-liter turbodiesel, which is now more powerful than ever. The latest modifications have increased the max output to 204 horsepower, while the max torque now goes up to 369 pound-feet of torque. That’s 26 hp and 36 lb-ft more compared to the 2020 model years. The difference is easily notable on the gas pedal, as the new model accelerates from 0 to 60 in about 9.5 seconds. The transmission has been revised as well. Although it’s a familiar 6-speed automatic unit, it works better than before.

Even though the power has increased, the new engine is actually more efficient. You may count on about 7 liters per 100 km, which sounds really impressive for a vehicle of this weight and power. Moreover, CO2 emissions have been reduced as well and now go around 192 g/km, which is 18 g/km less compared to the previous version.

The engine upgrade isn’t the only novelty for the 2021 Toyota Land Cruiser Prado. Some of them can be found on the inside as well. This particularly refers to the new infotainment system. The first thing you’ll notice is a new touchscreen, which comes in a combination with new software. As a result, everything works smoother and faster. Furthermore, you may count on Apple CarPlay and Android Auto smartphone integration. 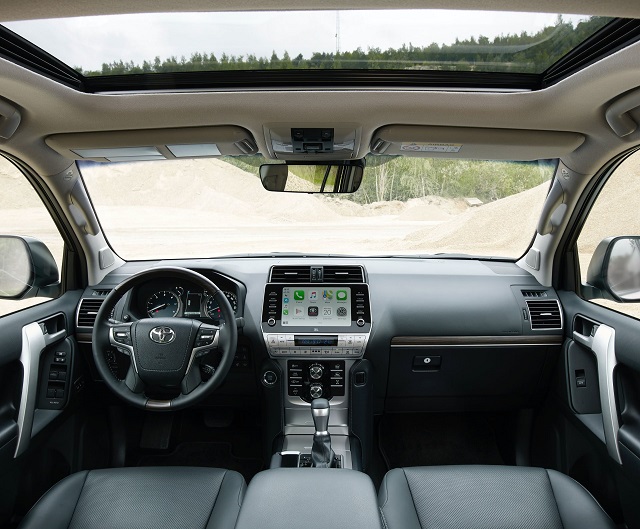 The new screen definitely makes the dashboard look better but most of the things have remained the same. We are talking about Land Cruiser’s familiar layout, which combines high-quality materials with rather classic aesthetical solutions. As the overall layout remains the same, the amount of space remains the same too. Therefore, the second row once again isn’t particularly generous with space. The same thing goes for the cargo area.

While there are several important novelties for the next year, the overall design remains the same. Of course, we are still talking about the same layout that originally debuted in 2009. Still, keep in mind that this SUV has been updated two times so far in terms of styling. The current model looks very attractive and it is definitely comparable with much younger competitors.

In this aspect, the biggest novelty for the next year is the addition of a new Black Pack package, which brings a plethora of visual upgrades. As you may presume, it’s mostly about blacked details. Both bumpers come with tweaks, while the grille and rear garnish come in black color too. Wheels, side mirrors and many other parts have been blacked as well. 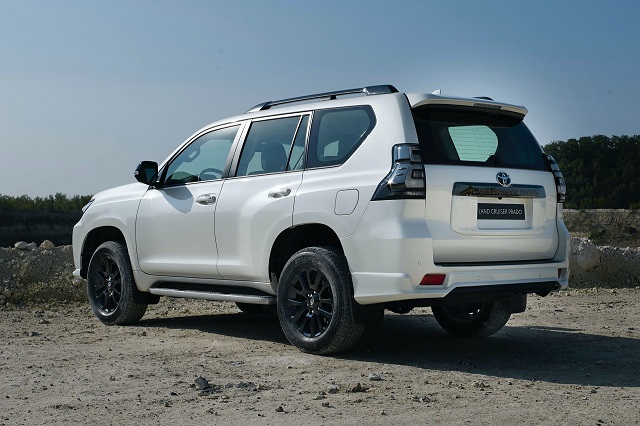 The update 2021 Toyota Land Cruiser Prado already arrived in most markets. In Europe, base models go around 45.000 euros. In North America, this model comes under Lexus’s badge and you can read the full review here.