The Bavarian carmaker is about to introduce a new flagship model. After a couple of years on the market, the X7 is about to get its even-numbered sibling. Just like X2, X4 and X6 models, the upcoming 2022 BMW X8 will also be a coupe crossover. Of course, it will come heavily based on the X7 model, with the same mechanics and a lot of other similarities. The testing model has already been spotted on the road and the most optimistic reports suggest its debut already by the end of this year.

The 2022 BMW X8 will be a full-size crossover and it will borrow lots of parts from its odd-numbered sibling. This particularly refers to mechanics, which should be identical. A lot of styling solutions will be borrowed too, while the dashboard should look identical. Practically, the main difference will be in the rear-end design, which will make this model sportier, but also less functional and practical. 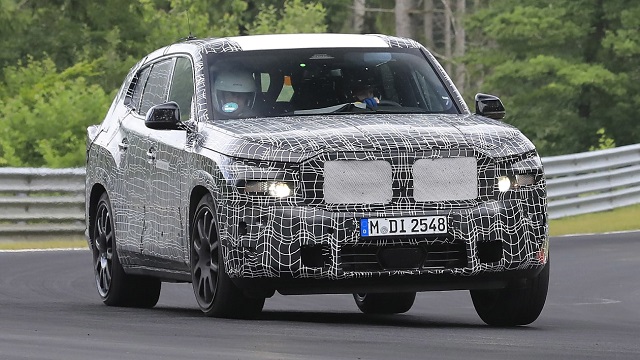 As we’ve just mentioned, the new 2022 BMW X8 will heavily rely on its odd-numbered sibling. We count on the same mechanics and pretty similar dimensions. The new model will also ride on the new CLAR platform, while the suspension setup should be pretty much the same as well. The wheelbase will also be the same, though we presume that this coupe SUV will feature a slightly shorter rear overhang, which will make it look sportier and also shorter.

Visually, the front end should bring no surprises. We count on the identical design, though there is always room for minor tweaks. The Bavarian carmaker is very subtle with these things, so we don’t expect too much in terms of aesthetical exclusivity. On the other end, the sloping roof will be the key difference. It will provide that coupe-like appearance and make the new model look sportier. 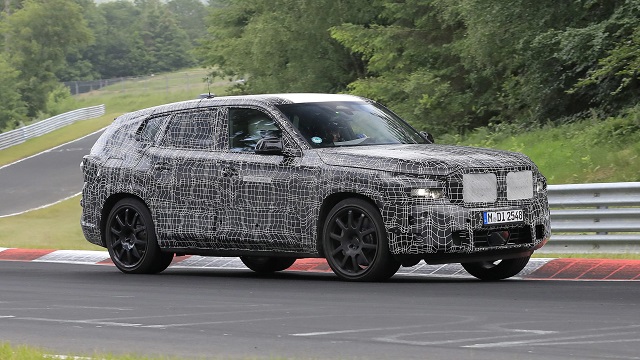 When it comes to the interior design, we presume that the dashboard will look identical to the X7. That’s definitely a great thing, considering that the current flagship model looks really impressive from the inside. It’s not as flashy as the Mercedes-Benz GLS, but that conservative approach is what we like. There is still a fair amount of physical controls, which makes everything easier to use. Furthermore, the materials are really nice, while the build quality is impressive.

The first two rows of seats should offer an identical amount of space. On the other side, the key difference will be in the rear part of the cabin. Due to the sloping rood, the third row will certainly offer less headroom. Also, the cargo area will be notably smaller. Besides fewer cubic feet, the sloping roof will also make this cargo area less friendly to bulky objects.

This aspect shouldn’t bring surprises, so the offer should start with a well-known 3.0-liter turbo inline-six. This engine is incredibly smooth and offers a lot of power. The max power is rated at 335 horsepower. We also count on a hybrid version, which would be based on the same engine, which would get help from an electric motor. Practically, we count on the same setup as in the 7 Series sedan, which features a max output of 389 horsepower.

If six cylinders aren’t enough for you, you may count on the 2022 BMW X8 M50i as well. This model would feature a 4.4-liter V8 engine, with a max output of 523 horsepower. Finally, the M model would come with the same engine, but with more power. The standard version would feature 600 horsepower, while the M Competition would count up to 617 ponies.

All engines will come with 8-speed automatic transmission. 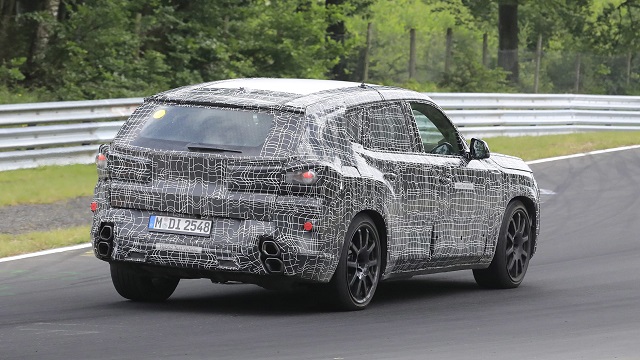 If we can trust the latest reports, the 2022 BMW X8 will hit the market by the end of the year. The officials are still quiet about a more precise launch date. When it comes to the price, base models should go around 80.000 dollars.