The new, bigger Encore GX has been around for a while. Although it was originally designed for the Chinese market, it eventually arrived in North America in early 2020. Therefore, we can say it is still a quite fresh model, which clearly indicates there are no bigger changes to come in the next couple of years. The 2021 model arrived with a couple of new standard features, but the overall design has remained the same. We doubt that the 2022 Buick Encore GX will be any different.

This means you may count on a fine small crossover, which walks on a fine line between the premium and mainstream segment. It offers pretty nice handling, along with a long list of standard equipment and quite a decent amount of space. On the other side, it lacks performance compared to premium rivals, while some areas in the cabin look quite cheap. We expect that the 2022 Buick Encore GX will hit the market sometime late in the year.

As we just mentioned, bigger changes are not expected for the 2022 Buick Encore GX. Simply, it will represent the third production year, which seems too early for any bigger updates. Therefore, the best we could see are things like new color options, though we doubt we will see too many of them either.

The overall design certainly remains the same. This means you may count on the same styling and overall shape, based on the brand’s latest design language. Mechanically, this model rides on the company’s latest VSS platform. This is the same one that undeprints Chevy Trailblazer, another small crossover designed primarily for the Chinese market. With nearly 104 inches in wheelbase, this model gets pretty close to some models from the upper segment of compact crossovers. So, it’s no wonder that this crossover is pretty specious from the inside.

The 2022 Buick Encore GX will continue with the same cabin layout. That means you may count on a pretty decent amount of space, where both rows are generous with leg and headroom and can accommodate adults with ease. The front seats are particularly comfortable, while the sound insulation is nearly on par with premium crossovers. Also, we like the driving position, which is relatively high and ensures good visibility. 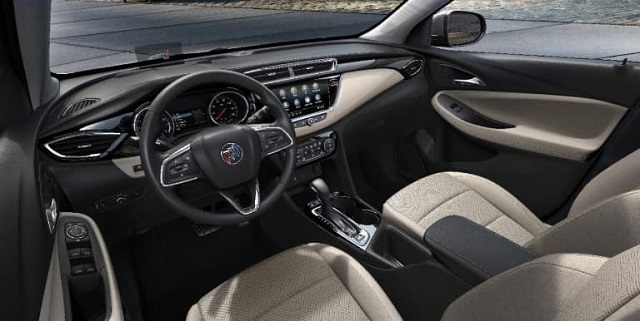 In terms of the dashboard design, this model relies on Buick’s typical design solutions and we doubt many things will change before the overhaul. Materials are fine, though there are certain areas with cheap plastics. Still, the overall build quality is solid and general impressions about this cabin are pretty good.

Another strong point of this crossover is the amount of cargo space. You may count on about 23.5 cubic feet behind the second row and more than 50 cubic feet of the overall cargo volume. Those are above-average numbers for the class.

These kinds of updates are always expected. After all, the 2021 model year arrived with standard wireless Apple CarPlay and Android Auto, while adaptive cruise control became available in lower trim levels. Similar kinds of novelties are expected in the 2022 Buick Encore GX too. Therefore, most of the things will remain the same as in the current model, which comes standard with goodies like automatic climate control, keyless entry, push-button start, an 8-inch touch screen, wireless Android Auto and Apple CarPlay, a six-speaker stereo, satellite radio, a Wi-Fi hot spot, four USB ports, and Bluetooth.

When it comes to additions to the list of standard equipment, those would be the features that are currently on the list of options. Some of the highlights are things like avigation, wireless device charging, HD Radio, seven-speaker Bose stereo etc.

Things under the hood definitely won’t change. So, you may count on two familiar engine options, both turbo-gasoline units and both with just three cylinders. Base models use a smaller 1.2-liter engine, which is good for about 137 horsepower. On the other side, the optional 1.3-liter engine is good for about 155 horsepower. Of course, the optional engine delivers better performances and works smoother. 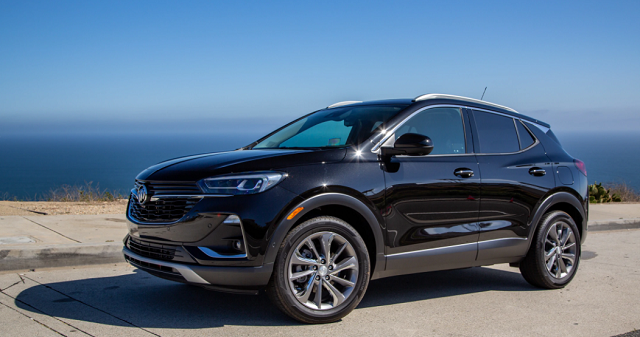 Considering that there are no bigger changes to come, we presume that the 2022 Buick Encore GX will hit the market sometime late in the next year. The current model starts around 25.000 dollars and we don’t expect significant changes in this aspect either.