The Ingolstadt carmaker is expanding its SUV lineup and it’s not particularly hard to predict the direction. Of course, we are talking about electrification and the next model to come is the 2022 Audi Q4 e-tron. It will represent the four-ring company in the segment of compact electric crossovers, where you can find models like Tesla Model Y, Jaguar I-Pace etc. In the company’s lineup, it will be positioned below the recently introduced e-tron.

The new model is expected to hit the market sometime in the first half of 2021. We count on a size pretty similar to the gasoline-powered Q5, though this model will ride on a completely different platform. Of course, the styling will be exclusive too and it will emphasize the model’s all-electric character. 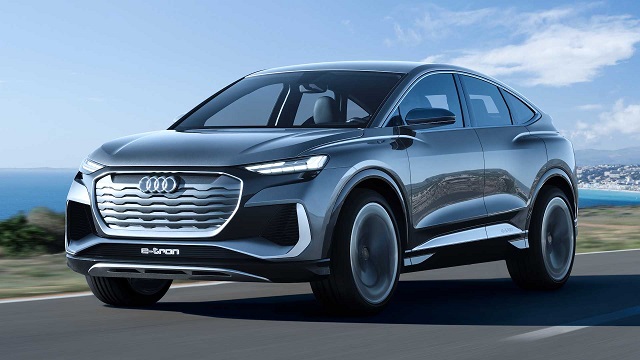 As we already mentioned, one of the most interesting things about the 2022 Audi Q4 e-tron will be the platform. This will be the first model to ride on VW’s new MEB platform, designed especially for electric vehicles. Of course, a lot of advanced tech solutions will be found there, but Audi definitely won’t sacrifice comfort and luxury. Therefore, one of the things that we should mention is that the new model will feature adaptive suspension, which should ensure top-tier ride quality.

Styling-wise, we expect a lot of similarities with the last-year concept version. Of course, this means a lot of inspiration taken from te e-tron and the latest reports suggest that the 2022 Q4 e-tron will come in two body styles in the offer. Besides the standard model, we also count on a fastback version.

Of course, this is the most interesting aspect of the vehicle and we can say that the 2022 Audi Q4 e-tron will be quite competitive. The setup will consist of two electric motors, one for each axle. So, the total output will go around 300 horsepower. That’s not as much you can get from some rivals, but Audi says that won’t sacrifice luxury for performances. Therefore, 0-60 time will go around 6.3 seconds, which makes this SUV not as fast as some rivals, but definitely doesn’t mean it is slow. 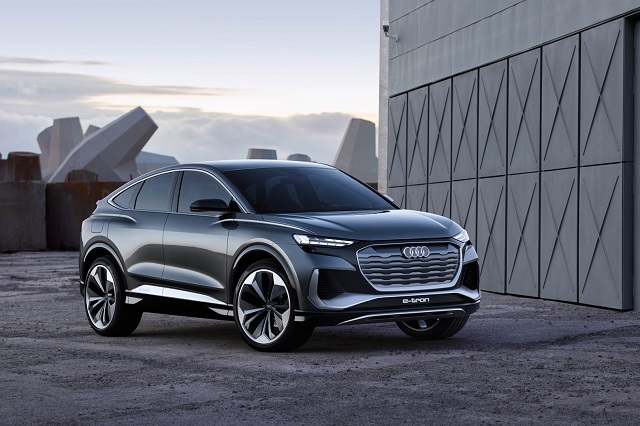 The new crossover will come equipped with an 82-kWh battery, which should ensure a max range of 280 miles, which sounds quite good. Of course, Audi will also offer a fast-charging option, which means 80% of the battery charged in about 30 minutes.

When it comes to interior design, we don’t expect that Audi will experiment too much. Simply, this company is famous for making excellent interiors and we presume that the 2022 Q4 e-tron won’t be much different compared to internal-combustion counterparts. Therefore, we count on an elegant cabin, full of high-quality materials and with loads of tech features. Of course, this would include the company’s famous Virtual Cockpit, along with other advanced features. Does this mean we are about to see the same steering wheel from the concept, it’s hard to say.

In terms of space, the 2022 Audi Q4 e-tron should be quite similar to the Q5. This means two comfortable rows of seats, with plenty of room for passengers in both rows. The cargo are should offer some respectable numbers too, at least when it comes to the standard model. On the other side, the fastback model won’t be that practical. 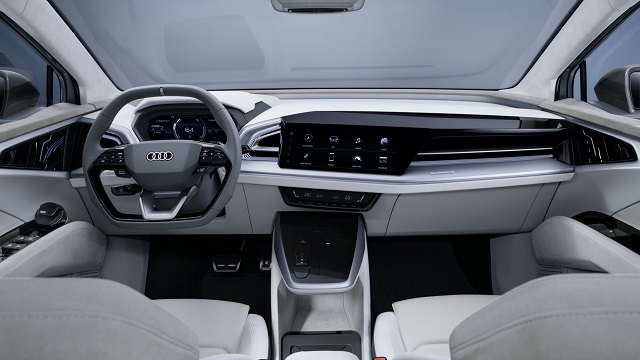 We expect to see the 2022 Audi Q4 e-tron sometime in the first half of next year. While the details about to price are yet to come, the latest reports suggest that base versions would go around 45.000 dollars.