2022 Cadillac XT4: Facelift Has Been Delayed

The Caddy’s entry-level crossover has been around since 2018 and the initial plan was to give a facelift for the next year. However, it looks like the Coronavirus outbreak will delay this update in the same way it did with several other models in GM’s lineup. Therefore, it’s quite easy to predict that the 2022 Cadillac XT4 will be a typical carryover, which won’t bring any significant update.

From the perspective of potential drivers, this means that the next year will bring a model with familiar design characteristics, a model that offers a pretty spacious cabin for the class, along with a pretty long list of standard equipment. The cargo area behind the seats is also pretty good for the class. Unfortunately, the current model also has a lot of drawbacks, starting from a noisy engine, subpar interior quality and general lack of refinement.

We expect to see the 2022 Cadillac XT4 sometime late in the year.

Considering that the facelift has been delayed for the 2023 model year, the 2022 Cadillac XT4 will offer the same characteristics as the current model. This compact crossover rides on the E2 platform, the same one as Buick Envision. With nearly 109.5 inches in wheelbase, it’s among the bigger models in the class and that’s particularly noticeable in terms of the passenger space. On the other side, this platform doesn’t provide the needed amount of refinement and we have to say that most rivals handle much better and are generally much more fun to drive. This doesn’t refer to German competitors only, such as BMW X3 or Audi Q5, but to other models as well.

Styling-wise, the only thing the next year could bring are new color options. Other than that, you may count on a familiar design, which looks okay but definitely isn’t among the most appealing in the class.

The same story is about the inside. At the first look, this cabin looks nice but when compared to rivals, it definitely isn’t in the same league. Materials are okay, but the fit and finish should be better. Also, the dashboard starts to look dated. So, we may conclude that Caddy’s engineers will have a lot of job to do with the upcoming refresh. 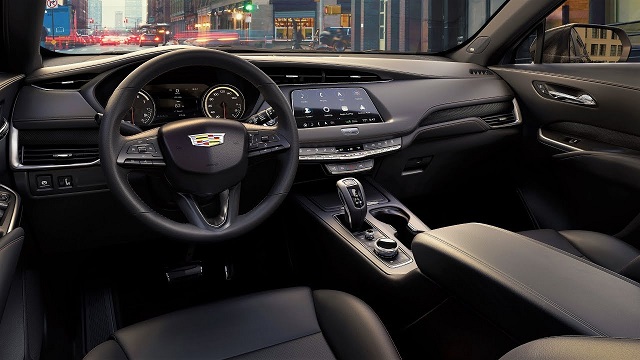 On the other side, we already mentioned the quite long wheelbase, which has a positive impact on the interior space. There is plenty of enough passenger room in both rows of seats, so we can say that the 2022 Cadillac XT4 will be able to accommodate four adults with ease. When it comes to cargo volume, you may count on about 22.5 cubic feet of cargo space behind the rear seats, which is great for the class. On the other side, less than 49 cubic feet behind the second row is really bad, given the model’s overall size.

Once again, we don’t expect to see bigger changes, though we could see a couple of additions to the list of standard equipment. Still, keep in mind that the current model already stands pretty good in this aspect. It comes standard with goodies like dual-zone climate control, keyless entry, an 8-inch touch screen, seven speakers, satellite radio, Bluetooth, USB ports, a Wi-Fi hot spot, Apple CarPlay, and Android Auto. 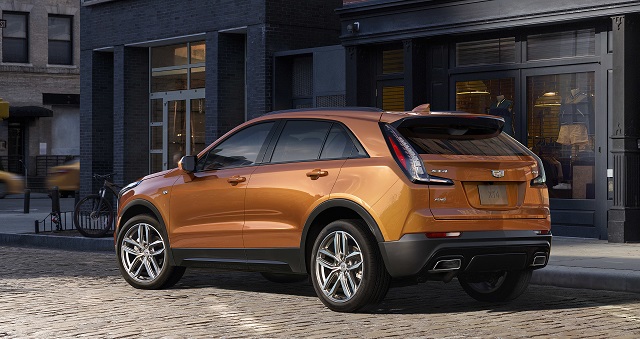 Things under the hood definitely won’t change and the 2022 Cadillac XT4 will continue with just one engine option in the offer. Of course, we are talking about a familiar 2.0-liter turbo-four, which puts out around 237 horsepower and 258 pound-feet of torque. The engine comes in pair with a 9-speed automatic transmission and while driving dynamics are okay, we have to say that engine doesn’t feel particularly refined, especially when pushed hard.

On the other side, fuel economy is quite decent. You may count on about 24 mpg in the city and 29 mpg on the highway, which is typical for the segment.

Since the refresh has been delayed and the 2022 Cadillac XT4 is coming without changes, we expect to see it on sale sometime late in the year. The price shouldn’t change too much either. So, base versions will probably cost around 37.000 dollars.