After the recent update, which has brought a revised styling and a few more novelties, we expect that the 2022 Chevrolet Colorado will come without more important updates. More precisely, we expect that this will be the final production year of the current generation, which has been around since 2012. Despite the age, it is still a strong seller, the second-best behind Toyota Tacoma.

As we’ve just mentioned, the number of novelties for the next year should be minimal in the case of this truck. Still, that doesn’t mean good-old Colorado will lack in terms of capabilities. Moreover, it still offers the highest towing rating in the class with the diesel engine. Furthermore, it offers pretty good handling for a pickup truck, while pretty capable off-road versions are available too. When it comes to drawbacks, the most critical thing is the inferior interior quality, while it also misses some quintessential safety features.

All in all, we expect that the 2022 Chevrolet Colorado will hit the market sometime in the last quarter of the year, with no bigger changes in terms of the price. 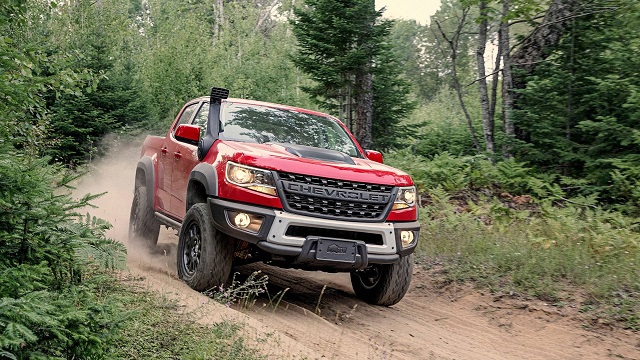 When it comes to base design characteristics, not many things have changed since the initial launch in 2012, or the model’s arrival to the U.S. market in 2014, if you want. The mechanics are generally the same, with the exception of a couple of revisions in, as well as engine updates.

Visually, we saw the last year’s refresh, which has brought new faces, which differ depending on the version you choose. Standard models came with new badging and slightly different grille designs. On the other side, changes on Z71 and ZR2 models are more notable, where you get more rugged bumpers, blacked grilles, red tow hooks etc.

All in all, the 2022 Chevrolet Colorado shouldn’t bring any particular change. Of course, there is always a chance to see a new color option or something like that but the overall layout will certainly remain the same.

Unfortunately, the same thing goes for the interior design, which is arguably the weakest point of this pickup truck. While the driving position and overall visibility are good, the build quality and materials are subpar, even by standards of this segment, which is mostly about workhorses. Models like Tacoma and Ranger still look nicer from the inside and also offer a little bit more features, especially when it comes to safety. 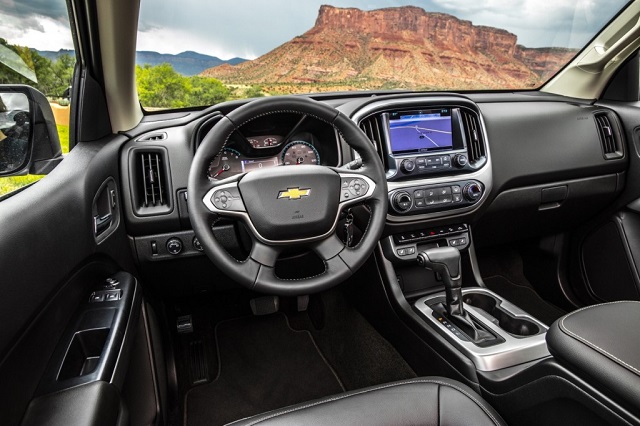 When it comes to cab configurations, the 2022 Chevrolet Colorado will continue in two familiar layouts. Base versions come with the Extended Cab style and a long bed, while you can also get Crew Cab models, which are equipped with a short bed.

Once again, no bigger changes are about to come, though some shuffle between trim levels is possible. In any case, most of the things will remain the same as in the current model, which comes standard with goodies like a 7-inch touch screen, Bluetooth, two USB ports, Apple CarPlay, Android Auto, satellite radio, and a six-speaker audio system. Additionally, you can get things like wireless device charging, an 8-inch touch screen, a seven-speaker Bose audio system, HD Radio, a Wi-Fi hot spot, automatic climate control, remote start etc.

As we already mentioned, you don’t get too many safety features with this pickup truck. Moreover, a rearview camera is the only standard features. Fortunately, there are few usable options, such as cruise control, parking sensors, forward collision warning and lane departure warning. 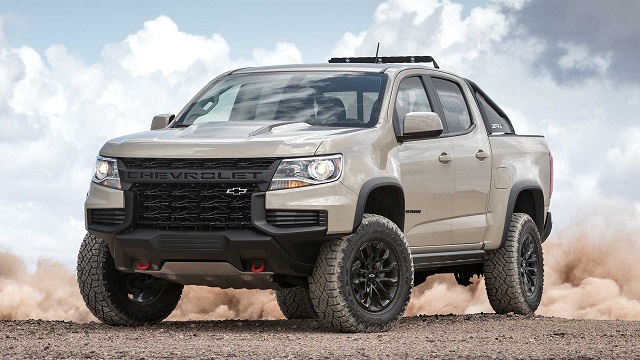 Things under the hood definitely won’t change. The 2022 Chevrolet Colorado will continue with three familiar engine options in the offer, which starts with a 2.5-liter four-cylinder gasoline engine, which is good for about 200 horsepower. While it’s not the most refined unit around, it does a decent job, especially for commercial purposes.

More ambitious drivers would probably pick an optional 3.6-liter V6, which puts out around 310 horsepower and delivers not just better driving dynamics, but a smoother ride as well.

Finally, there is a 2.8-liter turbodiesel, which is good for about 180 horsepower and 370 pound-feet of torque. It is the best choice for towing, as the max capacity goes to class-leading 7.700 pounds.

When it comes to transmission, the standard four-cylinder and the turbodiesel come in pair with a six-speed automatic transmission. On the other side, the V6 uses a more modern 8-speed gearbox.

We expect to see 2022 Chevrolet Colorado sometime in the last quarter of the year, with the starting price of around 25.500 dollars. When it comes to the competition, there are models like Toyota Tacoma, Ford Ranger, Honda Ridgeline, Jeep Gladiator, as well as the Nissan Frontier, which comes all-new for this year.