The current generation of GMC’s mid-size crossover has been around for no more than three years but it already received a facelift for the 2021 model year. Simply, the competition in the segment is very tough, while the initial version turned out to be not particularly appealing. Therefore, we saw several styling changes recently, which should help this model improve sales numbers. This also means that the 2022 GMC Acadia probably won’t feature more important updates

This means you may count on a familiar design, which has a lot of good things to offer. The cabin is spacious, while the bold exterior design definitely helps Acadia to stand out from the crowd. Also, you may count on two quite capable engine options, which are relatively efficient as well. On the other side, the thing we don’t like about this three-row crossover is the handling, while the interior quality could also be better. The lack of novelties for the next year means that we should expect it sometime in the last quarter of 2021.

As we’ve just mentioned, the current generation is still a quite fresh model. After the recent update, it is pretty much for sure that the current generation will remain in production for a few more years. This model rides on GM’s familiar C1 platform, on its standard version that is good for about 112.5 inches in wheelbase. That’s a typical size for the segment. Other than that, most parts are shared with the significantly longer Chevy Traverse.

When it comes to styling, the recent update has brought a lot of new things. This particularly refers to the front face, which now features a bolder and more muscular appearance, inspired by the new-generation Sierra pickup truck. Therefore, the best we could see for the 2022 GMC Acadia are novelties in terms of colors and similar things.

Once again, no bigger changes are expected to come. The recent update hasn’t brought too many changes on the inside. So, the overall layout is pretty much the same as in the initial model. This means relatively good overall quality. The dashboard looks nice but the problem is in the fact that most rivals have raised the bar and now look quite premium. This particularly refers to class-leaders like Mazda CX-9 or Hyundai Palisade. 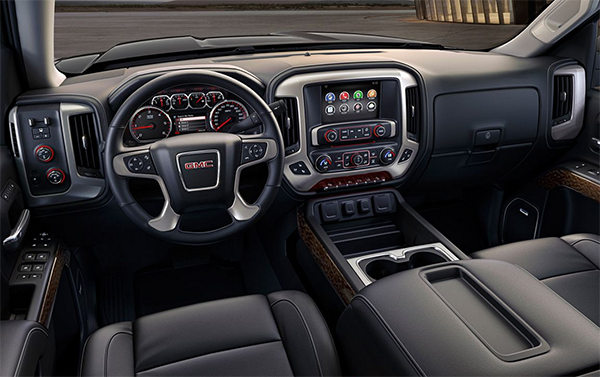 On the other side, there is nothing to complain about in terms of the passenger space. With 112.5 inches in wheelbase, there is enough room for three rows of seats and even the third row offers more than 30 inches in legroom. That means that adults can comfortably sit there, at least on shorter trips. When it comes to the cargo area, you may count on about 12.8 cubic feet behind the third row, 43 behind the second and 79 cubic feet of the total cargo space. Those are quite typical numbers for the class.

When it comes to tech features, the current model is already equipped fairly well. The list of standard features includes goodies like an 8-inch touch screen, a six-speaker audio system, satellite radio, a Wi-Fi hot spot, five USB ports, Bluetooth, Apple CarPlay, and Android Auto. On the other side, goodies like a dual-panel sunroof, navigation, wireless device charging, an eight-speaker Bose audio system, HD Radio, and a rear-seat entertainment system are currently on the list of options but some of them could become standard in the 2022 GMC Acadia.

The list of standard safety and driver assistance features currently includes things like a rearview camera, rear parking sensors, rear cross-traffic alert, blind spot monitoring with lane change alert, and a rear-seat reminder. Currently, things like adaptive cruise control, lane keep assist, lane departure warning and surround-view camera are on the list of options but some of them could become standard in the future. 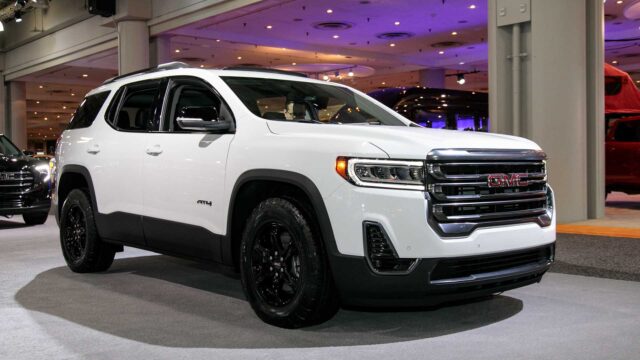 Changes under the hood definitely won’t come. We are about to see two familiar engine options in the offer. Base models will come with a 2.0-liter turbo-four, which is good for about 230 horsepower and provides fairly decent performances. For those who prefer something more dynamic, there is a well-known 3.6-liter V6, good for about 310 horses. Both engines come in pair with a 9-speed automatic transmission.

We expect to see 2022 GMC Acadia sometime late in the year, with the starting price of around 30.000 dollars. The competition in the segment is pretty tough. Some of the key players are models like Toyota Highlander, Honda Pilot, Ford Explorer etc.