The iconic nameplate came back after years of absence and it is better than ever. The new generation of this off-roader comes to compete with Wrangler and from what we’ve seen so far, this will be an amazing rivalry. As the new model arrived for the 2021 model year, it’s obvious that the 2022 Ford Bronco will represent the second production year and that is hard to expect more significant updates. However, this refers to standard models only. On the other head, we are eagerly waiting for the Bronco Raptor, which will bring all kinds of upgrades compared to standard models.

As you may presume, the focus will be on the off-road performance and we count on upgrades in terms of suspension, off-road hardware and similar things. Moreover, we also expect to see a lot of new styling details that will accentuate the model’s high-performance character. The new version should hit the market sometime late in the year. 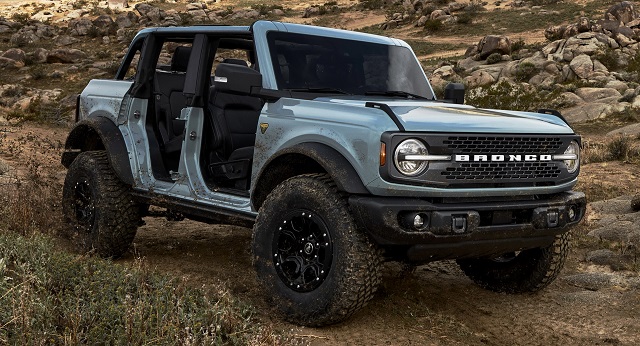 While standard models are about to continue in the same way, the new Bronco Raptor will come with loads of upgrades. While the base version is already pretty capable, this particular variant will bring new things to the table. Just like the standard model, it will feature independent front suspension, but with a couple of revisions. It will be softer and provide more travel, which will make it perfect for fast desert runs. Of course, we count on a variety of tweaks in terms of tires, brakes and similar things. Furthermore, the 4WD system will be revised and the Blue Oval Company will offer new drive modes, along with other goodies.

When it comes to the styling, there is no doubt that the 2022 Ford Bronco Raptor will come with loads of unique styling details, to show its rugged nature. We presume that the overall approach would be the same as in other Raptor-badged models. That would mean a black grill and loads of black plastics around the vehicle, as well as unique wheels, color options, graphics etc.

Of course, the inside of the Raptor will also feature a couple of exclusive features, but the overall interior design shouldn’t be much different. The 2022 Ford Bronco interior will remain pretty much the same, with the same layout that looks pretty good in our eyes. This cabin combines retro and modern design elements, while the materials and build quality are on a pretty high level. The cabin is also really smart, considering that you may count on a full load of the latest tech features. 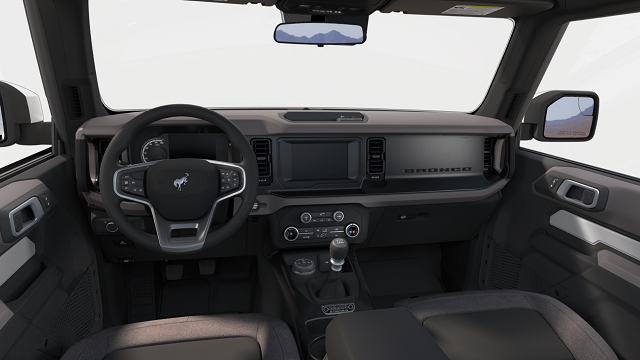 Once again, we will see two familiar configurations, with either two or four doors. While the former will continue to be an uncompromised off-roader, the four-door version will continue as a more practical variant, which offers plenty of passenger space in the second row and a generous cargo area. As we’ve just mentioned, this SUV comes with a long list of tech features. Base models will come with an 8-inch touchscreen, while a large 12-inch unit will be available too. The list of standard equipment will also include goodies like Apple CarPlay, Android Auto, Wi-Fi hot spot etc. Additionally, you may count on options like navigation, premium audio system etc.

When it comes to the powertrain, base models will continue in the same way. We are talking about a well-known 2.3-liter turbo-four, which puts out around 300 horsepower and 325 pound-feet of torque and can be paired with either a 7-speed manual gearbox or a 10-speed automatic. The optional 2.7-liter V6 is good for about 325 horsepower. It’s not much more powerful than the turbo-four, but its massive 415 pound-feet of torque makes a big difference. Unlike the base engine, this one is available only with a 10-speed automatic. Some sources suggest we might see a diesel version too but at this point, the officials are quiet.

On the other hand, the 2022 Ford Bronco Raptor is still a mystery. Of course, it will need a lot of power to compete with the monstrous Wrangler Rubicon 392, so two units come to mind. The first one is a newer 3.0-liter V6, which puts out around 400 horsepower. Others suggest an older-generation but more powerful 3.5-liter V6, which puts out 450 horsepower. That’s the same one that powers the F-150 Raptor. 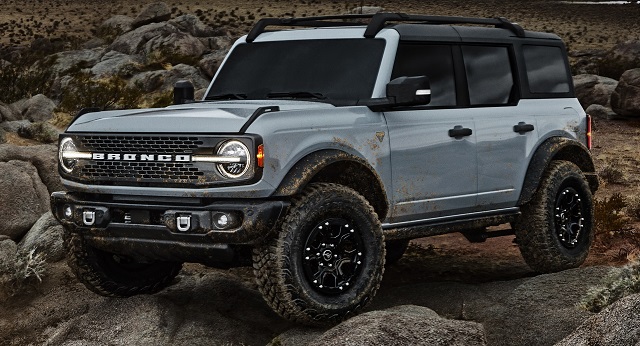