Pickups are getting more and more popular every year and the most interesting thing about this rise in demand is that these aren’t just working machines anymore. More buyers choose pickup because they think they fit perfectly their lifestyle. Therefore, we may expect a number of unibody pickups in the future, models that don’t necessarily put focus on things like hauling and towing. One of the first models of that kind to come is the the 2022 Ford Maverick, which will be based on the Ford Bronco Sport.

The new pickup truck is pretty close to its launch. We are talking about months, so it’s no wonder that many aspects of the vehicle are already known, starting from the styling. The test mule doesn’t wear camouflage anymore, so we can take a detailed look at the styling. The engine lineup is also pretty much known, while the interior still remains a bit of a mystery. 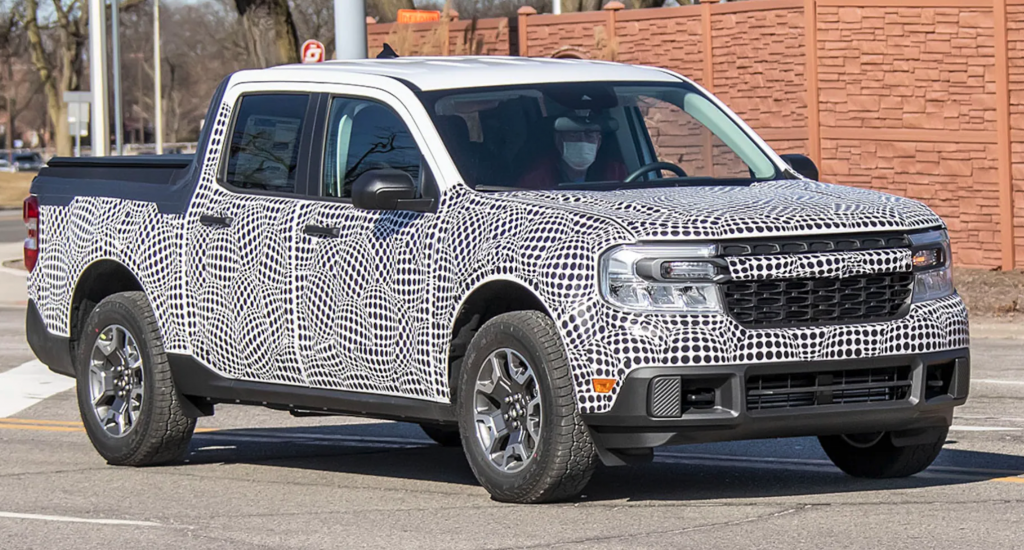 One of the most important things about the 2022 Ford Maverick is its base design. Unlike traditional pickup trucks, which use a classic body-on-frame platform, this one will feature a car-like unibody layout. In practice, this means it will be able to provide a higher level of comfort and overall ride quality. On the other side, such a design means not particularly impressive capabilities in terms of towing and hauling.

Another symptomatic thing about this pickup is the fact that it will be based on Ford Bronco Sport, which is essentially a compact crossover. On the other side, models like Honda Ridgeline and the upcoming Hyundai Santa Cruz are based on mid-size models. So, the 2022 Ford Maverick will be notably smaller and cheaper, we hope. 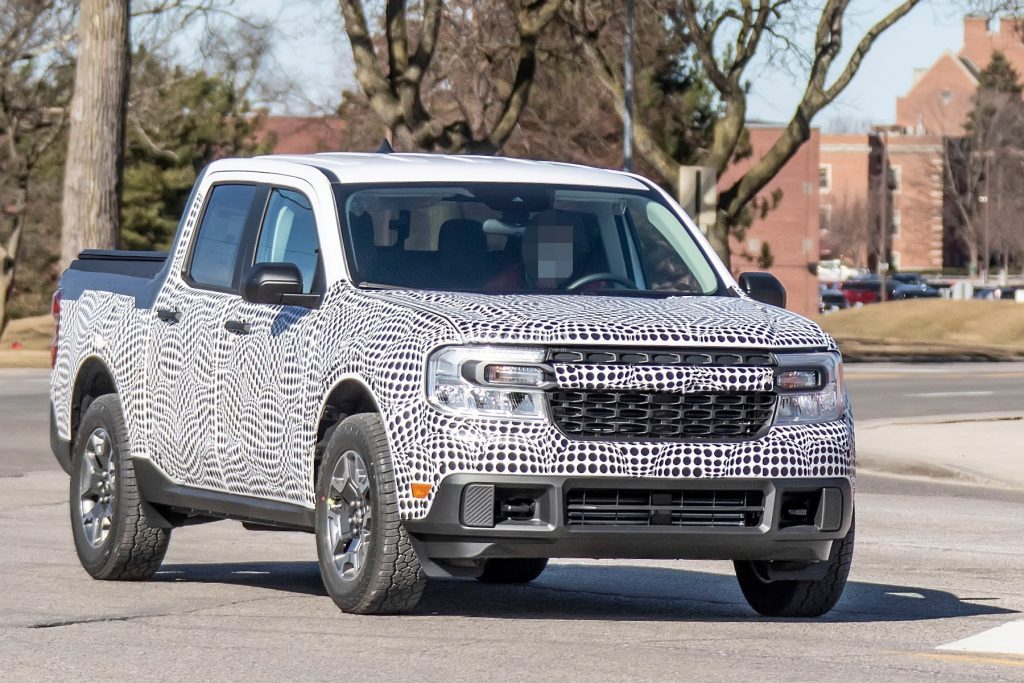 When it comes to aesthetics, a good thing to know is that the test mule has taken off most of its cover. So, we can see how the 2022 Ford Maverick will look like. Of course, it will come with a double cab and short bed, as well as with a typical pickup body style. On the other side, its front end looks particularly interesting is the front end, which looks quite rugged, given the model’s basis. The front grille and headlights are different compared to the Bronco Sport and come with a little bit more influence from pickups like Ranger and the F-150.

The inside of this pickup is still a mystery. Many experts believe it won’t be much different from the crossover sibling. However, keep in mind those reports that suggest starting price under 20.000 dollars. If that happens, we presume that the base version would feature an extremely Spartan design. More details will be known soon. 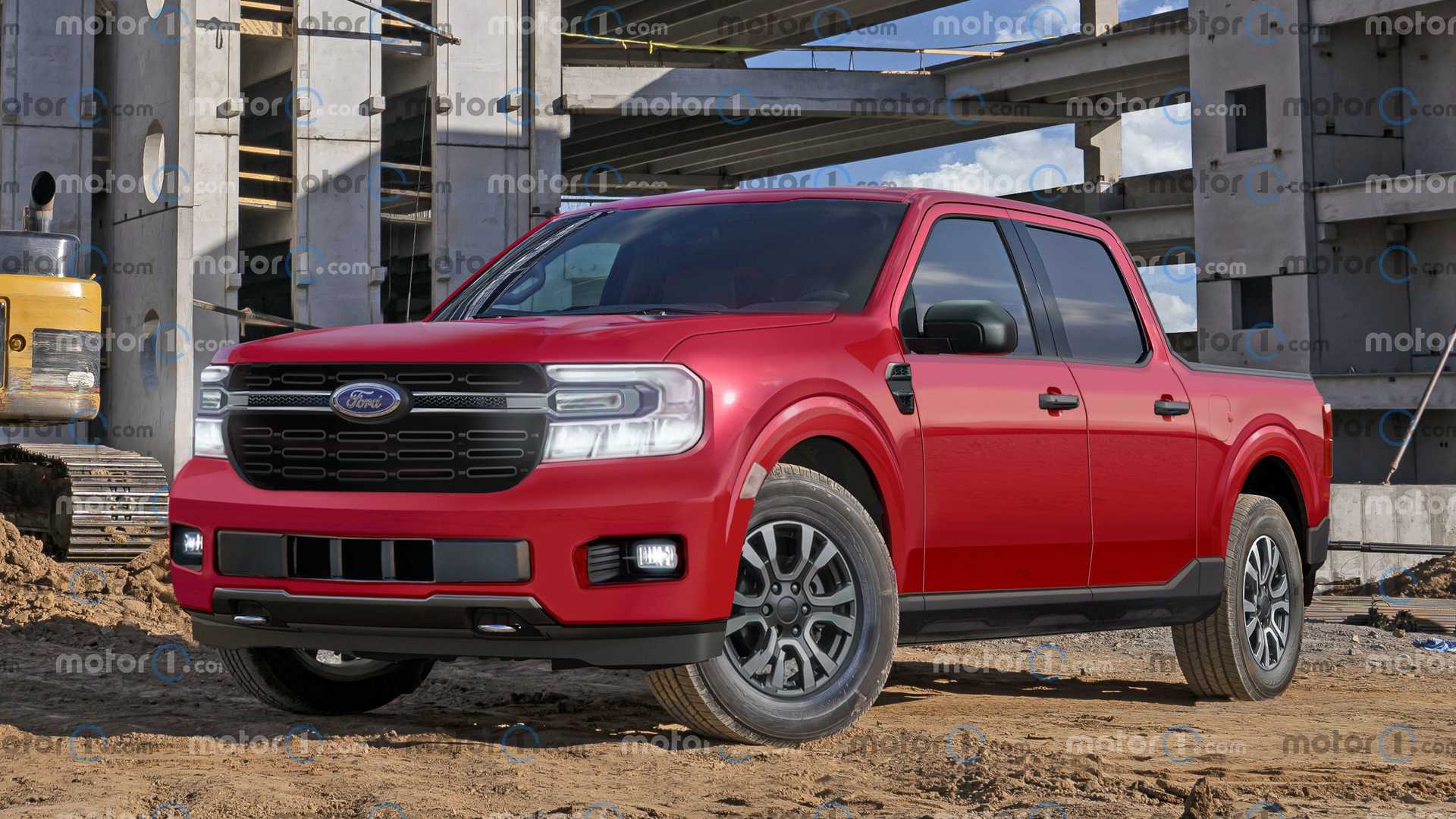 Things about the powertrain are quite easy to predict. Simply, we count on the same engines as in other models that use this platform. That would mean that base models would probably feature a 1.5-liter engine, which puts out around 180 horsepower. On the other side, more expensive versions would come with a 2.0-liter turbo-four that puts out around 250 horsepower. In both cases, the power would be via an 8-speed automatic transmission. Base models would feature an FWD layout, while all-wheel drive would be optional.

At this point, we don’t have information about some off-road performance version, though we can hear such rumors.

According to the latest reports, the 2022 Ford Maverick is pretty close to the launch. We could see it in showrooms already in a couple of months. As we already mentioned, some sources believe that the starting price will go under 20.000 dollars, though we are pretty sure it will be closer to the 25.000-dollars mark.