If we look at BMW’s typical production cycles, it looks like it’s time for a redesign of the company’s smallest crossover. The latest spy shots are here to confirm that. The 2022 BMW X1 is about to come completely new and we may count on a lot of interesting novelties. One of the biggest things is that the small SUV will be offered also in an all-electric version. Other than that, we count on a new design, new features and improvements in various aspects.

Despite the novelties, we don’t expect to see anything too radical. Simply, the Bavarian manufacturer will stick with the proven design solutions. So, this will rather be an evolution of the outgoing generation, whether it’s about styling or mechanics. We don’t expect to see a significant increase in terms of the size either, though the wheelbase will be slightly longer. 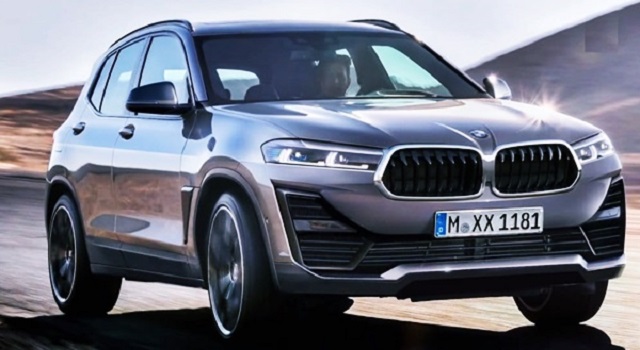 As we’ve just mentioned, the upcoming 2022 BMW X1 redesign is about to bring a lot of novelties. Of course, one of the first things that come to mind is the platform. Naturally, the new model will be based on the 1 Series, which means it will ride on the new version of the UKL2 platform. Among many novelties, this platform also brings the ability to accommodate large batteries and electric motors. This means that you may expect to see an all-electric version of the next generation.

Besides the new platform, which will improve comfort and driving characteristics, the 2022 BMW X1 will also come with the new styling. The testing model has been spotted on the road. It still wears camouflage, so it’s hard to talk about details. However, it’s quite easy to see that the overall shape looks pretty similar. The wheelbase will be slightly increased but the overall dimension won’t change too much. Also, we can see that the new front end won’t bring radical changes. We will rather see an evolution of the current design language, which means there won’t be a place for those oversized grille layouts we can see in some BMW models. Instead, the front end will look pretty similar to the current-generation 1 Series. 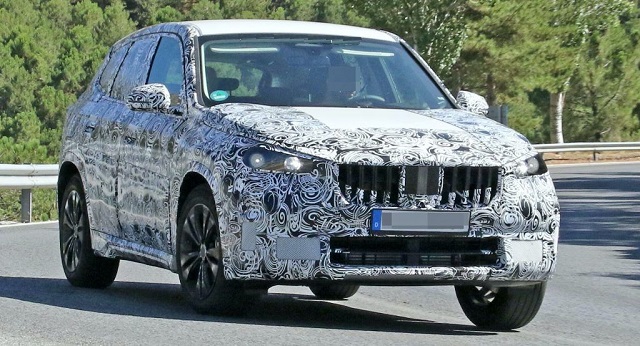 Naturally, the upcoming redesign will also bring a completely new interior. Once again, we count on a lot of similarities with the hatchback sibling. This particularly refers to the dashboard, which will adopt the new styling philosophy. This would mean an infotainment system that is integrated into the dashboard. Also, you may count on a new digital instrument cluster and generally higher interior quality, both in terms of materials and fit&finish.

When it comes to space, we don’t expect significant changes, but that isn’t a bad thing at all. The current generation is already among the most spacious models in the class. It offers plenty of passenger space in both rows. Moreover, the numbers in terms of cargo volume are impressive. The current model offers  27.1 cubic feet of space behind the rear seats and 58.7 cubic feet behind the front seats, which is on par with many models from the segment above. So, even the numbers remain the same, this will still be an impressive small SUV.

The new 2022 BMW X1 will be a lot about electrification but gasoline lovers can sleep calmly. Base models will continue with a familiar 2.0-liter turbo-four engine, which will get a power increase to 265 horsepower and 295 pound-feet of torque. Some sources also suggest an M-badged version, with over 300 horses. However, the officials are still quiet about this.

When it comes to electrification, we should mention the plug-in hybrid model first. The current general already has such a setup in the offer. It is based on a 1.5-liter engine and delivers around 225 horsepower and 35 miles on the all-electric range. We presume that the new 2022 BMW X1 will come with improvements in terms of power, battery capacity, all-electric range etc.

Finally, there is the upcoming all-electric version. The exact numbers are still to come, but this version has been officially conferment.

The European market has always been specific, so there is no doubt that there will be a couple of exclusive engine options. Of course, we are thinking of diesel units, but smaller gasoline engines will be on the offer as well. 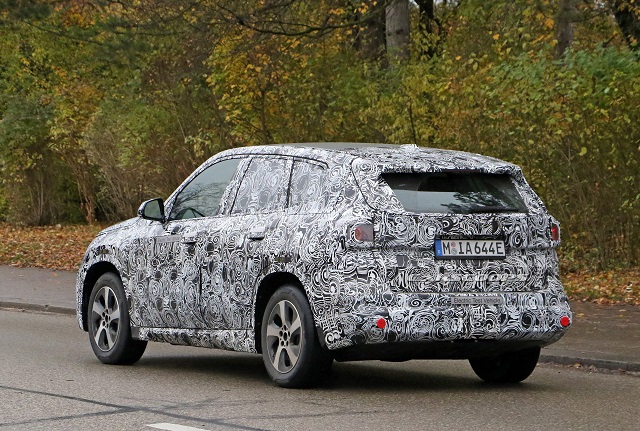 At this point, the best we can say is that the 2022 BMW X1 will come either in the last quarter of this year or in early 2022. When it comes to the price, we don’t expect a significant increase compared to the current model, which starts at around 36.000 dollars. Some of the key competitors are models like Mercedes-Benz GLA, Audi Q3, Lexus UX, Volvo XC40 etc.