If you look at VW’s current lineup, things look really confusing. There are so many different nameplates, including those designed for particular markets. This particularly refers to the Chines markets, which is vastly important for the German manufacturer. Another big market that is full of exclusive models in Brazil. There, we are about to see another new model, in the form of 2022 VW Nivus. This will be a brand-new crossover and it will be very interesting in so many ways, especially in terms of design characteristics.

Coupe crossovers aren’t a new thing in the automotive industry. However, they have been reserved for luxury carmakers, not for the mainstream segment, which should be mostly about practicality and functionality. However, times are changing, so this model will completely change the picture of VW’s lineup. We expect to see it sometime in the next year.

At this point, we know that the 2022 VW Nivus will be designed primarily for the Brazilian market. So, design characteristics will be adapted to this part of the world. What exactly this means is that this is going to be a pretty small crossover, in the so-called subcompact segment. Therefore, you may presume it will have a lot of things in common with Polo, T-Roc and similar models. Of course, you may count on a familiar MQB architecture, while the footprint should be similar to the T-Roc. We will see a similar wheelbase, which means around 102 inches.

Still, keep in mind that this model will be primarily designed for developing markets, so it may lack the refinement we used to. This particularly refers to mechanics, as we won’t be seeing the latest automatic gearbox in the offer, neither more powerful engines, at least not on the Brazilian market.

This will definitely be the most distinctive aspect of the new model, despite it will follow the company’s familiar design language. The 2022 VW Nivus has already been presented with teaser photos. Although with a strange camouflage, it clearly shows most of its aesthetics. When it comes to the front end, you may count on the company’s typical design approach, on the face that won’t be much different compared to models like T-Roc, Tiguan etc.

On the other side, the rear end will be really distinctive. Of course, it’s all about that sloping roof, which provides that couple like shape. With such design, the 2022 VW Nivus will definitely stand out from the crowd. Such an approach will provide a pretty sporty stance, notably more attractive compared to the current T-Roc and other VW models. Therefore, we can only hope that this model will hit North American and European markets one day.

When it comes to interior design, we definitely don’t expect any surprises. The dashboard should feature pretty much the same layout as Polo and similar models. This means classic and proven design solutions, as well as pretty decent overall quality. Still, keep in mind that this model is designed for the Brazilian market, so materials will probably feature a little bit lower-grade quality compared to what we usually see in Europe and North America. Still, that may not happen after all. If the company plans to spread this coupe-like crossover around the world, higher quality would definitely be required. 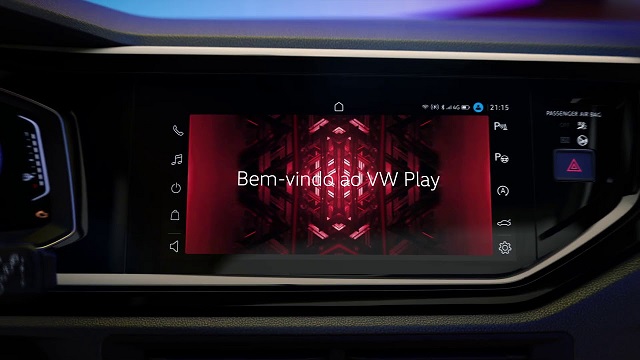 When it comes to the powertrain, we know for sure that the version for the Brazilian market will come with VW’s familiar 1.0-liter turbo three-cylinder gasoline engine. It will come with either a 6-speed manual or a 6-speed automatic gearbox and the exact amount of power will depend on the transmission choice. On one side, version with a manual gearbox will be good for about 114 horsepower, while the automatic would be good for 126 horses.

If this crossover hit European and North American markets one day, we have no doubt it will feature something bigger under the hood. At this point, it’s hard to say what exactly, but definitely something that delivers much more power. Some form of electrification seems possible as well.

The 2022 VW Nivus is expected to hit the market sometime in the next year. When it comes to Europe and North America, it definitely won’t come before 2022. When it comes to the price, the North American version would probably go around 17.000 dollars. Key competitors would be models like Nissan Kicks, Hyundai Venue etc.