The Bavarian carmaker is bringing a lot of novelties this year and among them, you can also find the 2021 BMW X2. As the current generation has been around for just three years, it’s obvious that we are talking about mid-cycle updates. Of course, the first thing that comes to mind is a facelift and the new model will certainly come with nice visual updates. However, visuall upgrades won’t be the only novelties for the next year, as a plug-hybrid version is also on the way.

On the other side, the overall layout will remain pretty much the same. This means you may count on a coupe crossover, which offers excellent driving dynamics and offers a sporty ride. Besides great driving characteristics, this small SUV also comes with a pretty nice interior and loads of features. Speaking of the features, the 2021 BMW X2 will certainly expand the list of standard equipment. 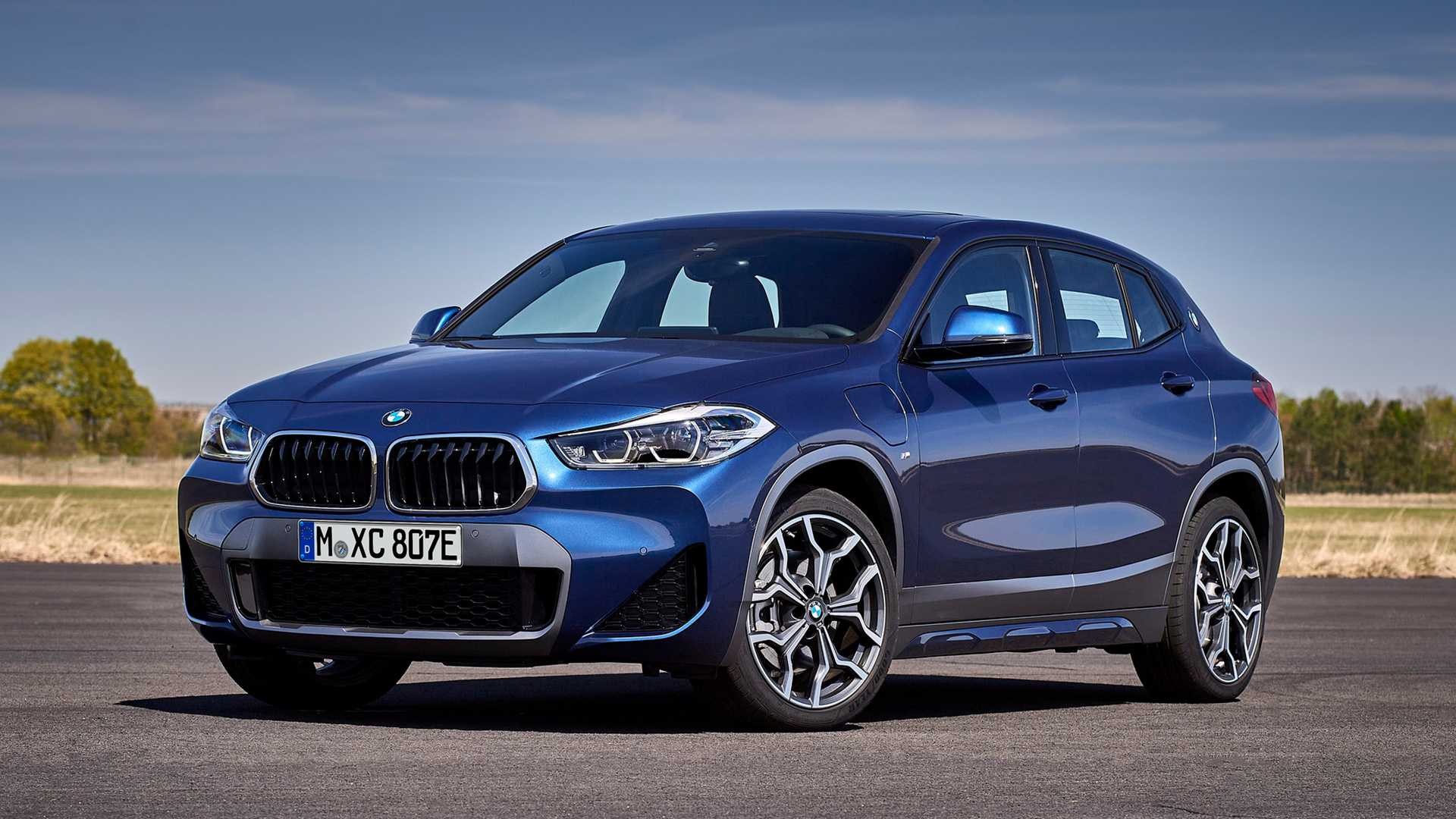 In terms of base design characteristics, the 2021 BMW X2 definitely won’t bring any particular changes. The current generation has been around for just a couple of years, so it is hard to expect any significant change. On the other side, we are about to see a facelift. At this point, we don’t know the details, but knowing the Bavarian policy, changes will definitely be mild.

A couple of updates are possible on the inside as well. We could see a couple of tweaks to the dashboard, but we are pretty sure that the majority of changes will be in terms of new features. Therefore, you may count on familiar dashboard design and overall cabin layout. There is plenty of legroom in both rows, seats are comfortable, but the sloping roof limits headroom in the second row. The cargo area has also been compromised because of such design. Still, numbers are still pretty average for the class and go around  21.6 cubic feet of cargo space behind its rear seats and 50.1 cubic feet of the overall cargo space. 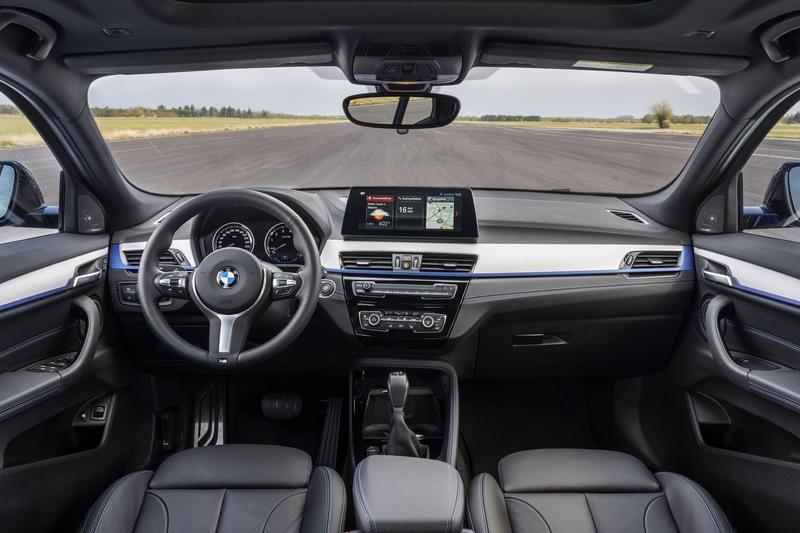 As we’ve just mentioned, a big share of the changes will go to new features. We expect a lot of novelties wit this update, though we have to say that the current model is already equipped pretty well. It comes standard with tech goodies like an 8.8-inch touch screen, a navigation system, HD Radio, seven speakers, Bluetooth, a USB port, and a year subscription to Apple CarPlay. The list of options includes things like a Wi-Fi hot spot, a smartphone charging pad, satellite radio, premium audio system and similar things, and we have no doubt that some of these will become standard in the next-year model.

As we already mentioned, one of the biggest novelties of this mid-size update will be a new PHEV version. This model will come equipped with a combination of 1.5-liter turbo inline-three and a 95-hp electric motor, which will power rear wheels. The combined output will go around 220 horsepower and 283 pound-feet of torque. The power is sent through an 8-speed automatic transmission and we expect that this model will be able to hit 60 in about 6.8 seconds. The top speed will go around 125 mpg.

The new hybrid model will come as 2021 BMW X2 xDrive25e and it will come equipped with a 10.0-kWh battery pack. The battery is positioned under the rear seats but still compromises the cargo volume. On the other side, you will benefit in terms of all-electric range, which will probably go around 25-30 miles. 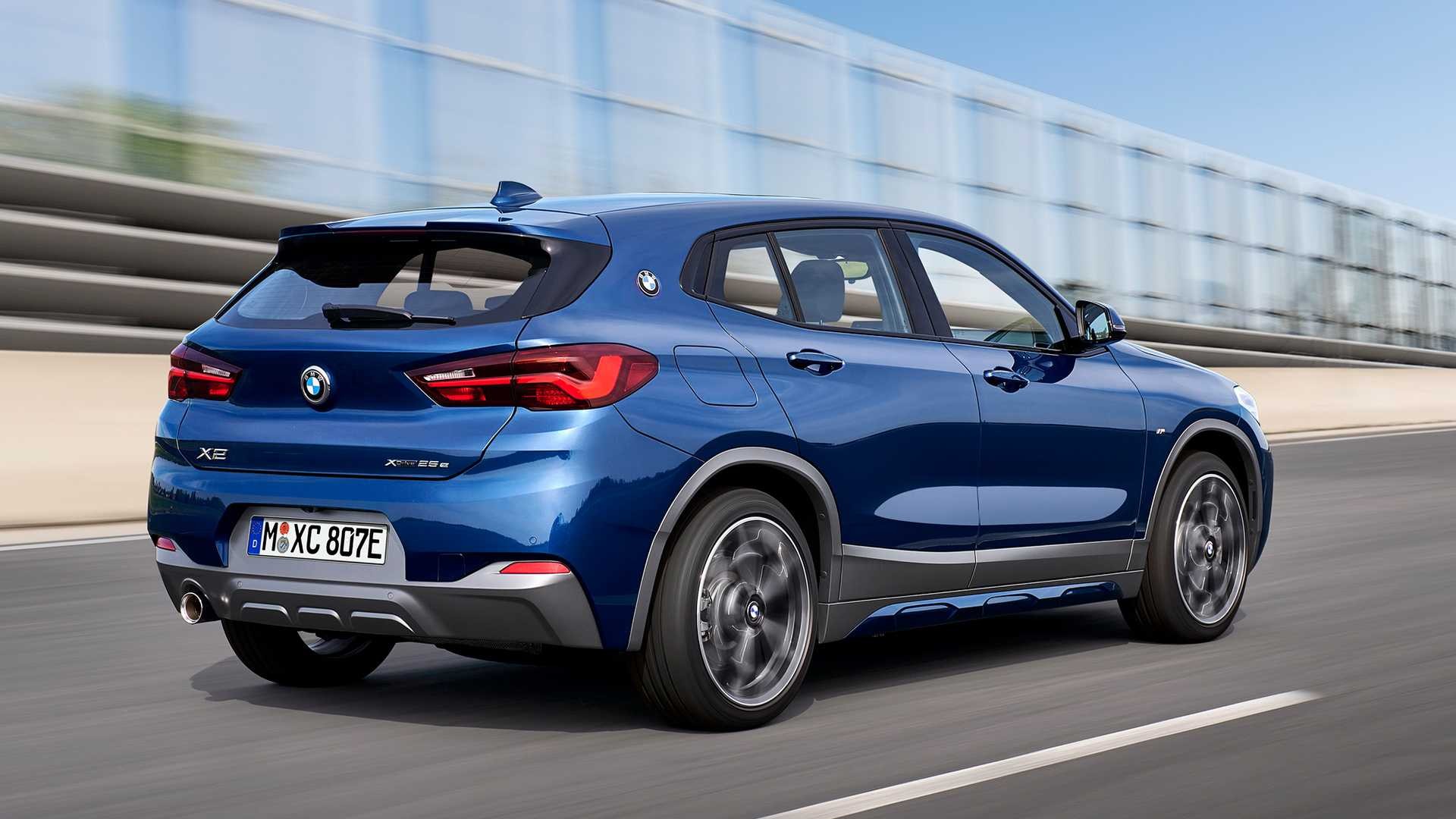 On the other side, the combustion lineup will come without changes. So, the base 2021 BMW X2 sDrive28i will come with a 2.0-liter turbo-four, which puts out around 228 horsepower and comes in pair with an 8-speed automatic gearbox.

The base engine offers pretty solid performances, but those who are looking for something peppier can pick the M-badge version, which uses the same engine but delivers 301 horsepower and 331 pound-feet of torque. With such a power, the X2 hits sixty in less than five seconds.

Despite the pandemics, we won’t see any significant delay, according to the latest reports. Therefore, the new 2021 BMW X2 should be ready to hit the market by the end of the year. The current model starts around 37.000 dollars and we don’t expect significant changes in the future. On the other side, the price of a new plug-in hybrid version for the US market is still unknown. Key competitors are models like Audi Q3, Mercedes-Benz GLA, Volvo XC40 etc.