After the last-year redesign and all those novelties that arrived, there is no doubt that the 2021 Ford Escape will come without more important changes. This means you may count on a lot of great things that characterize this compact crossover. It is spacious and comfortable, but yet fun to drive and pretty intuitive. Also, you may count on four powertrain options, including both hybrid and plug-in hybrid powertrain.  Finally, you may count on excellent predicted reliability ratings.

For the next year, the company has prepared minor changes only. Those are mostly about additions of new features to certain packages. For example, adaptive cruise control and a traffic-sign recognition have been added to the Pilot 360 Plus package, while hands-free power liftgate and memory settings for the driver’s seat and exterior mirrors are now part of the Technology package. Besides these additions of features, there are also new 19-inch wheels for the Titanium trim level. 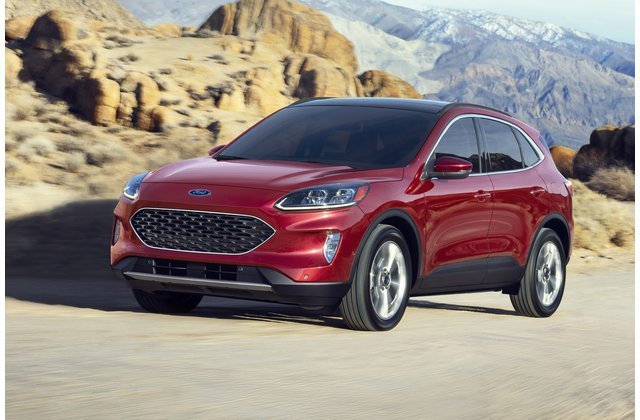 Those would be some of the key novelties for the 2021 Ford Escape. Other than that, things are about to remain pretty much the same. The recent redesign has brought a lot of improvements. There is a new platform, based on the Focus, which makes this crossover ride even better than before. It’s not exactly a Mazda CX-5 level of handling, but the new Escape will satisfy even the most demanding drivers.

Visually, we don’t expect any particular changes either, except for the aforementioned new wheels for the Titanuim model. The new styling is based on the new Focus and follows Ford’s latest design language.

Some sources were suggesting the addition of the ST model. Of course, this version would bring various upgrades, both in terms of mechanics and aesthetics, as well as a more powerful engine. However, the latest reports suggest this version won’t come.

Changes on the inside won’t come either. You may count on the same cabin layout, which has so many great things to offer. First of all, this is a pretty spacious and comfortable crossover, which accommodates adults in both rows of seats with ease. Furthermore, seats are pretty good, while visibility is great in pretty much all directions. On the other side, the thing some drivers won’t like is the dashboard design. Although it looks good, and the quality seems decent, the fact is that today’s segment standards are much higher than before and that many rivals look way better from the inside, and we are not talking about models with finest cabins only, such as Mazda CX-5 or VW Tiguan, but many others as well. 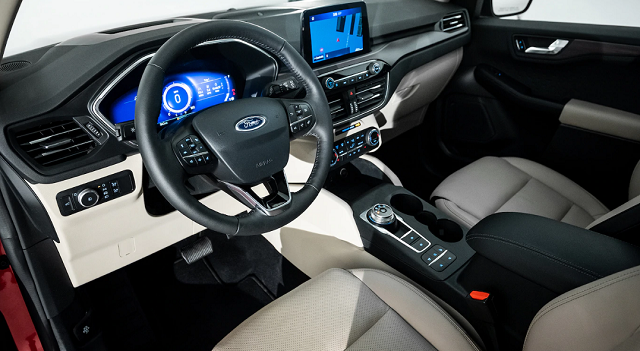 When it comes to cargo capacity, this crossover offers around 33.5 cubic feet of cargo space behind the rear seats and 65.4 of the overall cargo volume. Those are pretty good numbers for the class.

We’ve already mentioned that some of the optional packages will come with notable additions. However, most of the things will remain the same. So, base models will come with a pretty basic list of features that includes goodies like a 4.2-inch display, a six-speaker audio system, and a USB port. Fortunately, there is much more in higher trim levels, where you can get goodies like single- or dual-zone automatic climate control, push-button start, and the SYNC 3 infotainment system with an 8-inch touch screen, navigation, Android Auto, Apple CarPlay, a 10-speaker Bang & Olufsen audio system, satellite radio and many more.

When it comes to the powertrain, you may count on four familiar options. Base models will come equipped with a 1.5-liter EcoBoost, which puts out around 182 horsepower. That’s okay for daily commuting but those who prefer something peppier should pick a bigger 2.0-liter turbo-four unit, which puts out a full 250 horsepower.

Also, there are two electrified versions in the offer. The first one is a classic hybrid version. It is based on a 2.5-liter gasoline engine and a single electric motor, for a total output of 197 horsepower. Besides a decent amount of power, you may also count on a pretty solid 40 mpg combined.

Finally, there is a PHEV version, which puts out around 221 horsepower and comes with a 14.4-kWh battery, which ensures 37 miles of the all-electric range. 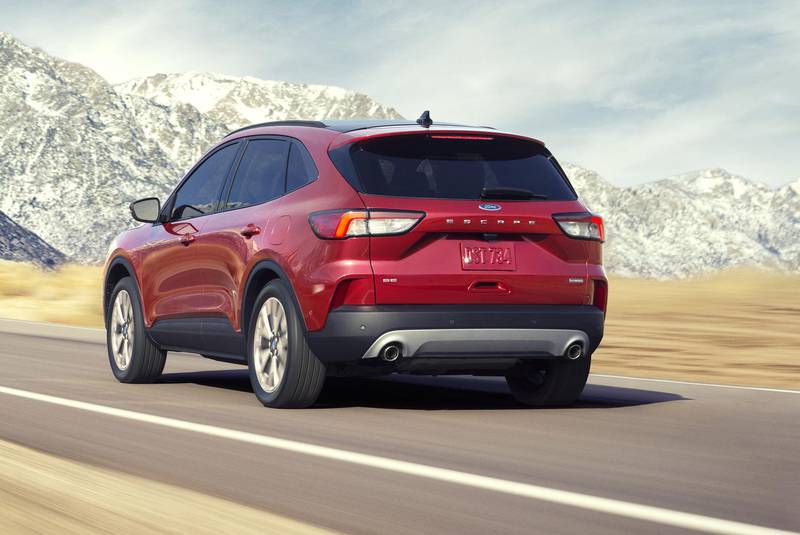 Considering that there are no bigger changes to come, we presume that the 2021 Ford Escape will hit the market sometime late in the year. When it comes to the price, base versions should go around 25.000 dollars.