It’s no secret that GM already works on the next generation of the XT5. According to the latest reports, the new generation will arrive for the 2023 model year. This clearly indicates that the 2022 Cadillac XT5 will represent the final production year of the current generation. Logically, we don’t expect to see bigger changes. Even the last year’s update wasn’t particularly generous with novelties, so we hardly believe that the next year could bring anything more than a couple of novelties on the list of standard equipment.

This means you may count on a familiar layout, which still has a couple of good things to offer. We particularly like the model’s excellent predicted reliability rating, as well as the spacious and comfortable cabin. Furthermore, the fuel economy is also pretty good for the segment. On the other side, the ride quality could be better, as well as the interior design, which looks less luxurious compared to rivals.

In any case, the lack of expected novelties clearly indicates that the 2022 Cadillac XT5 should arrive sometime late in the year. 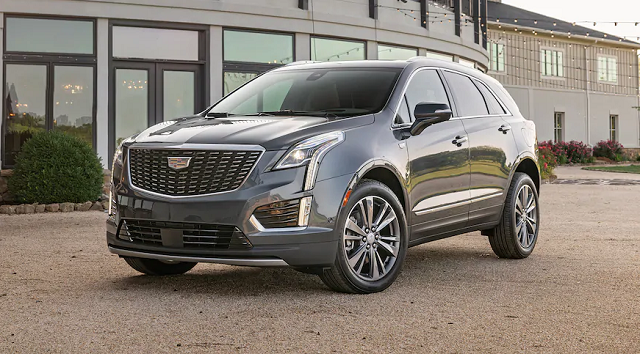 Since we are talking about a probably final production year, there is no doubt that the 2022 Cadillac XT5 will feature no notable changes. You may count on the same layout, which has been around since 2016, and which is based on the company’s familiar C1 platform. Mechanically, you will find a lot of similarities with GMC Acadia, as the two models even share the wheelbase. Of course, this platform means we are talking about an FWD layout, which a slight handicap and one of the reasons why this model doesn’t handle as well as most competitors that primarily feature RWD layouts.

Styling-wise, pretty much nothing has changed since the initial launch. Even the last year’s update hasn’t brought anything particular. We only saw new grille colors, which vary depending on the trim level you pick. Therefore, the best we could see for the next year are new color options, though even that doesn’t sound particularly likely.

On the inside, this crossover is a kind of mixed bag. When it comes to things we don’t like, the first thing goes to the overall quality. Of course, we don’t think this cabin looks bad, it is actually quite nice. However, it is far away from what you get from other compact crossovers with premium badges. That doesn’t include just German trio or Lexus, but models like Acura RDX as well. Simply, the materials and build quality aren’t on par with most rivals. 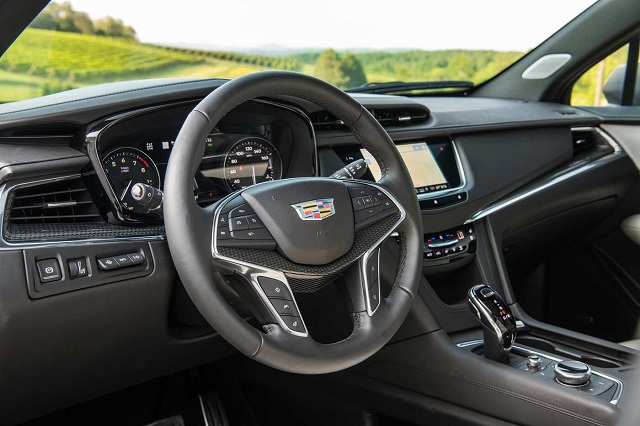 On the other side, we definitely like the amount of passenger space. In this aspect, the XT5 is one of the segment leaders, both in terms of front and rear seats. When it comes to the cargo area, you may count on about 30 cubic feet behind the second row and 62 cubic feet of the total cargo volume. Those are quite good numbers for the class.

As we’ve just mentioned, there is a chance to see a couple of novelties on the list of standard equipment. However, most of the things will certainly remain the same. This means that all models should come standard with goodies like dual-zone climate control, an 8-inch touch screen, wireless Android Auto and Apple CarPlay, an eight-speaker Bose audio system, satellite radio, Bluetooth, USB ports, and a Wi-Fi hot spot. The list of options currently includes things like tri-zone climate control, moonroof, wireless device charging, navigation, a 14-speaker Bose audio system, and a rear-seat entertainment system. 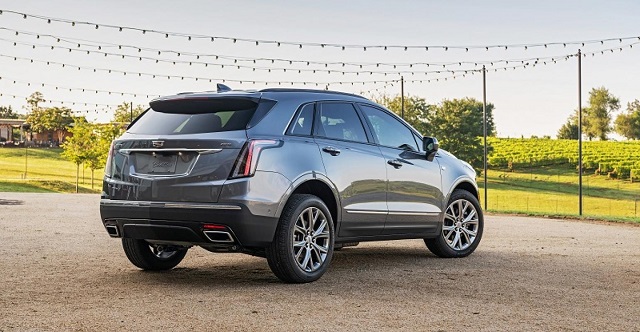 Under the hood, the 2022 Cadillac XT5 will definitely carry on in the same way. So, you may cout on two familiar gasoline engines n the offer. Base models use a 2.0-liter turbo-four unit with around 235 horsepower, which provides quite decent performance. The optional V6 is smoother and more powerful, with a total output of 310 horsepower. Both engines come in pair with a 9-speed automatic transmission, which does a pretty good job too.

Since there are no bigger changes to come, we expect that the 2022 Cadillac XT5 will hit the market sometime in the last quarter of the year. The price should also remain pretty much the same as for the current model, which starts at around 45.000 dollars.