2022 Cadillac XT7 Has Been Rumored

The famous American luxury carmaker is working a lot on its crossover lineup these days. After the recent launch of the XT6 model, it looks like most of the segments are covered, including subcompact, compact and mid-size crossovers. However, the company looks farther than that and that’s the reason why most car enthusiasts expect to see another big novelty in the next year. Allegedly, that would be the 2022 Cadillac XT7, which should make things right, after mixed critics of the new mid-size sibling. However, the officials are still quiet on this model.

While the officials are still quiet about the newest crossover, car experts suggest two possible scenarios for this nameplate. Some suggest that this model would compete in the fast-growing segment of coupe crossovers. Others, though, believe that the new model could go full size. In any case, we can only speculate at this point, so keep the following paragraphs with a reserve. 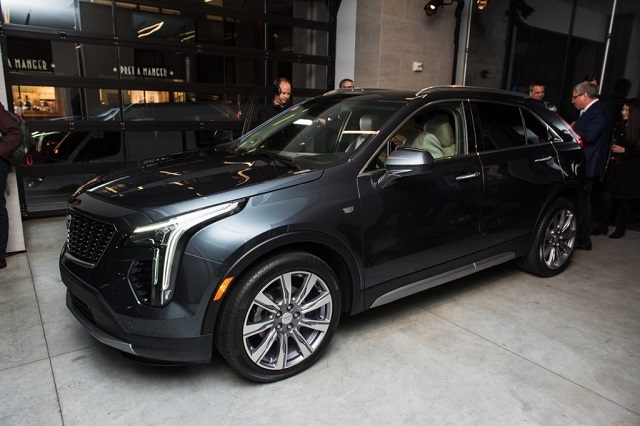 As we already mentioned, there are two possibilities for the 2022 Cadillac XT7, to see it either as a coupe or as a full-size crossover. In both cases, it should be the most luxurious crossover this company has ever made.

If the new model is about to come as a coupe SUV, things are pretty clear. The new 2022 Cadillac XT7 would come heavily based on the current XT7. It would share the platform, lots of styling and interior design solutions. In practice, this means it would ride on the same C1 platform that measures around 112.7 inches in wheelbase. Still, we would probably see some tweaks to the suspension design and, more importantly, lots of styling changes. While the front end would probably remain the same, the rear would come with significant differences, with a so-called sloping roof layout, which gives that coupe-like appearance. Also, we count on shorter rear overhangs, which would provide a more aggressive stance.

The other scenario suggests that the 2022 Cadillac XT7 could go full-size. If this happens, we presume that the new model would ride on a stretched version of the C1 platform, the same version that underprints the Chevy Traverse. This crossover measures nearly 121 inches in wheelbase, which guarantees lots of interior room, both for passengers and cargo. The exterior would rather feature a typical wagon body style, while the front end would come with the same approach as the mid-size sibling.

When it comes to the dashboard design, we expect that the 2022 Cadillac XT7 will improve all the mistakes of the XT6 model. The mid-size crossover is generally a good vehicle but most critics go to its interior design. Simply, the dashboard feels too basic for this segment of cars, where you can find far more luxurious German rivals at the nearly same price. That’s why we count on significant improvements in terms of style and materials quality.

On the other side, the amount of interior space will directly depend on the body style. If the new model is about to come as a coupe crossover, we don’t expect to see the third row in the offer. Also, the cargo area would be smaller compared to the XT6 model, mainly because of the sloping roof layout. If the new model is going to be a full-size crossover, we count on three rows of seats that offer generous amounts of room, with similar numbers to Traverse. This also means plenty of cargo room, with overall volume that goes up to nearly 100 cubic feet. 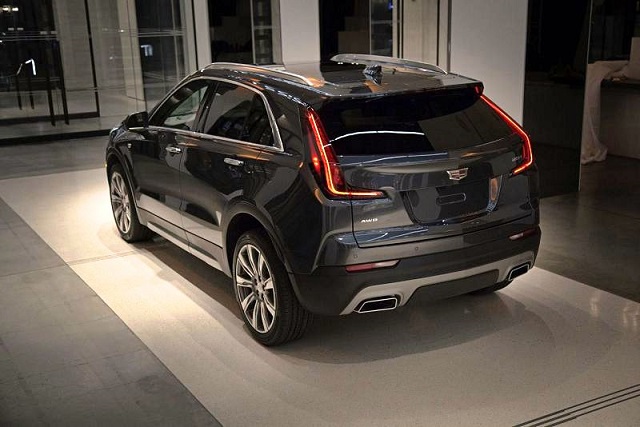 The engine lineup will probably be similar to the XT6 model, at least in terms of a familiar V6 engine. Of course, we are talking about a well-known 3.6-liter unit, which puts out around 310 horsepower, which seems like a perfect measure for the base model. However, we count on some options as well, on something more capable. That would be some turbocharged V6 engine, though the possibility to see eight cylinders under the hood seems likely as well. In the first case, we would probably see Cadillac’s new 3.0-liter turbo-six with around 400 horsepower. On the other, a well-known 6.2-liter NA V8 feels like a perfect match, with its massive torque and plenty of power. 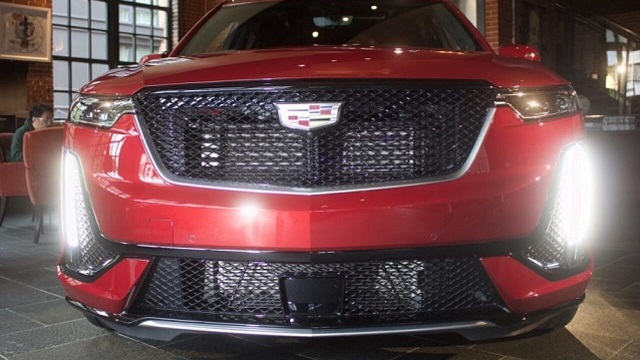 The 2022 Cadillac XT7 is still just a rumor and we are waiting to hear anything from the officials. Therefore, take with a big reserve those reports that suggest its launch for the next year. If it comes, the price will largely depend on the final layout. Some sources suggest that the full-size XT7 would feature a starting price of around 65.000 dollars.