The current generation of Chevy’s biggest crossover has been around for about three years and the next year seems like a perfect time for a mid-cycle refresh. However, this update has been delayed due to the coronavirus pandemics. The refreshed model will come as the 2022 Chevy Traverse and if there is a good thing about this delay, that would be the fact that we already know most of the details about the new version.

As you may presume, this will be a typical facelift. The focus will be on aesthetics, so the large crossover will get a new, more attractive look. Also, we will see updates on the inside, mostly in terms of new tech features, including a digital instrument screen. On the other side, the overall layout will remain the same, so the 2022 Chevy Traverse will be a crossover that is mostly about comfort and functionality. In terms of driving experience, there will be several more attractive choices in the segment. The 2022 Chevy Traverse should hit the market sometime in the second half of next year. 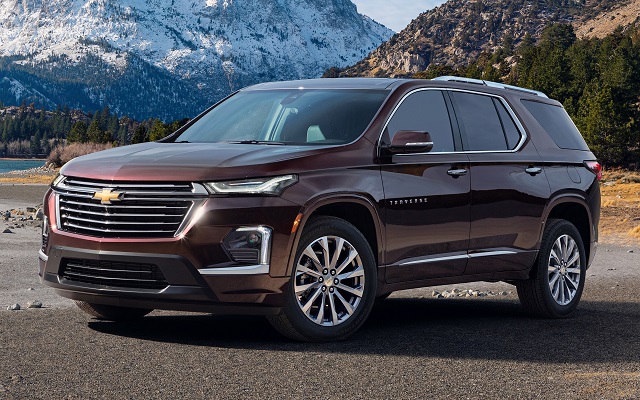 The 2022 Chevy Traverse will receive a facelift and it’s not hard to presume that the focus of this update will be visual appearance. Naturally, most of the changes will come to the front. The new version is about to get a new face, which will be characterized by a more prominent grille, new bumper and revised headlights. The rear end will come with minor tweaks only, mostly in terms of new taillights. Finally, we count on typical updates like new colors, wheels designs etc.

Most of the interior will remain the same, despite the facelift. For this occasion, the company will put the focus on the exterior design, while the cabin will remain mostly the same. Practically, the biggest novelty we are about to see is a new 8-inch screen on the instrument cluster. The dashboard layout will remain mostly the same, though there is always room for things like new materials, color schemes and similar things. 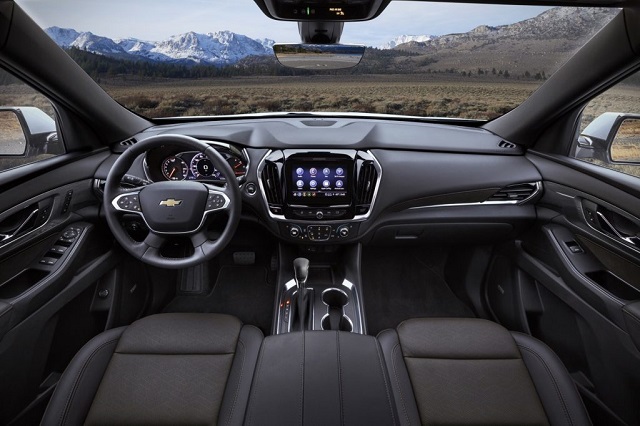 On the other side, the thing that definitely won’t change is the amount of space. The 2022 Chevy Traverse is about to carry on with the same dimensions, which means you may count on three very generous rows of seats in terms of passenger room. Even the third row accommodates adults with ease. The cargo area also offers pretty impressive numbers. You may count on about 23 cubic feet of room behind the third row of seats, 57.8 cubic feet with the third-row seats folded, and 98.2 cubic feet of the overall cargo space.

Naturally, this update will also bring novelties in terms of standard equipment. Simply, that is one of the best ways to attract new buyers, so this crossover will certainly expand its list of goodies. The current model comes standard tri-zone automatic climate control, 7-inch touch screen, six USB ports, Bluetooth, a Wi-Fi hot spot, Apple CarPlay, and Android Auto. That’s a quite decent list but there is plenty of room for improvements.

The same thing goes for safety features. The current model comes standard with a rearview camera only, so there is no doubt that some of the optional features will become standard in the next year. Some of the potential candidates are goodies like adaptive cruise control, a surround-view parking camera system, a rear camera mirror, forward collision warning, forward automatic emergency braking, front pedestrian braking, lane departure warning etc. 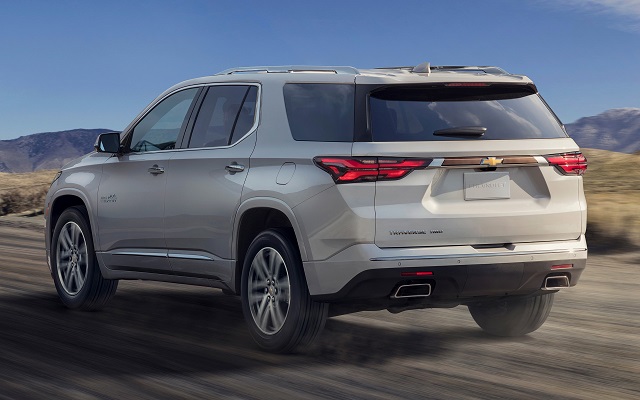 Changes under the hood are not expected. The 2022 Chevy Traverse should carry on with a well-known 3.6-liter V6, which puts out around 310 horsepower. Driving dynamics are great, while the 9-speed automatic gearbox works pretty well. All in all, there is no reason for changes in this aspect, especially if we consider that fuel economy is pretty typical for the segment. In numbers, that would be around 18 mpg in the city and 27 mpg on the highway.

Although the company is still quiet about the launch date, we presume that the new model will hit the market sometime in the second half of next year. The price should also remain pretty much the same, so base models should go around 32.000 dollars. Some of the key competitors are models like VW Atlas, Ford Explorer, Honda Pilot etc.