According to the latest reports, the updated version of the current generation of Chevy’s compact crossover is in an advanced stage of development. It looks like GM is a little bit in a rush to launch the improved version, considering that the current model doesn’t sell great. The thing is that the competition is extremely tough and this model definitely needs something to stand out from the crowd. According to Chevy’s management, that would be the styling, so it’s no wonder that the 2022 Chevy Equinox will come with a new. Furthermore, we are about to see interior changes as well. On the other side, the mechanical aspect of the crossover is about to remain the same.

All in all, you may count on a plethora of aesthetical changes, which will definitely make this model look better. Furthermore, the company prepares a new package, called RS. It will come with lots of visual upgrades in terms of the styling but not exactly with bigger mechanical upgrades. The 2022 Chevy Equinox will arrive already in the first quarter of the next year.

The current generation is getting close to the middle of its production cycle, so it’s no wonder that Chevy prepares an update. For this occasion, we are about to see lots of changes. Of course, the focus is on the visual appearance, so the 2022 Chevy Equinox is about to get a completely new front and rear fascias. At this point, we still don’t know the details, but we have no doubt the new model will take a lot of inspiration from models like Blazer. It will be adapted to the brand’s latest design language, which in practice means notable improvements in terms of visual appeal.

This all refers to standard models, while the company also prepares a new special edition, called the RS. This will be a sporty variant of the crossover, though all the sportiness will come in terms of aesthetics. You may count on dark 19-inch wheels and blacked-out exterior trim, as well as on a couple more attractive details.

Changes on the inside are about to come as well. They won’t be as numerous as those in terms of the exterior, but a number of nice updates are certainly coming. First of all, you may count on some revisions on the dashboard, while certain reports suggest a new shifter as well. At this point, it’s still unknown whether the new model is about to come with updates in terms of the infotainment system or not. When it comes to the new 2022 Chevy Equinox RS model, you may count a nice combination of black upholstery and red stitching. 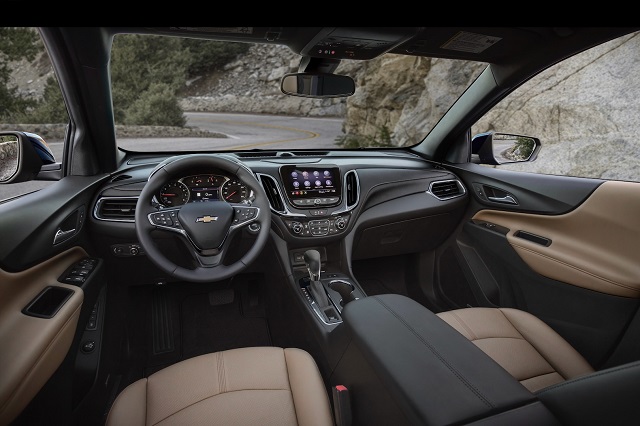 On the other side, the overall cabin layout will remain the same. That means you may count on a fairly spacious cabin, which offers a decent amount of passenger space. Furthermore, the seats are massive and quite comfortable, while we also like the fact that visibility is great in all directions.

When it comes to the cargo area, expect no changes. Therefore, count on about 30 cubic feet behind the rear seats and around 64 cubic feet with the second row folded down. Those are quite typical ratings for the class.

Things under the hood will definitely remain the same. Therefore, you may count on two familiar engine options. The base model will carry on with a 1.5-liter turbocharged engine, which puts out around 170 horsepower. The engine comes in pair with a 6-speed automatic transmission and delivers a decent amount of power for daily commuting. If you prefer something peppier, an optional 2.0-liter turbo-four, which puts out a pretty impressive 252 horsepower. Also, this engine comes in pair with a more modern 9-speed automatic transmission, so the overall driving experience is way better compared to the base powertrain. 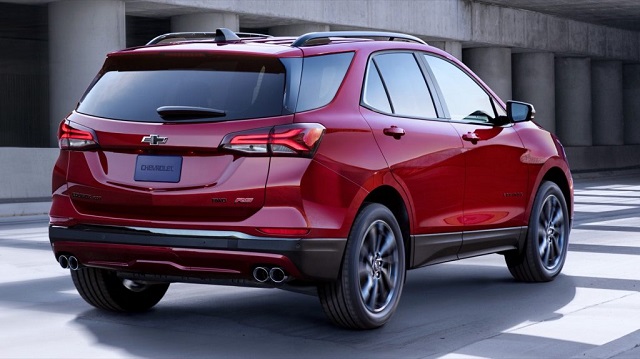 We expect to see 2022 Chevy Equinox already in the first half of the next year. Also, the price should remain largely the same, so base models should go around 25.000 dollars. Key players in the segment are models like Toyota RAV4, Honda CR-V, Ford Escape etc.