The current generation of Dodge’s mid-size SUV has been around for a full decade and despite the age, it is still a pretty competitive model in the segment. That’s mostly because of the impressive lineup, but the recent update has also improved this model from outside and inside. That’s why it’s hard to believe that a completely new model will arrive already as the 2022 Dodge Durango, as some sources suggest. We rather believe that the current generation will remain in production for another year and that FCA won’t rush with this redesign, especially if we consider all those rumors that suggest a switch back to a body-on-frame platform.

So, you should take all reports about the next-year of Durango with a reserve. It may come completely new, but we believe it will rather continue with familiar design characteristics. This means a familiar layout, which offers an impressive engine lineup, class-leading towing capacity and similar things, but also an updated infotainment system and refreshed aesthetics. 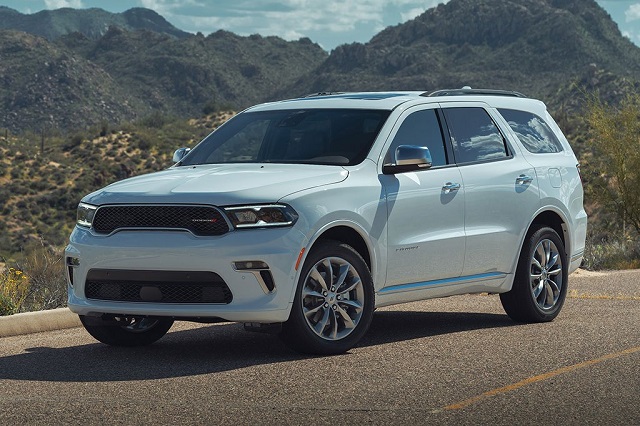 If we take that the 2022 Dodge Durango will carry on in the same way, this means you may count on a well-known design, which hasn’t changed for a full decade. This model shares most of its parts with Grand Cherokee in terms of chassis and mechanics. It rides on the same platform and uses the same engines. However, the styling is quite distinctive.

The recent refresh has brought a couple of novelties in terms of the exterior design. Of course, most of the changes are at the front, where you can find new LED headlights and a new grille. A couple of tweaks have been made on the other end, especially in terms of the new rear bumper. All in all, it’s hard to expect any particular change for the 2022 Dodge Durango, though we wouldn’t exclude the possibility to see things like new color options or even some new appearance package.

The Durango’s cabin is a quite nice place to be in, especially after the recent update. Of course, younger competitors look more attractive and offer higher overall quality, but this one is still good enough to say it’s not a break dealer. Moreover, higher trim levels look really fine, especially with new materials and stitching. Furthermore, the central console has been revised and now features a more driver-oriented design, along with a new 10.1-inch touchscreen, which is available in range-topping versions. 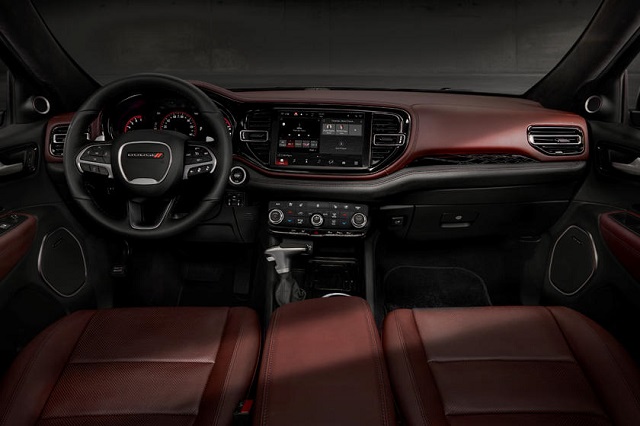 Of course, things have remained the same in terms of dimensions and interior space. This is a typical three-row crossover, with the first two rows that are comfortable and spacious. On the other side, the third row is typically tight for the segment. When it comes to the cargo area, you may count on about 17.2 cubic feet of space with all seats up, 43.3 cubic feet when you fold down the third row and 85.1 cubic feet of the total volume. That’s about average for the class.

This is probably the main reason why Durango has remained competitive for such a long time. While most rivals offer six-cylinder engines at the top of the offer, that’s where Durango only starts. Of course, we are talking about a well-known 3.6-liter V6 that puts out around 305 horsepower. Still, the real deal starts with optional V8 units.

The first V8 in the offer is a 5.7-liter engine, which puts out around 360 horsepower and 390 pound-feet of torque. It isn’t particularly powerful for a V8 engine but the ride is extremely smooth. Plus, you get a genuine V8 sound. A 6.4-liter V8 is next in the offer and it features a max output of 475 horsepower and 470 pound-feet of torque, which is the amount of power that guarantees some serious performances.

Finally, there is the recently-introduced version with a 6.2-liter Supercharged Hellcat engine, which puts out around 710 horsepower and 645 pound-feet of torque. This one needs just 3.5 seconds to hit 60 miles per hour. 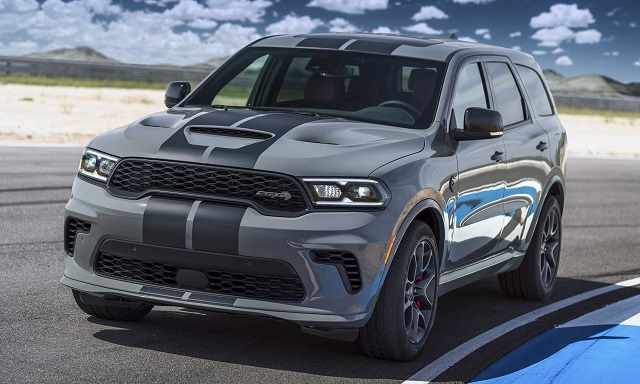 We expect to see the 2022 Dodge Durango sometime in the second half of next year, with the starting price around 33.000 dollars.

While some sources suggest a completely redesigned 2022 Dodge Durango, we believe that the new model will rather come during the 2022 calendar year. At this point, there isn’t much information about the new model, except for the platform. All indicates that the new Durango will come back to a body-on-frame platform and once again be a genuine SUV. Most likely, it will share parts with the upcoming Grand Wagoneer. This means the same platform as mechanics as the current-generation Ram 1500. More details about the redesign should come in the near future.