2022 Ford Edge Redesign: Everything We Know So Far

The current generation of Ford’s mid-size crossover has been around for a while and despite the age, it still sells pretty well. However, the management of the Blue Oval company is perfectly aware that the company is getting tougher every year and that a new model must arrive soon. That’s why many believe that the next generation could debut already as the 2022 Ford Edge. At this point, more precise details are still unavailable, so we can only rely on rumors.

According to these rumors, the new Edge will get a new platform, the same one as Explorer, while we also count on all kinds of improvements, especially in the current model’s most critical points. Those would things like handling, driving experience, interior quality and similar things. Also, we presume the company will introduce a couple of new powertrain options. The new 2022 Ford Edge should hit the market already in the next year. 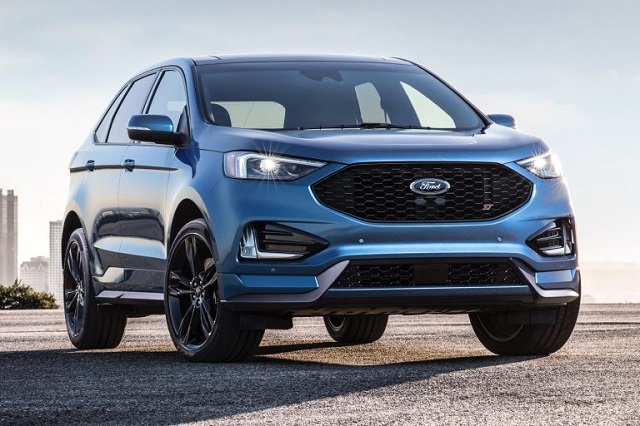 Whenever it happens, there is no doubt that the 2022 Ford Edge redesign will bring a whole bunch of novelties. Of course, some of the first things that come to mind are mechanics. The new model will get a new platform and it looks like that will be a new CD6 architecture, which already undeprints the new Explorer. This practically means that the new Edge will feature the RWD layout. Such a design should ensure a much better driving experience, which has been considered as one of the current-model’s weakest points.

Besides the new layout, the next generation should come with a lower center of gravity, as well as with completely new suspension setup. All these things should have a positive impact on performance and overall driving characteristics.

When it comes to size, we presume that the new model will be slightly bigger. Still, we don’t expect that the increase will be as big as it was with the recent Explorer redesign, which now features a significantly longer wheelbase than before.

When it comes to aesthetics, we don’t expect to see anything radical. The current generation has been facelifted a couple of years ago and the new look seems pretty attractive. Moreover, it seems quite close to the brand’s latest design language. So, we presume that the 2022 Ford Edge will come with evolutionary changes only. Of course, most of the inspiration will be taken from the bigger three-row sibling. 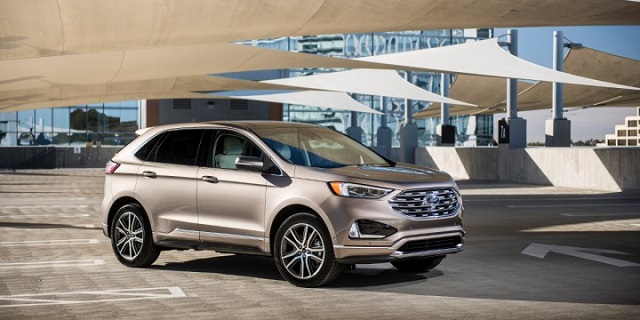 When it comes to the overall shape, we don’t expect surprises. Most of the things will remain pretty similar, though some sources suggest the new model could come with a little bit of a sloping roof, which is the thing that’s becoming very popular these days. The test mule hasn’t appeared yet, so we count on more details in the future.

One of the biggest complaints about the current generation goes to interior quality. It isn’t all that bad, but the fact is that most rivals look way better from the inside. This refers both to aesthetics and materials, so Ford designers will have a lot of things to do. First of all, we count on finer materials on the dashboard, as well as on more attractive aesthetics. However, we doubt that improvements will be that significant, give the new Explorer’s interior.

On the other side, the overall cabin layout will certainly remain the same. So, this model will remain a two-row mid-size crossover, slotted between the compact Escape and the three-row Explorer. Given the fact that the current model is already pretty generous in terms of legroom, we don’t expect a significant increase in this aspect. The same thing goes for the cargo area.

When it comes to the engine lineup, the current model comes with two powertrain options, the base 250-hp turbo-four and the 335-hp V6, which is reserved for higher trim levels. The next generation could easily keep both of them but we presume that the current 2.7-liter V6 could be replaced with a new 3.0-liter unit, which puts out a pretty impressive 400 horsepower. On the other side, the turbo-four would remain reserved for base models.

Electrification is also possible, so don’t be surprised if you see a hybrid or even plug-in hybrid in the offer as well. 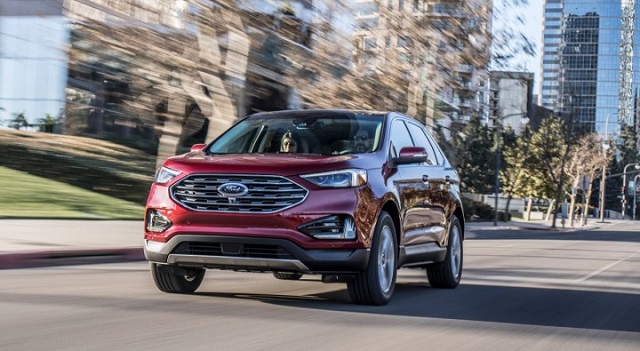 According to rumors, the 2022 Ford Edge could arrive already in the next year. When it comes to the price, we don’t expect to see some significant increase compared to the current model, which starts around 31.000 dollars.