In the world of mid-size SUVs, the Enclave walks between the mainstream and premium segment and offers a solid amount of luxury for a reasonable price. If we consider the recent update, we are pretty sure that the current generation will remain in production for some more time. This also indicates that the 2023 Buick Enclave will feature no bigger changes. Still, we won’t exclude the possibility to see minor updates, such as new standard features or new color options. Other than that, things should remain the same.

You may count on an SUV that still has a couple of pretty good things to offer. We like its spacious cabin and very generous cargo area. We also like its potent V6 engine, along with a decent list of standard and available features. On the other hand, the cabin quality should be better, while most rivals feel more athletic.

As there are no significant changes to come, we expect that the 2023 Buick Enclave will hit the market sometime late in the year. 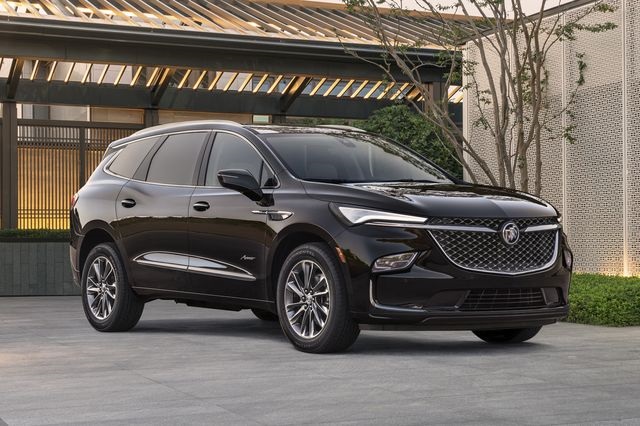 The current generation of this mid-size crossover has been around since 2018 and as we already mentioned, it was updated recently. That’s why we expect to see a familiar design from the 2023 Buick Enclave. The next year’s model will bring a familiar layout, based on the C1 platform and many parts shared with Chevy Traverse. Even the dimensions are pretty similar (including the same wheelbase), though we have to say that the Enclave offers a little bit smoother ride.

Visually, the recent update has brought a lot of interesting novelties. That particularly refers to the front end, which now features new headlights and bumper, a more prominent grille design etc. It’s hard to believe that the 2023 Buick Enclave could bring any notable change in this aspect, though new color options are always possible.

The same thing goes for interior design. We don’t believe that the next year’s model could bring any notable change. The cabin layout will remain the same, which is both a good and bad thing. What we don’t like is the interior quality. It’s not bad but rivals look way better in this aspect. Moreover, even some notably cheaper mainstream competitors feel more premium on the inside. 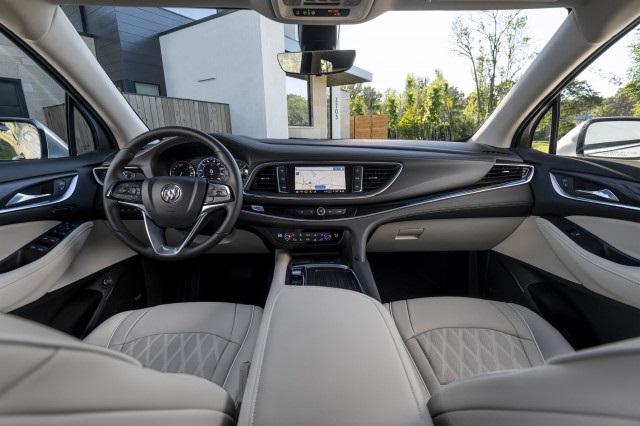 On the other hand, where this SUV impresses is the amount of space, which is no wonder if we consider 120.9 inches in wheelbase. All three rows are spacious enough to accommodate adult passengers, even the third row. Also, the front seats are nicely shaped and offer good support and overall comfort. 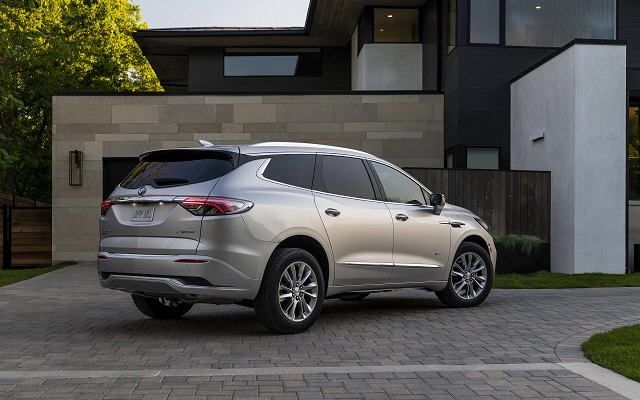 Under the hood, the 2023 Buick Enclave will continue in the same way. You may count on a well-known 3.6-liter V6, which puts out around 310 horsepower and 266 horsepower. That’s enough for decent driving dynamics. For example, 0-60 goes in about 7.5 seconds. Also, the 9-speed automatic transmission does a decent job, although it can be a little bit slow with shifts.

When it comes to fuel economy, you may count on about 18 mpg in the city and 26 mpg on the highway. The max towing capacity goes up to 5.000 pounds, which is typical for the class.

We expect to see the 2023 Buick Enclave sometime late in the year, most likely in the fourth quarter. As there are no significant changes to come, we presume that the price won’t change either. So, base versions should be available at around 43.000 dollars.