2023 Lincoln Nautilus: The End of Production After 2023 Model Year

According to the latest reports, the 2023 Lincoln Nautilus will be the final model year of this mid-size crossover, which has been around since 2019. However, we are talking about a design that was introduced a couple of years earlier, in the form of the Nautilus predecessor, the MKX. In any case, neither age nor slow sales are the reason for discontinuation. The reason is the fact that the Ontario plate, in which the Nautilus is assembled, will be reorganized and retooled for the production of electric vehicles.

As we are talking about the final production year, we are pretty sure that no bigger modifications are about to happen. We are about to see a familiar design, along with familiar features. This SUV still has a lot of good things to offer, starting from a luxurious interior, large cargo area, intuitive infotainment system etc.

Since no bigger changes are about to come, we presume that the launch date will happen in the last quarter of the year.

Design-wise, the 2023 Lincoln Nautilus will continue in a familiar way. The base design hasn’t changed much since MKX’s initial launch in 2015. This crossover is based on a familiar CD4 platform and has most things in common with Ford Edge. The two models share most of the mechanics, though the Nautilus features a more refined suspension setup, which ensures a higher level of comfort and a little bit more athleticism. Still, rivals like Lexus RX offer more refined ride quality.

When it comes to aesthetics, the Nautilus was introduced in 2018 and we haven’t seen many changes since then. That’s not an issue, considering that the current model still looks very nice, thanks to its classic lines that follow Lincoln’s contemporary design language. Some sources speculate about a special appearance package, which would be offered exclusively for the final model year. However, the officials are still quiet on this matter.

Unlike the exterior, the interior received a significant update for the 2021 model year. For that occasion, we saw a new dashboard design, which has brought new aesthetics, along with finer materials. As a result, this cabin still looks very nice and features very good build quality. We also like the fact that there is a lot of attention to detail, while the large infotainment screen and other tech goodies make this cabin look even more impressive. 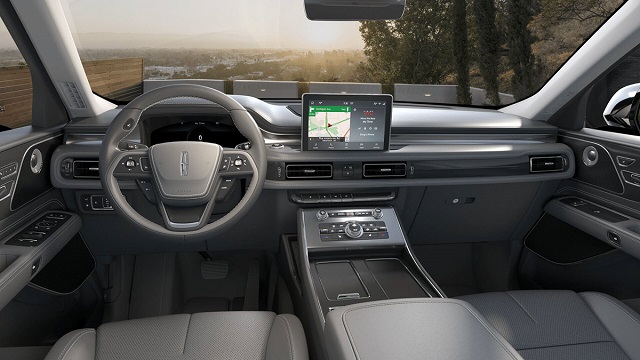 Besides great quality, this SUV also offers plenty of room. Both rows are spacious and accommodate adults with ease. We also like the front seats, which are massive and supportive, while the driving position is very good. The cargo area is another strong point of this model, as it offers more space than most rivals. In numbers, that would be 37.2 cubic feet of space behind the rear seats and 68.8 cubic feet of the total cargo volume.

As the 2023 Nautilus will represent the final production year, we don’t believe that bigger changes could happen in terms of standard and available features. Base models should come standard with dual-zone climate control, a 12.3-digital instrument cluster, a 13.2-inch touch screen, a 10-speaker stereo, satellite radio, Bluetooth, USB ports, a Wi-Fi hot spot, and wireless Apple CarPlay and Android Auto. On the other hand, the list of upgrades should include goodies like smartphone keyless entry, panoramic sunroof, navigation, wireless device charging, a 13- or 19-speaker Revel stereo, HD Radio, and a rear-seat entertainment system.

The 2023 Lincoln Nautilus should continue with two familiar engine options on the offer. Base models should carry on with a familiar 2.0-liter turbo-four, which puts out around 250 horsepower and 280 pound-feet of torque. It offers pretty decent driving dynamics, while the average fuel economy goes around 21 mpg in the city and 26 mpg on the highway.

If you’re up for something peppier, there is a 2.7-liter twin-turbo V6, which puts out 335 horsepower and offers notably better overall performance. However, it is also slightly thirstier, as it returns around 20 mpg in the city and 25 mpg on the highway.

Both engines come in pair with an 8-speed automatic transmission, which is smooth and generally does a pretty decent job. 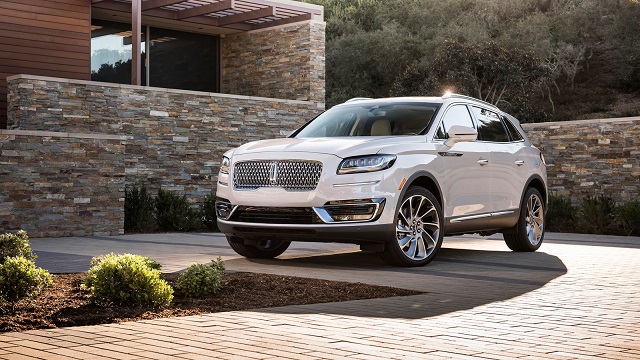 We expect that the 2023 Lincoln Nautilus will hit the market sometime in the last quarter of the year. Also, the price shouldn’t change too much compared to the current model, which starts at around 43.000 dollars.