Despite that the current generation still looks great and modern in many ways, it’s time for changes. Therefore, the 2023 Mercedes-Benz GLC is about to receive a full redesign and from what we know so far, most of the changes will be evolutionary. We are about to see further improvements to the current design, in terms of ride quality, technologies etc. Also, big changes are expected under the hood.

The new generation will debut by the end of this year and it will bring a lot of interesting novelties. The test mule still wears camouflage but we can see a familiar silhouette. What we can see is that the new model will come with massive electrification, particularly in terms of hybrid powertrains. Even the AMG models are expected to feature hybrid powertrains.

The 2023 Mercedes-Benz GLC should hit the market by the end of the year. 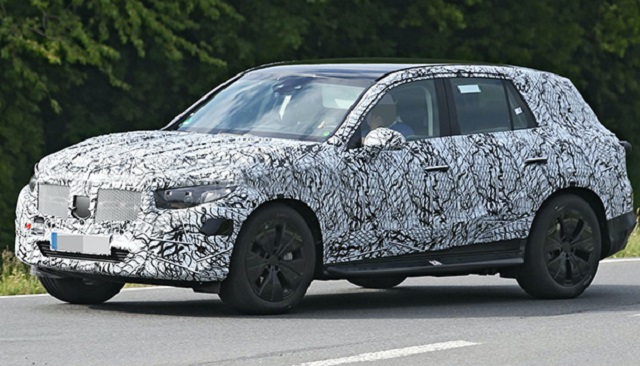 The new generation, codenamed X254, is on the way and we already know a lot of details about it. If we can judge by the new generation of the C-Class sedan, we are about to see evolutionary changes mostly. The test mule has been spotted on the road and despite the cover, it features a familiar silhouette, so it’s quite obvious that the overall shape will remain the same. Once again, we expect to see two familiar body styles on the offer. The 2023 Mercedes-Benz GLC will come either as a classic SUV or as a coupe SUV. We presume that the styling will follow the brand’s new design language, with new headlights, taillights, grille design etc.

Besides styling changes, we presume that the 2023 Mercedes-Benz GLC will also bring a lot of novelties regarding mechanics. This refers to the chassis and suspension setup as well, where we expect to see a new setup that would provide a similar driving experience, though with slight improvements regarding ride smoothness and bumps absorption.

When it comes to the interior design, the dashboard should look largely the same as the one in the C-Class. This would mean a new dash look, with more modern aesthetics and more tech features. Of course, we count on further improvements in terms of materials and build quality, even though the current model already looks pretty impressive in this aspect. Speaking of the tech goodies, we may expect to see a 12.3-inch digital gauge cluster and an 11.9-inch central infotainment screen. 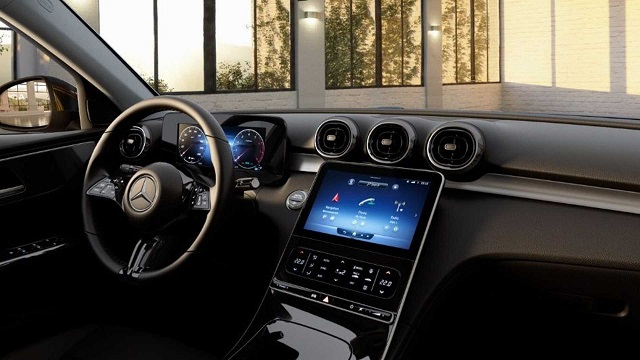 Considering that the new generation is expected to feature similar dimensions as the outgoing model, we may also expect a pretty similar amount of passenger and cargo space. In the case of the SUV version, there is nothing to complain about, as both rows accommodate adults with ease and the cargo area is typical for the class. On the other hand, the Coupe will probably continue with limited rear-seat headroom and a small cargo area.

If we can trust the latest reports, a lot of the 2023 Mercedes-Benz GLC redesign will be about electrification. At this point, we don’t know the exact details but it looks like the base version will use the same setup as the new C-Class, which consists of a 2.0-liter turbo-four engine and a 48-V mild-hybrid system, with a total output of 255 horsepower and 295 pound-feet of torque.

It looks like the AMG models will also come with a hybrid powertrain. Moreover, we will probably see a significant change, as V8 engines will be replaced with the PHEV setup, based on a turbo-four engine. The more powerful, AMG 63 model should feature a max output of around 500 horsepower. 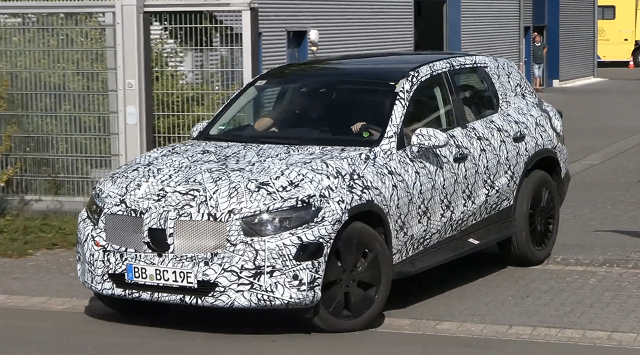 We expect that the 2023 Mercedes-Benz GLC will arrive by the end of this year. The price shouldn’t significantly change compared to the previous generation, which starts at around 45.000 dollars. Key competitors are BMW X3, Audi Q5, Lexus NX etc.