The current generation of Ford’s mid-size two-row crossover has been around since 2015 and if we can trust the latest reports, the 2023 model year could be the model’s swan song. Allegedly, we won’t be seeing the next generation of it, and the familiar nameplate will vanish from the market. The official confirmation is yet to come, while the exact reason for such a decision is still a mystery, especially if we consider that the sales numbers are still pretty good. In any case, the 2023 Ford Edge will come, and it won’t bring significant changes.

So, you may count on a familiar design, which still has a lot of good things to offer. We like the two capable engine options, as well as the spacious cabin. Furthermore, Ford is quite generous in terms of standard and available equipment, which makes the Edge look very attractive on paper. In reality, the Edge shows its age and doesn’t feel as refined as some rivals, especially those from the east. 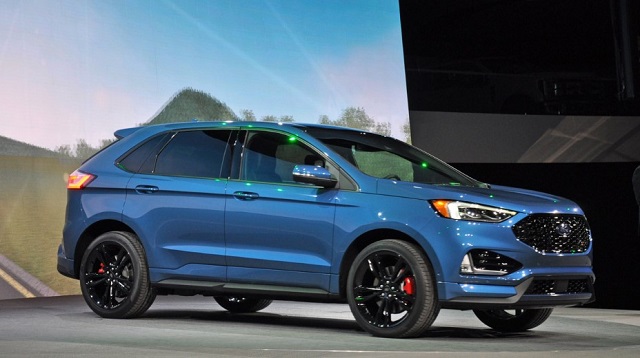 Despite the updates, the overall design hasn’t changed too much since 2015 and we have no doubt that the 2023 Ford Edge will continue in the same way as well. This mid-size crossover rides on a good-old CD4 platform, which features a typical mainstream FF layout and offers a relatively decent driving experience. As we already mentioned, rivals like Honda Passport feel way more refined, whether it’s about powertrain or ride quality.

Styling-wise, we saw a mid-cycle refresh in 2019 and that still will carry on for the next year as well. Also, keep in mind that the 2022 model has brought a new Black Appearance package, which adds a couple of interesting styling details. Some of the highlights are 19-inch black wheels, while the rest of the vehicle also comes with lots of blacked details. There is also the Adventure package, which adds 18-inch wheels with all-terrain tires, faux-leather upholstery, and gray and black exterior accents. 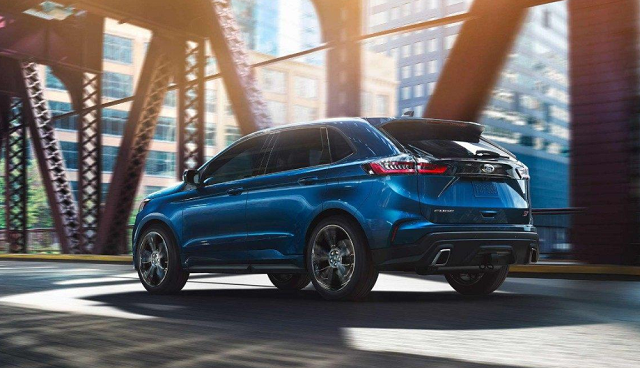 The inside of the 2023 Ford Edge will also remain the same. This cabin has been updated a couple of times during this production cycle, mostly with new tech features, such as the new 12-inch infotainment screen. However, even with these updates, the dashboard looks outdated. Simply, the aesthetics feel old, while the materials aren’t spectacular either. Finally, the overall build quality could be better as well.

On the other hand, there is nothing to complain about in terms of interior space. Both rows are very generous with space and we can say that the Edge accommodates five adults with ease. Furthermore, the front seats are massive and supportive, while the visibility is good in all directions. The cargo area offers around 39.2 cubic feet of cargo space behind its rear seats and 73.4 cubic feet in total, which is about average for a two-row mid-size SUV.

Once again, it’s hard to expect bigger changes. The 2023 Ford Edge will probably represent the final production year, so we believe that the list of standard and available equipment will remain largely the same. So, base models should come standard with goodies like keyless entry, push-button start, a 12-inch touch screen, Apple CarPlay, Android Auto, Amazon Alexa, satellite radio, a six-speaker stereo, Bluetooth, four USB ports, and a Wi-Fi hot spot. Among options, you can find a remote start, panoramic sunroof, a navigation system, wireless device charging, and a 12-speaker Bang & Olufsen sound system. 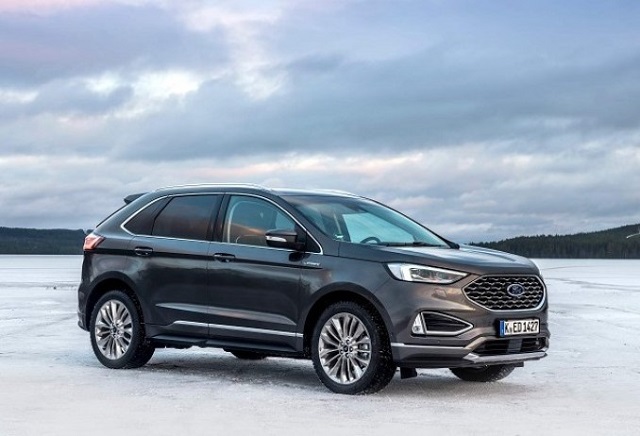 Under the hood, the 2023 Ford Edge will continue with two familiar engine options. Base versions will continue to use a 2.0-liter turbo-four engine, which puts out around 250 horsepower, which should be enough to satisfy most drivers. Those who are looking for something peppier can opt for a 2.7-liter V6, which puts out 335 horsepower and offers notably better performance.

When it comes to fuel economy, the base turbo-four returns around 21 mpg in the city and 28 mpg on the highway, while the V6 is good for about 19/25 city/highway. Both are typical ratings for the class.

Since bigger changes probably won’t happen, we expect that the 2023 Ford Edge will hit the market sometime in the last quarter of 2022. The current model starts at around 36.000 dollars and we don’t expect a bigger increase in the future. Key competitors are models like Honda Passport, Chevy Blazer, Nissan Murano etc.