It’s no secret that the Japanese manufacturer is preparing a completely new lineup of crossovers, based on the new, rear-wheel-drive platform, with inline-six engines and other interesting novelties. This includes the next-generation CX-5 as well. However, this won’t happen so soon and the latest reports suggest that the new model won’t come before 2023. This indicates that the 2023 Mazda CX-5 will remain in the current form and that it won’t feature more important changes.

So, we expect to see a familiar design, which still has a lot of great things to offer. We like the styling, which still looks fresh, while the same can be said for the interior design. Furthermore, the CX-5 still offers the most engaging handling in the class, while the optional turbo-four engine offers pretty impressive driving dynamics.

As there are no significant changes to come, we expect that the 2023 Mazda CX-5 will hit the market sometime in the last quarter of the year.

As we’ve just mentioned, the 2023 Mazda CX-5 is expected to be a typical carryover model. Therefore, no bigger changes should occur. We are about to see a familiar design, which hasn’t changed significantly since the initial launch. Still, the current model still looks fresh and attractive, even though the competitors are much younger.

Besides the attractive styling, this crossover also offers pretty impressive ride quality. Like most other Mazda models, this one also offers class-leading handling. It is the most athletic model in the class but at the same time, the ride isn’t too harsh. You may also count on a comfortable ride and we are pretty sure that you will enjoy long journeys in this compact SUV.

Considering that this will probably be the final production year, the only updates we could see are the minor ones, such as new color options, for example.

The story is on the inside. Things haven’t changed too much since the initial launch but this Mazda still looks pretty impressive from the inside. The dashboard features an attractive design, while the materials and overall build quality are at an impressive level as well. Everything looks simplistic and elegant, while the long list of standard tech features makes everything looks more upscale. 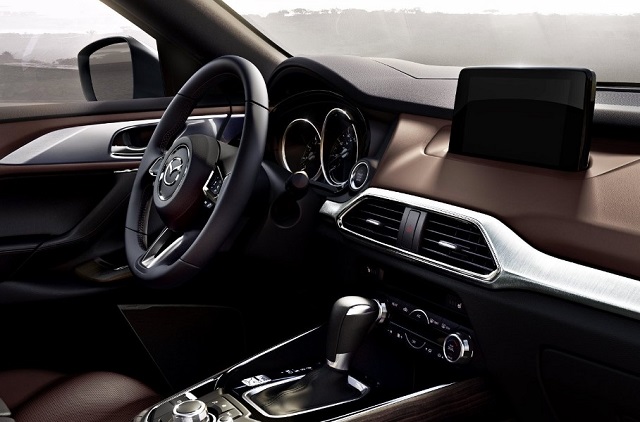 Besides impressive, premium-level quality, the CX-5 also offers an excellent driving position and very good sound insulation. On the other hand, the second row isn’t all that impressive. It is tighter compared to most rivals, though a couple of adults still can fit relatively comfortably. The same thing goes for the cargo area, which is smaller compared to most compact crossovers. In numbers, that would be 31 cubic feet behind the second row, and 60 cubic feet of the overall cargo space.

Since we are talking about the final production year, we don’t believe that bigger changes could come in this aspect. So, we presume that the list of standard equipment will be pretty much the same as in the current model. Therefore, the list of standard equipment should include goodies like a 10.25-inch touch-screen, Android Auto, Apple CarPlay, Mazda Connected Services, a Wi-Fi hot spot, Bluetooth, two USB ports, a four-speaker stereo, and HD Radio. Among upgrades, we expect to see things like two rear USB ports, a six-speaker stereo, a 10-speaker Bose sound system, satellite radio, and navigation, as well as dual-zone automatic climate control, proximity keyless entry, a moonroof, a universal garage door opener, an auto-dimming rearview mirror, a 7-inch digital instrument cluster display, and ambient interior lighting. 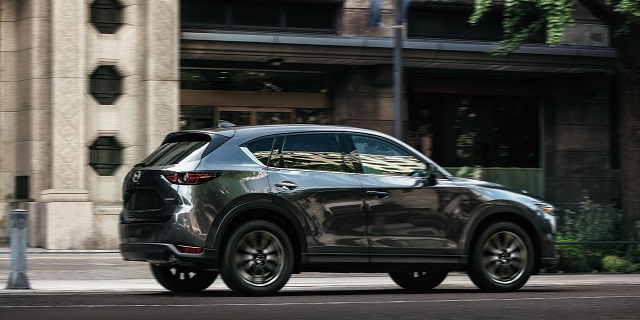 Under the hood, the 2023 Mazda CX-5 will carry on with a couple of familiar four-cylinder units. Base models will continue with a naturally-aspirated 2.5-liter four-cylinder, which puts out around 187 horsepower. While that’s probably enough for most drivers, we also suggest you to consider the optional turbo-four, which puts out 227 horsepower with regular fuel. If you use premium fuel, the max output goes all-away up to 250 horsepower. In both cases, this crossover comes in pair with a six-speed automatic transmission, which does a pretty fine job.

We presume that the 2023 Mazda CX-5 will hit the market sometime in the last quarter of 2022, with a starting price of around 26.000 dollars. Key competitors are models like Hyundai Tucson, VW Tiguan etc.