2023 Nissan Murano Redesign: What We Know So Far

Nissan has almost updated its crossover lineup and the only one left is the Murano. The mid-size two-door SUV has been around since 2013 and it definitely needs a redesign. Simply, key competitors like Honda Passport or Chevy Blazer and much younger, and better in pretty much every aspect. That’s why we expect that the 2023 Nissan Murano will come completely redesigned. The official confirmation is yet to come, but most reports see this as a certain thing.

At this point, the details about this redesign are still unavailable. On the other hand, we can easily predict some of the things about this SUV. Among them, the first thing is the platform, which will remain the same but come with significant upgrades. Furthermore, the engine will also remain the same, though we are about to see a new transmission. Finally, things like styling and interior design will be completely new.

We expect that the 2023 Nissan Murano will hit the market sometime in the second half of 2022. 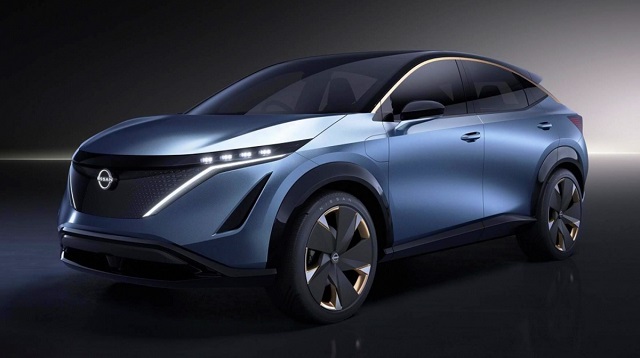 As we’ve just mentioned, the company still keeps details secret, but some things are quite easy to predict. First of all, there is the platform and if we look at other recently redesigned models in the lineup, it’s pretty obvious that the 2023 Nissan Murano will continue to ride on a familiar D platform. Still, we are pretty sure that the platform will receive significant updates, in various aspects.

Naturally, the first thing that comes to mind is suspension setup and we expect that the new model will offer a little bit more athleticism than the current generation, but that comfort will remain the top priority. Besides the suspension, the new Murano should also come with improved steering, which will also have a highly positive impact on the ride quality.

Of course, the 2023 Nissan Murano will get a completely new styling. At this point, it’s still early to talk about details but we have no doubt that the new model will be adapted to the brand’s latest design language, which characterizes the latest Nissan SUVs. We expect to see most similarities with the new Pathfinder, which brings the latest iteration of the famous V-Motion grille and brings a design that offers a bolder and more aggressive appearance than before.

Another thing that comes to mind about the 2023 Nissan Murano is the size. So far, all generations of this mid-size SUV featured the same, 111.2-inch wheelbase. So, we may expect the same distance between the axles in the new model as well. However, other proportions should get slightly bigger, though not by much. This particularly refers to width and height, while the overall length will probably remain pretty similar.

Naturally, the 2023 Nissan Murano interior will be completely new. Once again, we expect to see a lot of inspiration taken from the new Pathfinder, which looks pretty impressive from the insides. The aesthetics are far better, while materials are mostly soft to the touch. Furthermore, there is a whole bunch of advanced tech features, including a couple of screens, for the instrument cluster and for the infotainment system. The new Murano should come in a similar fashion. The list of standard tech features should be pretty long, and should also include wireless Android Auto and Apple CarPlay, wireless charging, Wi-Fi hotspot, as well as a long list of advanced safety systems. 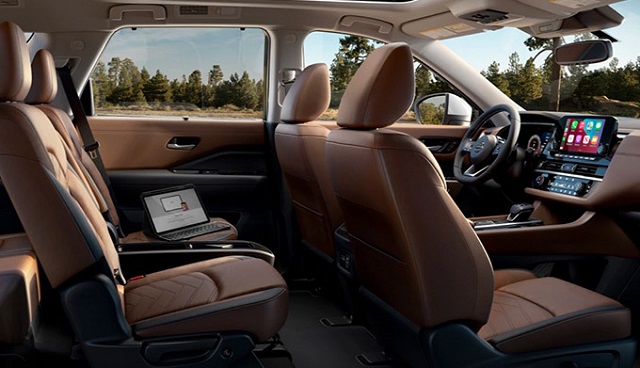 The rest of the cabin will also come completely new, but the overall layout won’t change significantly. Of course, this will remain a two-row mid-size crossover, with plenty of room for five adult passengers. One of the drawbacks of the current generation is a small cargo area, so we presume that the new one will offer more in this aspect.

As we’ve just mentioned, the 2023 Nissan Murano will continue with the same 3.5-liter V6 engine. In the current model, this unit puts out around 260 horsepower and 240 pound-feet of torque, and we presume that the new model could come with a slight power increase. On the other hand, a big change will come in terms of transmission. The current CVT will be replaced with a new 9-speed automatic gearbox, which should have a highly positive impact on the ride quality.

Base models will come with front-wheel drive, while AWD versions will be offered too. When it comes to fuel economy, we expect something like 21 mpg in the city and 28 mpg on the highway. 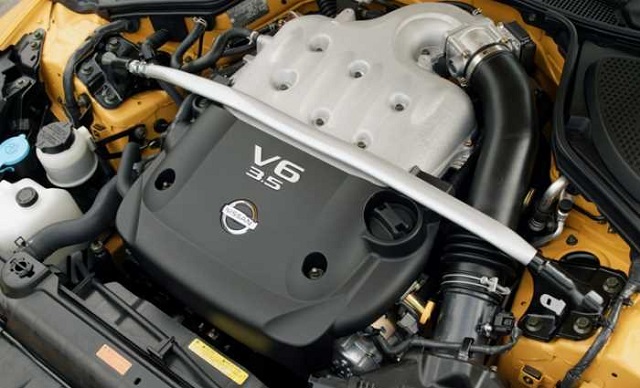 The all-new 2023 Nissan Murano will probably arrive some time in the second half of 2022. We presume that base models will go around 34.000 dollars. The competition will remain the same, which means models like Honda Passport, Ford Edge, Chevy Blazer etc.